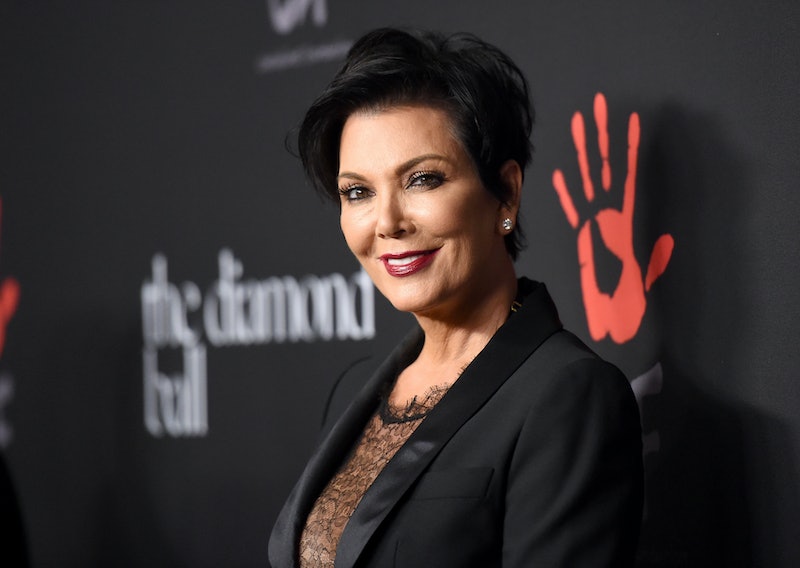 Since news broke Tuesday that Lamar Odom had been found unconscious at Dennis Hof's Love Ranch South in Pahrump, Nevada, support for the former NBA star has been pouring in. Among his staunchest supporters has been his ex-wife Khloé Kardashian, and her mother Kris Jenner. Per reports from outlets including TMZ, Kardashian rushed to Odom's side when she found out he was admitted to the hospital — and reports indicate that by Kardashian's side is her mother Jenner — who has now publicly voiced her support for Odom. On Wednesday evening, Jenner sent a tweet out to her nearly six million followers asking for prayers for Odom.

Odom reportedly remains in critical condition, according to reports from various outlets including PEOPLE . It is amazing to see both Kardashian and Jenner showing so much love and support for Odom — with her daughter reportedly inconsolable, Jenner's tweet and her support is beyond sweet to see.

Jenner has always rallied to support her children and their families in their time of need. The fierce mom is quick to protect her kids — she recently dissed Scott Disick and stood by daughter Kourtney Kardashian following the duo's break-up — and her support of Odom suggests she also believes in not turning her back on those close to her children when they are most in need of positivity, love, and support. Rumors of Odom's addiction have plagued the star for years, and even Kardashian told E! News Odom "had characteristics he needed to change." None of that matters now, though, when Odom needs all of the positive energy he can get.

When it comes to priorities, Jenner's are clearly in place. She is leading by example as she not only shows her support for Odom, but rallies her family to stand with Kardashian during this difficult time. Jenner's daughter Kendall Jenner has also tweeted about Odom's condition and Kim Kardashian is reportedly also at the hospital. When it comes to the Kardashian/Jenner family, they clearly rally around their own when it truly matters.