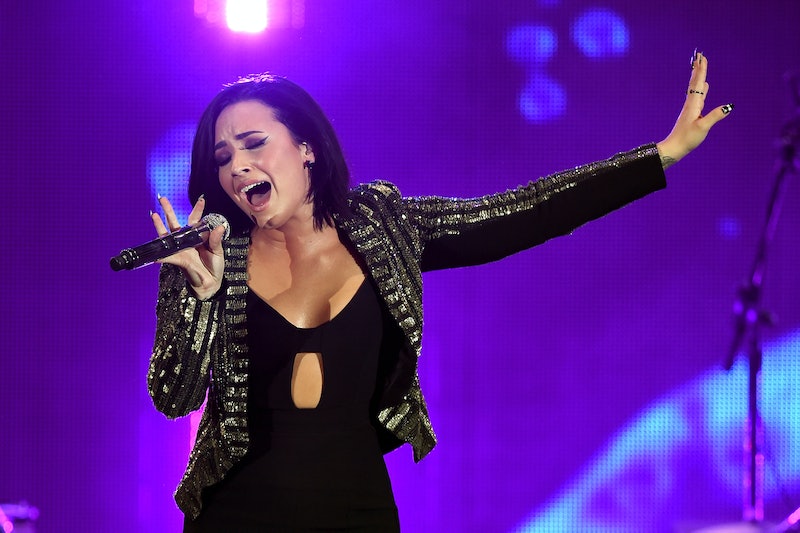 The decision to bare all is a big one for celebrities. America seems to harbor collectively mixed feelings about nudity in the public sphere. While there is certainly a demand for public figures to strip down, there is also the possibility of controversy that can arise from them doing so. But circumstances and reasons for doing so are key factors here, and many celebrities have gotten naked for a bigger cause.

From Miley Cyrus stripping to raise awareness for skin cancer prevention to Alicia Silverstone using her nude shot to promote vegetarianism, some of Hollywood's major players have a bigger goal in mind than the typical pictorial.

This is not to say, of course, that these shots were without controversy. And this is not to say that everyone was necessarily on board with the causes they were supporting, even if they were fans of the celebs that who striped down. But one thing is certain in these cases for the causes: For better or worse, the stars definitely got people talking. And that's one of the most pertinent points of campaigning for a cause, right? Read on to find out more about the causes the stars felt passionate enough about to bare their bodies for.

The "Confident" performer bravely took on a photo shoot with specific requests for no clothes, no makeup, and no retouching. Lovato, who publicly struggled with an eating disorder in the past, wanted to promote a healthy body image for other women.

Sure, sure, the "We Can't Stop" performer gets nude a lot just for the heck of it, but sometimes the pop star does have a bigger reason for going in the buff. Cyrus stripped down to raise awareness and funds for melanoma research.

3. Adam Levine In An Everyman Campaign For Prostate & Testicular Cancer

The Maroon 5 crooner boldly bared it all for a U.K.-based campaign for prostate and testicular cancer awareness in the British version of Cosmopolitan. Check out the NSFW pic here.

4. Taraji B. Henson In A PETA Campaign For Anti-Fur Awareness

The Empire star, following many celebrities before her, made the bold choice to bare all for PETA. Her campaign specifically focused on urging fans and followers not to wear fur products.

5. The Dixie Chicks In Entertainment Weekly For Anti-Censorship

Following the country band's comments criticizing then-President George W. Bush after the Sept. 11 attacks, many radio stations stopped playing their music and other country stars spoke out against the trio. In response, the band stripped down with free speech awareness in mind for the provocative magazine cover.

6. Tristan Wilds In An Everyman Campaign For Prostate & Testicular Cancer

Like Levine, Wilds also stripped down for the Everyman campaign. The 90210 actor and star of Adele's "Hello" video was proud to support awareness for cancer.

7. Pink In A PETA Campaign For Anti-Fur Awareness

PETA has a recurring theme of using nudity in their ads for increasing awareness of animal rights, particularly for anti-fur awareness. And Pink was happy to be part of that theme for a cause she believes in.

8. Mel B In Cosmopolitan For Breast Cancer Awareness

The former Spice Girl posed with her husband to promote breast cancer awareness.

9. Alicia Silverstone In A PETA Campaign For Vegetarianism

The Clueless alum is an outspoken advocate for animal rights, so it was hardly surprising when she joined the ranks of other celebs to promote PETA, in her case her steadfast dedication to vegetarian lifestyle.

Obviously, these celebrities cared quite a great deal to make a big statement about their causes. If nothing else, they did raise awareness of what they cared about. And at the end of the day, that is always a great start.