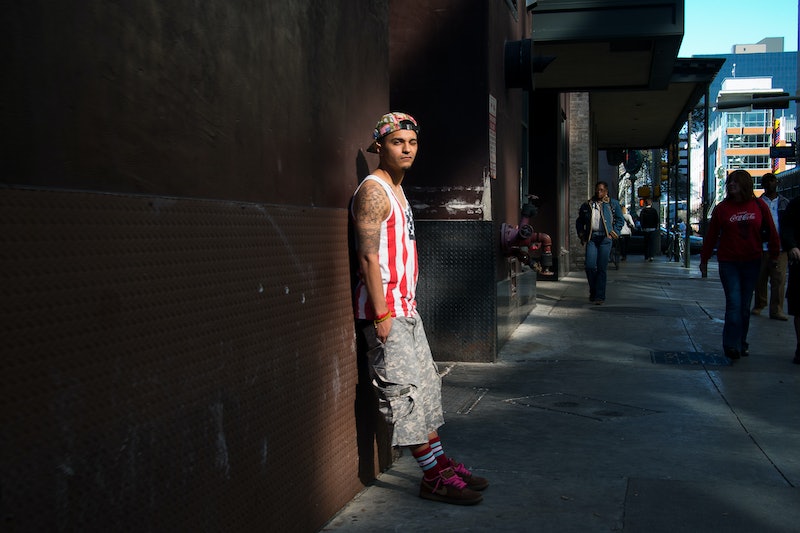 It's a well-established fact that in the game of sexy accents, Americans come in dead last. That being said, researchers haven't let that stop them from trying to determine the sexiest American accent, because science is always analyzing sexual attraction. Perhaps one day they'll figure out one of the most mysterious questions of our generation, aka my inexplicable desire to bang Flo Rida like a screen door in a hurricane. (Haters, please refer to Exhibit A, the "Whistle" music video.)

But I digress. A survey by British Airways recently asked 1,000 U.K. travelers to listen to clips of accents from around the country and rate them by attractiveness, which frankly isn't even in the top 10 of the weirdest requests researchers have made in the name of science. The recordings featured examples of accents from pretty much every major U.S. city, including San Francisco, New York City, Boston, Atlanta, and Miami.

So which city has the sexiest accent — Miami, with its reputation for sun, surf, and sex? Or perhaps it's Las Vegas, which has the well-deserved nickname of Sin City. Plus, it's currently home to a Britney Spears show, and that obviously adds a million sexy points.

Nope. It's neither of those cities. In fact, the sexiest accent is probably the last choice you'd expect. According to the survey, British people think that the sexiest American accent belongs to...

Yup. The respondents voted the New York accent as the most attractive. This accent is the sexiest in America.

Oh yeah, and they also said that Boston accents sound the most intelligent. I would be offended, but I came to terms with the fact that everyone thinks my accent makes me sound dumb a long time ago.

I think I need to lie down.