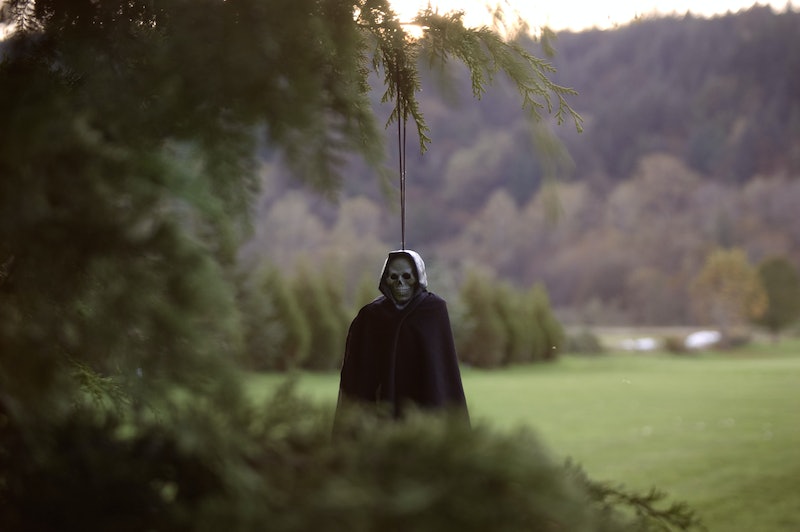 Halloween is a spooky, spooooooky time — but let's not forget that it's not all just about creative costumes and creepy ghost stories. A number of surprising things have happened on Halloween, and I'm willing to best you didn't know about a lot of them. Yes, lots of horrible crimes have happened on the day, and yes, actual people dressing up like skeletons and walking around for fun makes it a pretty eventful day in history. But so much has happened on that day that would give any decent person chills, from River Phoenix dying to Vanilla Ice being born. (Was that a bat I heard screeching? The wind howling? Or just your mind being blown?)

Now, I know what you're thinking: Don't important things happen on every day in history? Isn't that just the statistical reality of thousands of years of human existence? My answer: Yes, of course. But don't be a killjoy — Halloween is a special day, when the veil between the spirit world and the mortal world is lifted, or something like that I read in a children's book once. Huge things that happen on that day take on an added, unearthly sense of mystery. So gather 'round, witches and warlocks, and enter Bustle's creeeepy Hall of History. Legend has it that a ghost haunts this blog post, and sometimes, when you click to share the post on Twitter, you can hear her faintly clapping.

(Probably goes without saying, but he's the guy on the left.)

He made the trains run on time (or so he claimed!), founded Facism, murdered his rivals, supported the Nazis, and was executed by his people. But first, this dictator had to come into power, and that he did, on Halloween 1922. That really should have been a tip-off that this guy was up to no good!

Anything magic is very spooky, and so we have to highlight the October 31, 1926 death of the magician, at the age of 52. Ironically, there was nothing Houdini loved more than debunking fake paranormal activity; he was a real Dana Scully who was constantly proving psychics, mediums, and ghost photographers wrong. So of course, the spirits of Halloween must have taken revenge (via a ruptured appendix) on the scariest date of the year. Houdini's widow held a seance every year on Halloween for ten years after, since Houdini told her that, if there was an afterlife, he would send her the secret message "Rosabelle believe" through a medium. She was never convinced.

3. Michelangelo Finished "The Last Judgment" On the Ceiling of the Sistine Chapel

There are some Christians who don't like Halloween because they think it glorifies demons (which is fair, IMO), and so to them I present the scariest Halloween thing of all: Judgment by God. My skeleton is rattling just thinking about it!

4. The Donner Party Set Up Camp for the Winter

I'm sure Halloween isn't an foreboding time to set up camp after failing to get through Donner Pass. What's the worst that could happen — becoming synonymous with cannibalism?

More like this
What The History Of Pride Month Means For Celebrations Today
By Jay Polish
25 Quotes About Love To Share During Pride Month 2022
By Madeleine Aggeler and Emma Garza
'Black Mirror' Season 6 Is Reportedly In The Works, Here’s What To Expect
By Maxine Harrison
TikTok's Favorite Bartender Thinks Mimosas & Bloody Marys Are Out For Brunch
By Alexis Morillo
Get Even More From Bustle — Sign Up For The Newsletter