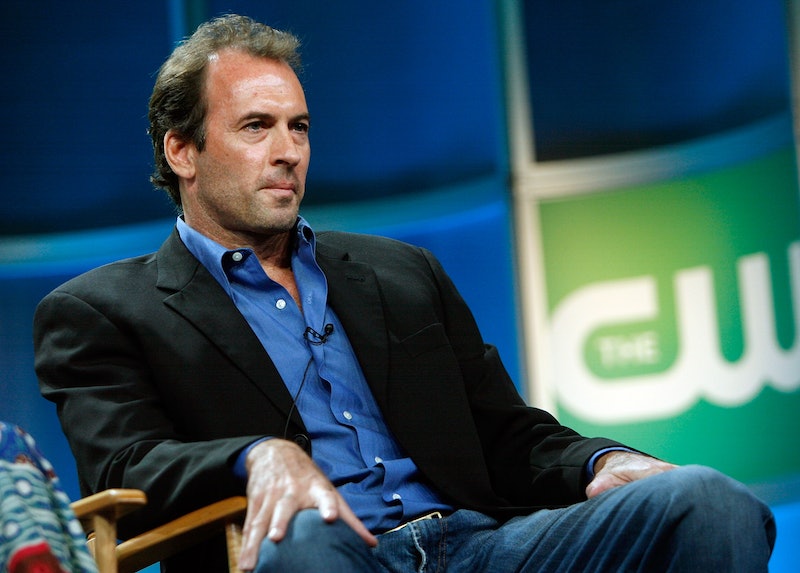 Oh my Stars Hollow, are any of us going to calm down from the news that Netflix may revive Gilmore Girls in a limited series? How many times has a Gilmore Girls revival been rumored over the years? How many times have you dreamed of what would happen if Amy Sherman-Palladino got to reclaim her series and finally tell us those last four words. Think about it! We can finally get the Gilmore Girls ending we deserve. This might even help sooth the hurt that was Bunheads' getting cancelled. Though Netflix, if you're listening, I wouldn't complain if Bunheads was at least streaming on your service. Help a ballerina out.

Plenty of cast members have denied the possibility of a reboot or a movies, no matter how many times fans have asked for one. That's fair, if nothing was happening. I don't fault them for it. Despite the Age of Reboots that we are living in, I know we can't live in the past forever. However, between the years 2007 and 2015, there have been positive rumblings and the buzz has never completely died out. Here are a few examples that prove the cast and creators are just as excited as we are for the prospect of more Gilmore instead of less.

In an interview with Kevin Porter and Demi Adejuyigbe for their podcast, the former Gilmore Girls star hinted that "talks" were happening but didn't go into details.

In an interview with Michael Ausiello for Entertainment Weekly, the creator and showrunner admitted that, having left Gilmore Girls before the series ended, “I wanted different things for Rory. I wanted her to follow a different sort of path… [go] off on her own adventure, which I guess she sort of did. I haven’t [actually] seen the last season, but I heard about it from other people.” She also refused to deny the possibility of anything more, because there is always story to be told.

3. Lauren Graham Talks Us Down

Let's throwback to this old interview with Michael Ausiello for Entertainment Weekly from 2009, when she was starring in a different sort of revival — Guys and Dolls on Broadway. When asked about the prospect of a Gilmore Girls movie, Graham said "Mike, Gilmore Girls is over. You’ve got to move on. [...] You start those rumors. You start these rumors just like you started the Wonder Woman movie rumor and then you call me and say, 'There are rumors out there that say the following…' I’m onto your little game, Ausiello!" We've come a long way.

4. ATX Reunion Gets Everyone Pumped

But also addresses rumors of a Gilmore Girls movie and shoots them down once again. Well, obviously a movie just wasn't enough? We don't live in the age of movies follow-ups anymore. However, in the panel, Amy Sherman-Palladino said that "here's the good thing: Nobody here hates each other. It would have to be the right everything — the right format, the right timing. It would have to be honored in a certain way. If it ever came around, I think we would all jump in and do it." She also said that if it ever happened, she'd make sure it was done right. Has all of this come together in the past year?

This is a brief chat, the hinting doesn't go beyond internet rumors (unless you want to read into the way Alexis Bledel says they haven't heard anything official about a movie) — but the best tidbit is that apparently Lauren Graham had a housekeeper that loved to blast Gilmore Girls reruns and sing along with Carole King? I love it.