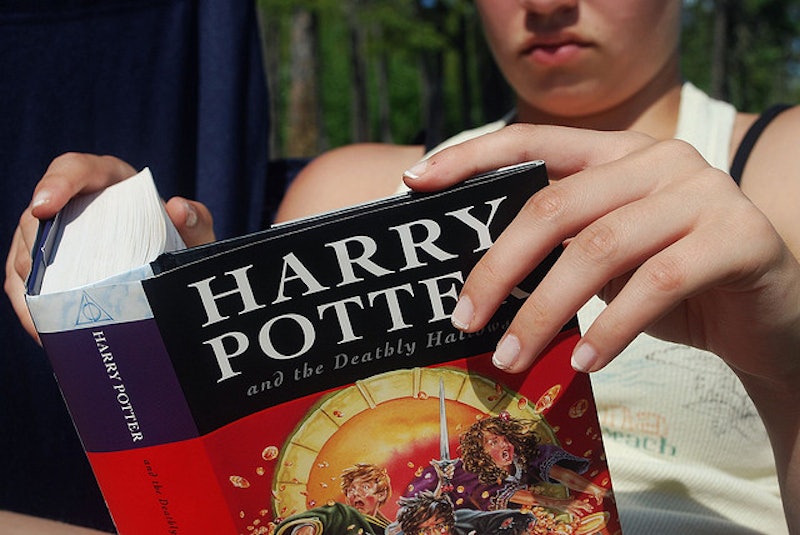 You know everything about your favorite book. You know all the backstories, all the secrets, and you even know everything that happens after the book ends — but have you ever thought about how different it all could have been? What if your favorite character didn't make it to the end of the book alive or the couple you were rooting for never found each other? What if something as simple as the title was different: Would you have ever picked the book up at all?

It's hard to imagine a book you love could be anything other than what it is, but in an alternate universe, the author could have completely transformed your favorite novel into something completely unrecognizable. I know, the thought is almost too much to bear.

The Harry Potter series is loved by readers young and old, and over seven books, readers have gotten to know the series inside and out. We love the characters, obsess over the story lines, and constantly ask questions about what happened after the epilogue. Luckily for us, J.K. Rowling has been kind enough to feed our curiosity with stories about Harry, Ron, and Hermione's lives after the official end to the series, but she has also told us things we may or may not have wanted to know — like how the series was almost completely different.

Although you can't imagine Harry Potter being anything other than the spectacular series that it is, here are seven ways it was almost completely different.

Ron Was Almost Killed Off

J.K. Rowling said she wouldn't kill the Golden Trio, but since finishing the books, the author has revealed that she thought about killing Ron off "out of sheer spite." Luckily for Ron-lovers like myself, though, the beautiful, hilarious red head made it until the end of the series.

Mr. Weasley Almost Got The Axe, Too

Maybe Rowling didn't love the Weasley's that much after all, seeing as she almost killed Ron and his father, Arthur. In Harry Potter and The Order of the Phoenix, Rowling was going to let Arthur die, but decided she couldn't part with him. Instead, she killed Sirius, and TBH, I'm a little upset it didn't go the other way.

Could you imagine a world where Harry Potter didn't make it out of his own series alive? Well, believe it or not, Rowling also admitted the Boy Who Lived almost died. Dumbledore AND Harry? that would have been a hopeless world in the end.

Harry And Hermoine Almost Ended Up Together

First she tells us that everyone almost died, and then Rowling admitted that she should have had Hermoine and Harry get together in the end, essentially meaning true love doesn't exist? If Harry was with Hermoine, he and Ginny couldn't have been together, and what the heck would Ron have done? IMO, I'm thrilled this pairing didn't happen.

So Did Luna And Neville

The cutest two nerd that walked the halls of Hogwarts almost ended up together. Though it would have been tied up too neatly, according to Rowling, the author almost let Luna and Neville fall in love. Imagine how bizarre but totally adorable that romance would have been. If only.

Everyone Almost Had Even Weirder Names

Would Draco and his whole family had been the same if their last name was Spinks? What about Hermoine Puckle? Yeah, I didn't think so either, but Rowling revealed what the Harry Potter characters' names almost were — but I think we're all happy with what they ended up with.

The Books Almost Had Different Titles, Too