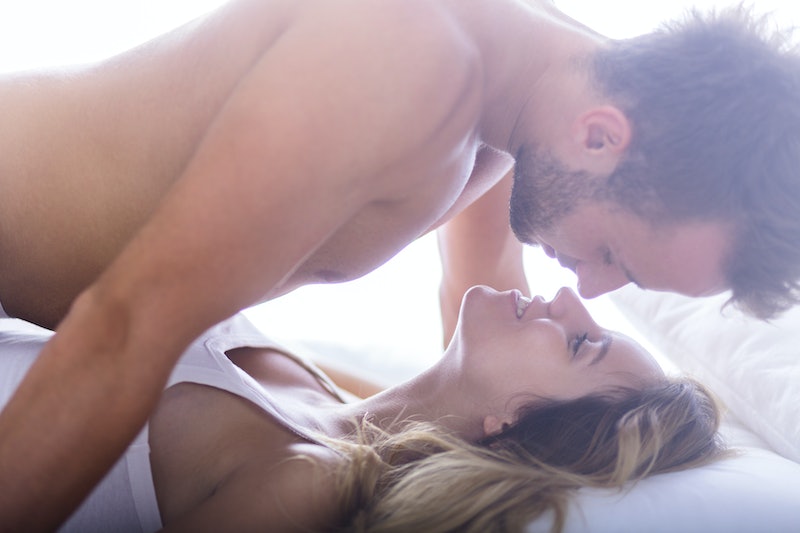 You've certainly heard about the female G-spot, but actually men have one too, the prostate. And, it not only leads to more intense orgasms, but prostate play leads to multiple orgasms, too. Prostate sexuality is a pretty zipped-up subject, but it's high time to unzip it, as it were. As part of that initiative, LELO recently released a prostate massager with a "come-hither" motion, the LOKI Wave. Joining brothers Hugo, Bruno and Loki, three prostate massagers released in September, the Wave is the fourth in a series of contributions in shattering the stigma attached to prostate play.

“Men are finally understanding that the key to more intense male orgasms is via the prostate," Steve Thomson, LELO marketing director says in a press release. "The last sexual taboo is prostate orgasms, and we are very happy to say it looks like this taboo is well on its way to being broken.” Well, I don't know if it's the last one, but it's certainly on the list.

The Loki Wave curls back and forth in a beckoning motion, beckoning, if you will, an orgasm to come hither from the prostate. (You're welcome.) It has two motors to stimulate the prostate and perineum simultaneously and guarantees a "life-changing orgasmic experience."

So what are the things to know about prostate play — and how do you even give him a prostate orgasm (or two), anyway? Here's what you need to know.

How To Have A Prostate Orgasm

"A prostate orgasm is an orgasm in men reached primarily through stimulation of the prostate gland rather than the more conventional penis," Beverly Hills child, parenting and relationship psychotherapist Dr. Fran Walfish tells Bustle. "The organ is often compared to the G-spot in women, which reportedly induces more intense orgasms than sole stimulation of the genitals."

A quick how-to: "Most men interested in having a prostate orgasm do so by massaging the gland through the anterior rectal wall accessed via the anus," says Walfish. "People can use their fingers or other implements the locate the chestnut-sized organ and gently rub it. If the intensity and frequency of the stimulation is sufficient, individuals will be able to achieve orgasm."

Be careful, though: "Overstimulation brings the risk of rupturing the rectal wall, severe damage to the organ, and increased risk of serious infections," says Walfish. You've been warned.

The Prostate Orgasm Is Real — And Powerful

It's possible to cause a prostate orgasm sans any direct penile stimulation, says Walfish, after all, a third to a half of the penis is inside the body. Just go for the prostate: "Individuals have found that more direct stimulation of the gland results in sensations comparable to sexual pleasure, making a prostate orgasm fully possible," she says. "In many reports, prostate stimulation has been found to be more intense than genital stimulation, leading some men to prefer prostate orgasms over conventional ones."

The Prostate Is The Key To Multiple Orgasms For Guys

Prostate multiple orgasm is not a holy grail. I mean, it is — but it's not a unicorn. OK, there we go. Metaphors in check (and on fleek). According to an epic reddit thread, multiple orgasms via prostate massage are just a hop, skip and a jump away or whatever.

One of Johnston's clients reported:

"This pumping of my prostate are mini orgasms (I assume) and they feel great. My entire body is hot, shaking, and feeling really amazing. I can do this for about an hour and maybe a little longer."

For more, you might want to check out this LoveHoney video.

How Does The Prostate Factor Into An Orgasm?

"The prostate plays two roles in men’s sexual response cycle," sex and relationship coach Charlie Glickman, Ph.D., tells LELO. "First, it produces a portion of the fluid that becomes semen. During arousal, the prostate starts to fill up with this fluid, which is then mixed with sperm from the testicles and fluids from the seminal vesicles to become semen." Simple enough.

"The prostate is also part of a man’s pleasure response," Glickman, the author of The Ultimate Guide to Prostate Pleasure, says. "When the gland releases that fluid into the urethra, it squeezes and contracts." This is the sensation that many men describe as "the 'point of no return' feeling that happens just before ejaculation." he says. "Some guys say that a prostate massage feels like the 'start of an orgasm,' but it can last a lot longer than a few seconds."

Prostate Massage Is Still Taboo — But Not For Long

"When we wrote The Ultimate Guide to Prostate Pleasure , we asked men what concerns they had. Over and over, we heard guys say that they were worried that enjoying prostate massage meant that they were gay,"Glickman tells LELO. A straight man worrying he's gay because he likes a prostate massage now and again: "That’s one of the big taboos," he says.

"Sexual orientation is about who you’re attracted to," Glickman says. "What kinds of sensations feel good to you is about where your nerve endings are. Gay men don’t magically get born with extra nerves, and heterosexual men aren’t missing any. Your sexual orientation has nothing to do with what feels good to you." Boom.

Using A Prostate Massager Versus A Finger

"Massagers make it a lot easier to explore prostate play on your own," Glickman tells LELO. "It can be tricky to reach your own, so a pleasure product can help a lot."

Even with a partner, those hands and wrists can get tired. "Many men enjoy prostate massage for longer than their hands or their partner’s hands can keep going," he says. "A toy will have you feeling amazing for a lot longer, so you can enjoy that much more pleasure. Plus, massagers are easy to combine with partner sex, like oral sex or intercourse."

Since there isn’t a lot of funding for research on the prostate, Glickman tells LELO, it's difficult to say exactly how prostate massage might affect prostate health. But there are a few things that haven't been proven but definitely make sense. "Massage increases blood flow, especially if it’s part of a sexual experience," he says. "That’s definitely a good thing for the prostate."

A prostate massage can loosen things up, and Glickman says that some men have firmer erections because the pelvic muscles are more able to do their job."The more aware a man is of his prostate, the easier it is for him to take care of his health,"Glickman says. "For example, it’s possible to get a bacterial infection in the prostate, and when you know where your prostate is, you can tell a doctor what’s going on. That’s a lot easier than having discomfort or pain and not knowing what’s going on."

It's worth noting that the topic, since so little researched, is controversial. According to Walfish, "Some experts believe a prostate orgasm can reduce symptoms of and prevent specific prostate diseases, while other experts believe the methods used to induce the orgasm can result in numerous health risks." Proceed with caution and awareness.

To sum it up, check out this infographic from LELO, which pretty much covers it all.