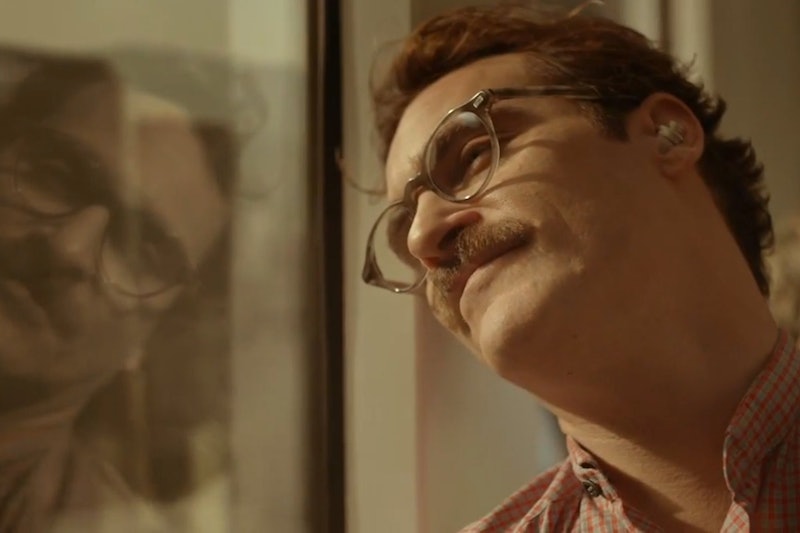 The New Year rang in with a flurry of box-office smash hits, most garnering Golden Globe nominations and intense Oscar buzz. Hollywood witnessed impressive performances from actors and actresses alike, from Leonardo DiCaprio’s money-hungry role in the Wolf of Wall Street to Jennifer Lawrence’s return as the eccentric comic relief of American Hustle . However, while both sexes appeared on the silver screen in this year’s film lineup, there was a serious imbalance when it came to plot. Simply, the men were the focus while the women were merely players.

The Wolf of Wall Street, Her, American Hustle, Captain Phillips, 12 Years a Slave, and Rush are the film titles we have been repeating in our sleep since their releases. Golden Globe-nominated, the films emphasize the performances of Hollywood’s leading male royalty, including Tom Hanks, Brad Pitt, Leonardo DiCaprio, and Joaquin Phoenix. While it all seems plain and good, if you look critically at the plots of all of these films, they highlight the lives of men without any authentic regard for the female perspective.

The Wolf of Wall Street focuses on the philandering of Jordan Belfort, played by DiCaprio, and his band of swindling men. The only main female presence from the three-hour hazy drug saga is that of Belfort’s wife, Naomi, who is written as a careless, manipulative, and money-hungry woman, severely lacking in any depth or admirable traits. American Hustle is the tale of yet another crew of con-artists lead by Christian Bale and Bradley Cooper. While Amy Adams and Jennifer Lawrence have been praised for their performances, their characters still boil down to a manipulative seductress and a silly, meddling half-wit. The trend continues. Her is about a man who falls in love. The female presence? A machine. Captain Phillips is about a crew of men who are fighting off another crew of men. Rush is about two men who race each other. Notice a pattern?

If the Golden Globe lineup isn't evidence enough, the list of upcoming new releases paints an even sadder picture for female audiences. Brace yourself. Transformers: Age of Extinction, The Amazing Spider-Man 2, Fast & Furious 7, 22 Jump Street, The Legend of Hercules. Are you underwhelmed yet?

The main rebuttal to this reoccurring issue is that these stories must focus on men because they are simply about men. While this is absolutely true, the question remains — why aren't there more films about W-O-M-E-N? Just as many women go to the movies as men, according to the MPAA's Theatrical Market Statistics for 2012, so there is clearly a consumer interest.

With a laundry list of capable actresses in Hollywood, talent does not seem to be the problem. Neither does the box office. Hollywood films with strong female characters make billions more than films that focus solely on men. Disney's newest female-driven animated film Frozen proves this very point as it beat the latest installment of Paranormal Activity after already a month of release.

Frozen is one of only four films released as of late that feature female leads in a female-centered plot. The other three are Philomena, August: Osage County, and Gravity. If you looked up the definition of bleak, those last two sentences would probably come up as a result.

More like this
At 14, Rachel Sennott Had A Sexual Awakening While Reading 'Twilight'
By Samantha Leach
What’s New On Netflix: 'Never Have I Ever' & 'Indian Matchmaking' Return
By Arya Roshanian
Christina Perri Reacts To Her 'Twilight' Song Being One Of YouTube's Most-Viewed Ever
By Radhika Menon
Jamie Foxx Revealed The Question That Got Cameron Diaz To “Un-Retire”
By Grace Wehniainen
Get Even More From Bustle — Sign Up For The Newsletter