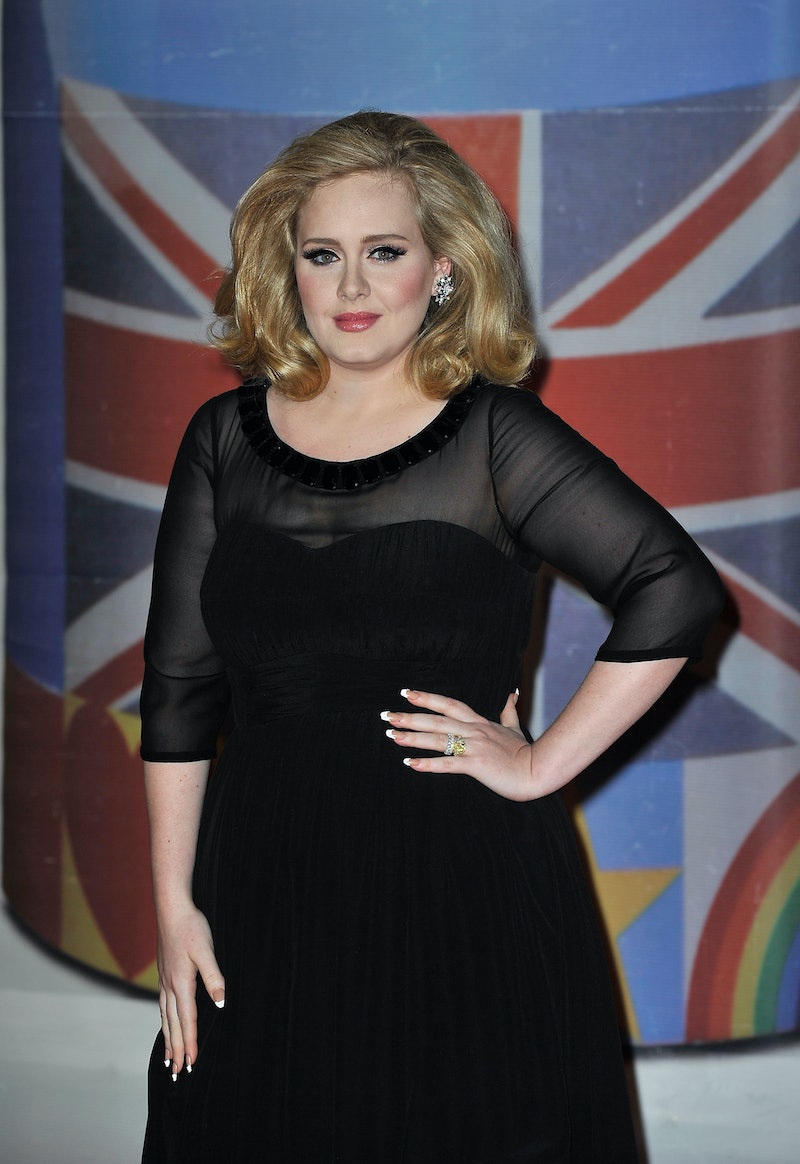 She's about to enjoy another enormous success nearly five years after releasing her break-up album 21, but this time Adele will do it with the support and love of boyfriend Simon Konecki. This morning, the 27-year-old British singer released the first single off her upcoming album 25 , titled "Hello," and judging by the hysteria it has managed to create in less than 24 hours, you can bet she's going to have plenty of more reasons to celebrate her success with Konecki in the future. The 41-year-old father of their 3-year-old son Angelo has been a presence in Adele's life since at least 2012 — but how did Adele and Simon Konecki meet?

Adele was raised by a single mom in North London, while Konecki hails from New York City, was born to a wealthy family, and lived in the U.S. for 10 years before moving to the United Kingdom and attending the very posh Eton school. At the crazy young age of 17, he became a foreign exchange broker and went on to secure a top management position at Lehman Brothers. Adele, meanwhile, was attending a public music school and receiving encouragement from her artsy mom to explore her unbelievable talent. So far, you've got what seem like polar opposites.

Fast forward a few years. After Konecki reportedly got tired of seeing such an enormous disparity between the wealthy and those who are less fortunate, he began dedicating his life to doing good for others. This led to his creation of the charity organization Drop4Drop, which works to ensure people all over the globe have access to clean water, despite their economic situation. At the same time, Konecki married a fashion stylist named Clary Fisher in 2004, but they later split in 2010.

Adele, who is extremely private about her personal relationships, probably met Konecki in 2010 or 2011; although it is unclear exactly when and how they met (I told you, she's private.) Around the same time, it was reported that the singer required backstage guests at her concerts to contribute a minimum of $20 when picking up their tickets so that it could be donated to the charitable organization Sands, which supports anyone affected by the death of a baby, either during or shortly after childbirth. Adele also supports Amnesty International, so it now starts to become clear that the couple actually share a lot more in common than most might believe.

It's unclear whether Konecki inspired Adele after they met to use her position to help others or if they connected because they share that desire in common. The two became an official public couple after they were spotted hanging out together in Florida in 2012 at Everglades National Park. At that point, a source told Us Weekly, "Adele was taking pictures of him and the scenery... they were having fun and were very comfortable with one another."

Sometimes things are just meant to be. In the case of Adele and Konecki, it's clear they have a special connection and it's exciting to think of the songs he may have inspired her to write on 25. Bring it on.

More like this
Who Is Betty Who Dating? The Australian Singer Is Married To Her Tour Photographer
By Radhika Menon
You Might Want To Rewatch 'Elvis' For This Britney Spears Easter Egg
By Grace Wehniainen
Sadie Sink Would Escape Vecna From 'Stranger Things' With This Taylor Swift Song
By Grace Wehniainen
Zooey Deschanel Can't Be Anyone But Herself
By Samantha Leach
Get Even More From Bustle — Sign Up For The Newsletter