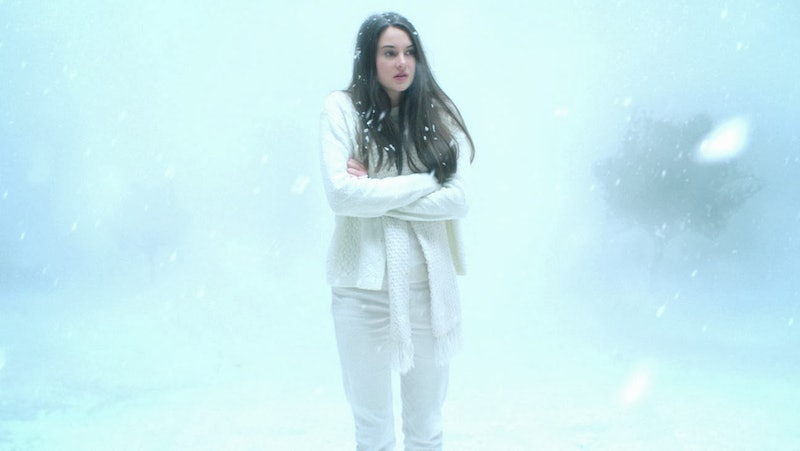 For most people, January is basically the worst month ever, but if you're a film lover, then the first month of the year might just be your favorite, because January is when some of the country's biggest film-related events all the place. There's the Golden Globes, the Oscar nominations, and, of course, the Sundance Film Festival. The festival, which takes place over eleven days in mid-late January, is where some of the best, most anticipated films of the coming year have their premieres. Some past examples of major movies who first showed at the festival: Once. Before Sunset. Precious. Garden State. And Sundance isn't just about indies; Four Weddings and a Funeral and Memento also premiered at the festival, 20 and 14 years ago, respectively. This year's Sundance line-up was announced last month, and there's already much to be excited for, including the festival's nearly equal ratio of male and female directors. The movies selected for premiere look to be an exciting mix of drama and comedy, with a perfect balance of old and new stars.

Ten of the most-anticipated films from the festival, below:

About: A wannabe musician (Domhnall Gleeson) who joins a pop band led by the myserious Frank (Michael Fassbender), a musical genius who hides under a giant fake head. Directed by Lenny Abrahamson.

Why We're Excited: It's weird in an awesome, original way. Plus, Fassbender.

About: The reckless, fame-hungry residents of a small upstate New York town. Directed by David Cross.

Why We're Excited: It's directed by Tobias Funke. Need we say more?

About: An immature 28-year-old (Keira Knightley) who freaks out over a marriage proposal and starts hanging out with teenagers. Directed by Lynn Shelton.

4. White Bird in a Blizzard

About: A young woman (Shailene Woodley) whose life is thrown into chaos when her mother (Eva Green) suddenly disappears. Directed by Gregg Araki.

Why We're Excited: We'd watch anything The Fault in our Stars ' Shailene Woodley is in, but White Bird sounds hugely compelling.

About: The life of the late film critic Roger Ebert, who died early last year. A documentary directed by Steve James.

Why We're Excited: Ebert was beloved by all, and a film documenting his extraordinary life, blessed by his wife, is a definite must-see.

About: A futuristic world where a teenage boy (Nicholas Hoult) might fight for survival after water becomes scarce. Directed by Jake Paltrow.

Why We're Excited: A teen-led dystopia that actually sounds good? We're on board.

About: A odd, sweet man (Ryan Reynolds) whose relationship with a woman (Gemma Arterton) takes a terrible turn. Talking dogs are involved. Directed by Marjane Satrapi.

Why We're Excited: That cast, and that director (Satrapi wrote Persepolis). Also, a plot that sounds awesomely, Bernie-ish weird.

About: A satire of a certain type of romantic comedy, in which a lovable, awkward New York Jew (Paul Rudd) falls for an adorkable woman (Amy Poehler). Directed by David Wain.

About: Nick Offerman's one-man comedy show, which includes his 10 tips for living a more prosperous life. Directed by Jordan Vogt-Roberts.

Why We're Excited: It's Ron Swanson. What more could you want?

About: The unlikely friendship between a grieving father (Billy Crudup) and a young musician (Anton Yelchin) who form a surprisingly successul rock band. Directed by William H. Macy.

Why We're Excited: A smart-sounding story, a talented ensemble (well, we'll see about Gomez), and a collaboration between Best Couple Ever Macy and Huffman sounds like a pretty perfect movie to us.

Image: Why Not Productions

More like this
These 25 International Horror Movies On Netflix Prove Fear Is A Universal Language
By Bustle Editors
What’s New On Netflix: Ana De Armas’ 'Blonde' & A Nick Kroll Special
By Arya Roshanian
Here’s Everything Coming To & Leaving Netflix In October
By Jake Viswanath
At 14, Jurnee Smollett Was Taking Meetings With Missy Elliot & Lauryn Hill
By Chloe Foussianes
Get Even More From Bustle — Sign Up For The Newsletter