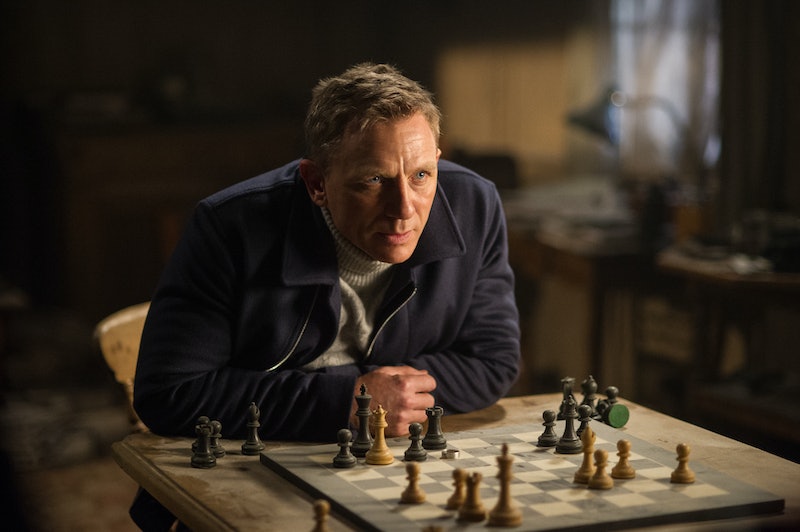 Everyone knows that a good Bond soundtrack is the ideal complement for martini swilling and saving the world. And with Spectre hitting theaters on Nov 6, the music from the film should be available soon as well. I've had Sam Smith's Bond theme on repeat since "The Writing's On The Wall" was released in September. The track captures the sophistication and danger that comes with any movie in this franchise, as well as a melancholy tone that's specific to Daniel Craig's tenure as a more introspective Bond than his predecessors. I have good news for fans who like the sound of Spectre so far and can't wait to hear the rest: the Spectre soundtrack will be released on Nov 6, the same day that you'll finally be able to see the movie in theaters.

The bad news is that Sam Smith's spy ballad won't be on the album. The Spectre soundtrack features 26 instrumental tracks by composer Thomas Newman, who's also responsible for the scores of The Shawshank Redemption, American Beauty, and Skyfall, among many others. The tracks can't be purchased as single songs on iTunes, but the entire album is available to pre-order for $11.99. iTunes does not have preview snippets available at the moment, though a quick read through the track names gives some hints about what audiences will hear and see in Craig's third outing as pop culture's favorite spy. My favorite track names are "A Place Without Mercy," "Kite In A Hurricane," and "Out Of Bullets." Oooh, ominous! The album, which can also be pre-ordered on Amazon for $11.49 for download and $18.98 for CD, does include an instrumental version of "The Writing's On The Wall." Or, as I like to call it: a karaoke version.

Of course, the full version of Smith's tune can be purchased separately on iTunes or Amazon for $1.29, or streamed for free on Spotify. And some industrious YouTube users have put together playlists like this one, what strings together a medley of Bond themes. They're guaranteed to make every task you do during your work day feel 150% more epic and covert.

But what about the score itself? Daniel Craig was asked by ClassicFM to describe the role of music in the film, and he commended Newman's grasp of story. "What he's managed to do," Craig said. "It becomes another character in the film...you can elevate people's emotions so brilliantly. He's done a brilliant job with it." The actor didn't cop to crying upon hearing the album's tunes, but Craig also confirmed that Smith's theme got him where it counts. "I got a little emotional," he said of hearing "The Writing's On The Wall" for the first time. "I got emotional because I realized we have a winner."

So according to the current James Bond himself, the Spectre soundtrack will be well worth the wait.