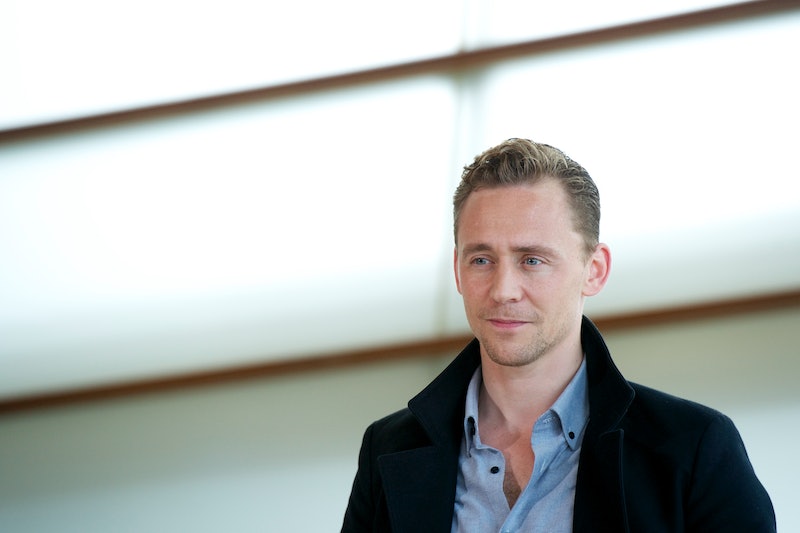 Whether you know him from The Avengers or Crimson Peak or Only Lovers Left Alive, Tom Hiddleston's no longer one of those faces you pause over, wondering, "Who's he, again?" No, he's now a star in his own right. Hiddleston inspires legions of devoted fans cooing over his bone structure and lanky frame and tight-lipped smile. But prior to his role as Thor's Loki (he initially auditioned for the role of Thor, but the filmmakers decided he was better suited to the evil adopted brother), Hiddleston appeared in a number of arthouse films and small television productions. These six underrated Tom Hiddleston roles show that there's a reason his fans are so excited to see him land a new part, whatever the production.

Even after his success in the massive Marvel universe, Hiddleston still frequently accepts smaller roles (after all, it's hard to equal the glamour of a one-time ruler of Asgard). Beneath the veneer of elaborate costumes and a massive budget, its easy to forget that Hiddleston is a serious actor. (Not that blockbuster films and a serious cast are mutually exclusive — rather, the frills of production can occasionally distract from the performances that make up the movie.) He's logged quite a lot of screen time over the past four years since Thor, on both television and film. These are just a few of the best, both pre- and post-Marvel, and some of the least recognized.

Okay, so maybe this isn't the best example of "serious" acting, but Muppets Most Wanted is a great romp. (78 percent on Rotten Tomatoes!) Take The Pink Panther, subtract Steve Martin, and add Kermit the Frog. Hiddleston plays the Great Escapo, an escape artist who can fight his way out of chains with ease.

In his third collaboration with Joanna Hogg, an acclaimed British director, Hiddleston plays a real estate agent for a childless couple who decide to sell their house.

Hiddleston's first work with Hogg is also one of his best performances — he plays the upper-crust ringleader of a band of young men and women in Unrelated. As the New York Times noted in a review, Hogg's work has a tendency to critically examine the lifestyles of the upper middle class, of which Hiddleston's character Oakley is a pretty snobbish member.

A quiet portrait of malaise, "Are you sure you're doing the right thing?" is a constant refrain in Archipelago, for Hiddleston's character and others. It's his second collaboration with director Joanna Hogg, and probably his finest.

Maybe it's not the most underrated, given that the second autofill option for Midnight in Paris on YouTube is "midnight in paris tom hiddleston." But Tom Hiddleston plays an excellent F. Scott Fitzgerald alongside Alison Pill as Zelda, and it's certainly underrated in comparison to the rest of the cast. It's tough to be a standout alongside Owen Wilson, Rachel McAdams, Léa Seydoux, Adrien Brody, Carla Bruni, and above all, Marion Cotillard, but Hiddleston manages.

Kenneth Branagh stars in this BBC adaptation of this Swedish police procedural, and honestly the combination "Branagh-BBC-Sweden" is enough to pique my interest. Scandinavian crime dramas are known for their grit and unflinching aesthetic (just think of the American adaptation of The Killing, or Stieg Larsson's novels, or those of Jo Nesbø). Hiddleston had a recurring role as Magnus Martinsson in the early episodes, though the show worth watching even after his departure.

These roles show what a chameleon Hiddleston can be. He can be playful and childish (see: Muppets), charming and erudite (Midnight in Paris), or understated and naturalistic (any of his work with Joanna Hogg). While the six films here might not have the wide audiences of Crimson Peak and the Marvel movies, they're every bit as worthwhile a watch — especially if you're looking for Hiddleston deep cuts.