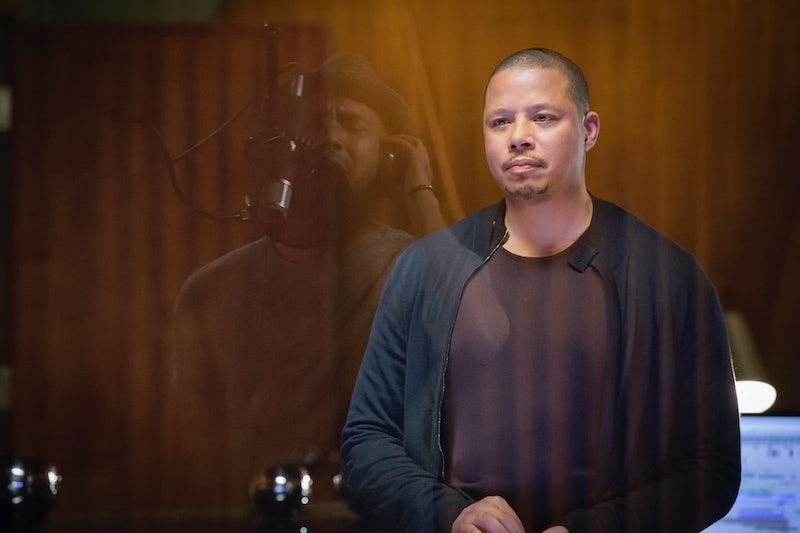 Horror of horrors, there is no new episode of Empire this Wednesday, thanks to dumb sports or whatever. I'm kidding; the World Series is very important. However, how are we going to manage until Empire comes back? Especially after that cliffhanger! Hakeem is in trouble, and we're gonna need some tunes to calm our nerves during this brief hiatus.

If you're willing to wait for it, here are some Empire songs to listen to this week. That is, if you're done listening to covers, remixes, mashups, and parodies of "Hotline Bling," because that's an equally worthy use of your time and I respect it. However, those will always be there for you, unlike Empire during the World Series.

The progression of my Empire waiting playlist (waitlist?) may or may not resemble the five stages of grief. We've lost something important this week and we're going to get through this together. Besides, Empire will be back soon enough and everything will be OK. We'll get some answers about the feud between Empire and Dynasty and the toll its taking on the Lyon family. The plot will twist even further. We'll get even more songs to jam to on blasphemous non-Empire days. Until then, kick back and let the sounds of Empire sooth your soul.

Maybe you're in denial. Maybe you're still jamming to last Wednesday's hits. This girl is amazing, so I don't blame you.

Don't think about how much it sounds like "Drip Drop." This will get you through the "anger" stage of your Empire withdrawal.

For your Hakeem feels.

Once upon a time, Hakeem had a great girl group and Cookie was a choreographer thanks to jail, and I miss those times.

The week is too long! Everything is terrible. I was wrong and now it's time to wallow in emotions.

Now you're singing along. There's hope at the end of this hiatus tunnel.

When your depression hits the nostalgia period, listen to this and remember the good times while electric sliding around your living room.

Yeah, that's right. You're not apologizing for how much you love Empire and you're not afraid to show it.

"No Doubt About It"

MESSAGE FROM PITBULL: You're gonna make it until the next Empire episode if you keep this on repeat. The hiatus is almost over. We did it.

More like this
After 'Heartstopper' Used This Indie Artist’s Song, Streams For It Soared 8,000%
By Alyssa Lapid
10 Eurovision Moments That Celebrate The Weird & Wonderful Camp Extravaganza
By Sam Ramsden
Love Of Huns' Definitive Guide To A Seminal BRIT Awards Moment
By El Hunt
Sophie Ellis-Bextor Turned Down Being A Eurovision Judge For This Wholesome Reason
By Rachel Mantock
Get Even More From Bustle — Sign Up For The Newsletter