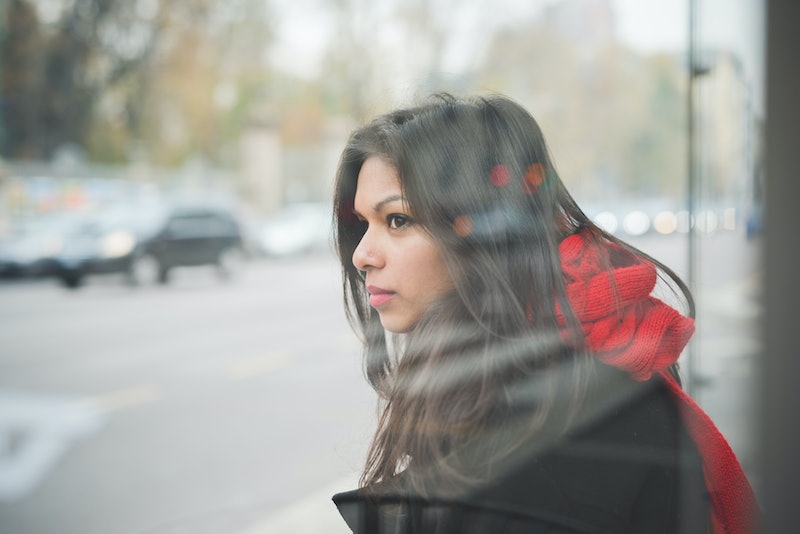 Sometimes it's hard to tell when someone is blowing you off. Whether you’ve only been dating a couple of weeks or things are getting a little more serious, the fact of the matter is that people ghost. And before they ghost completely, sometimes they start leaving clues. They’re usually pretty obvious — unanswered texts, broken plans, being extra busy, and the like. But these things can appear to be more subtle to the person who is on the receiving end of the ghost.

I think one really important part of this phenomenon is to remind yourself that it happens to the best of us. And while being blown off is a little less severe, it usually goes something like this: You’ve been dating for a little while. You like them, and they seem to like you. But perhaps there’s a nagging feeling in the back of your mind that they’re just not that into you. Or they seem a bit distracted all of the time. Maybe they just aren’t that available. These types of situations are likely to lead to a ghosting scenario in the end. But first, you might just be blown off a few times. It doesn’t feel good, it’s not fair — but it happens. Here are five ways to tell it’s happening to you.

1. They Don’t Answer Your Texts

This sounds obvious, but it can happen in a bit of a sneaky way. It might be an “I didn’t see your text until late” here, an “I was so slammed at work all day” there — but it can add up. Though both can be totally legit, if you hear this kind of thing too often, you may be dealing with something more than just a busy person.

2. They Don’t Ask About Your Day

If they’re all about themselves all of the time, they are employing a subtle but real blow-off. Of course, the person could just be super selfish — but even the most selfish person will stop to ask about how you are doing if they are genuinely interested in being in your life. The person who just talks about themselves and moves on with their day — especially if they don’t make much time to see you — is probably trying to figure out a way to fully blow you off.

3. They’re Super Busy Out Of The Blue

If this person has always had time for you and now is too busy to see you often, this is a sign of being blown off. If it happens here and there, that’s normal. If seeing them once a week becomes the norm, you’re being blown off. We make time to see the people we want to see.

4. They Show A Lack Of Interest

Maybe they’re down to have sex, but really aren’t into having dinner. Or maybe you mention a personal dilemma and they just start talking about something similar that has happened to them without acknowledging your situation. Whatever the case may be, they aren’t being there for you — which is just another way of blowing you off.

Instead of just being blunt and saying, “Look, this isn’t working out,” the blow-off usually consists of a person pretending that all is well — and then eventually peacing out. Don’t let that happen — pay attention. If you’re being blown off, you’ll know it, and you can cut it off at the pass. Bring it up, be direct, and feel free to move on. We all deserve people in our lives who want to show up for us.

More like this
The Most Compatible Life Path Numbers, According To Numerologists
By Kristine Fellizar
Help! My Partner Only Wants Sex Late At Night & Won’t Compromise
By Sophia Benoit
The 3 Most Compatible Matches For Life Path 1s
By Kristine Fellizar
Ask A Sex Therapist: Is My Sex Fantasy Normal?
By Madison Malone Kircher
Get Even More From Bustle — Sign Up For The Newsletter