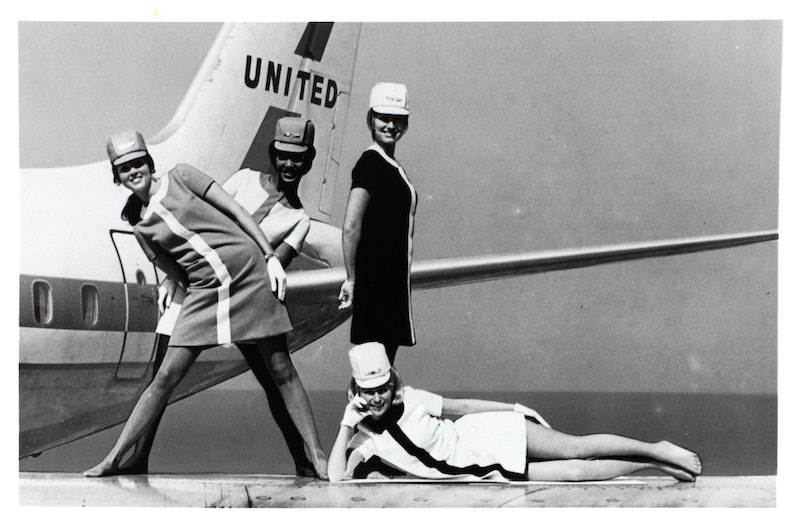 Sexism and sexual bias are alive and well in the workplace, but although we should continue to fight sexist microaggressions at work, workforce inequality, and the wage gap, it’s important to step back sometimes and take stock of just how far working women have come in only the last century. Many (in fact, most) professions have sexism deeply embedded in their histories, with policies and regulations that would seem ridiculous by today’s standards.

Below, I discuss the histories of five professions in the U.S. that were built on sexist policies or simply barred women altogether. To be clear, however, these are far from the only jobs that have a history of discrimination and sexism in the U.S.; in fact, one would be hard pressed to find any profession that doesn’t have gender bias somewhere in its past. After all, professional fields don’t grow up in a vacuum — they take part in the world they inhabit, and, for most of history, that world figured women as firmly inferior to men. The people that controlled professional fields were entrenched in a culture that systematically limited the rights, freedoms, education, and opportunities of women, so it only makes sense that those limitations would extend to working life.

Learning how women were banned from certain jobs or forced to work according to sexist policies can be a rather depressing endeavor, but these histories also reveal the amazing tenacity of women who refused to be excluded from the labor force. In all of these cases, women fought long and hard to gain entry into their professions and improve their working conditions. We should all take a moment to send some gratitude to the women who pressed for change.

By the mid-1930s, flight attendants — then known as “stewardesses” — were almost all women. In the decades that followed, they were seen as glamorous, well- traveled ideals of femininity, taking on a “sexy” stereotype in the 60s and 70s. Although being a stewardess was a good job opportunity for women at a time when many professions were closed to them, being a stewardess meant that you had to put up with a lot of really sexist rules and regulations, most of which were rooted in the assumption that a woman’s value — and her ability to do her job — is based on her physical attractiveness. In 1953, for example, American Airlines announced that stewardesses who turned 32 would be forced to “retire” from service, and many other airlines followed suit, firing their stewardesses when they hit the ancient ages of 32 or 35. Stewardesses were also required to fill certain height and weight conditions, and could be subject to regular weight monitoring. Furthermore, for decades, married women weren’t allowed to be stewardesses, and stewardesses who did get married were subject to immediate termination. These “marriage bars” were common in many fields, driven by assumptions that married women wouldn’t stay in the job for long (because they would soon have to quit to care for children) and that, more generally, married women simply shouldn’t be working.

Eventually stewardesses fought back against these sexist policies. When the Equal Employment Opportunity Commission was established in 1965, they were among the first to complain of discrimination in the workplace. In the following years, age and marriage restrictions were declared discriminatory, as were airline policies barring men from being flight attendants.

Women now make up about a third of physicians in the US, but the road to becoming respected within the medical field has been a long one. Women have been active as healers and midwives for centuries, but they have often been barred from the educational and scientific bodies that would allow them to participate in mainstream medicine. In 15th century Europe, many governments began to require that doctors attend medical school at universities. Women weren’t allowed to attend university, and therefore couldn’t be licensed, and thus were essentially banned from practicing medicine in a formal capacity. Midwifery was a respected female occupation dating from antiquity, but eventually that, too, was subsumed by shifting cultural attitudes that regarded men as more scientific and therefore better able to take care of pregnant women than than other women. In the 18th century, midwives (and women healers in general) began to be associated more and more with folk medicine, in opposition to the emerging field of modern medicine.

The 19th century saw the founding of a number of medical schools especially for women, who were banned from most standard med schools. The bias against women practicing medicine (and any other advanced profession) was driven in part by assumptions that women weren't physically or mentally equipped for advanced education. An influential Harvard professor, Edward Clarke, M.D., even theorized that earning advanced degrees would make women infertile. In the late 19th century, he wrote, "There have been instances, and I have seen such, of females... graduated from school or college excellent scholars, but with undeveloped ovaries. Later they married, and were sterile." You hear that, ladies? All that book learning will stunt your ovaries!

Physician and suffragette Mary Putnam Jacobi fired back in 1891, writing,

It is perfectly evident from the records, that the opposition to women physicians has rarely been based upon any sincere conviction that women could not be instructed in medicine, but upon an intense dislike to the idea that they should be so capable.

Teaching is currently a field dominated by women (as of 2011, 76 percent of public school teachers were female), but it hasn’t always been that way. For centuries, most teachers were men, but in the 1830s and 40s, education expanded dramatically in the United States with the birth of the common school (an early version of the public school). A new teaching force was needed, and administrators looked to women to fill the gap. In many ways, teaching was an important opportunity for many women; it was one of the few careers open to middle class women at that time. However, the move to cast women as teachers was itself fueled by stereotypes of femininity and a healthy dose of sexism. Women were seen as good teachers because it was assumed that women are naturally nurturing and maternal, and therefore suited to childcare. Another advantage of hiring a woman to teach at your school was that, because of her gender, you didn’t have to pay her as much as a man! Fun, right? One school committee wrote in 1849,

God seems to have made woman peculiarly suited to guide and develop the infant mind, and it seems...very poor policy to pay a man 20 or 22 dollars a month, for teaching children the ABCs, when a female could do the work more successfully at one third of the price.

By the end of the 19th century, three quarters of American teachers were female, but few of those women were allowed into higher-level positions that would allow them to influence how schools were run. Many schools also had marriage bars in place that banned the hiring of married teachers and fired female teachers when they married. By the early 20th century, tired of low pay, no pensions, no job security, and little respect from the higher ups (who were mostly men), teachers began to organize to demand better pay, more authority, and improved working conditions. The unions that campaigned for teachers back then continue to have clout today.

Until the early 20th century, women’s ability to practice law was hindered by their own limited legal status. How was a person who lacked the authority to vote supposed to take part in public policy? How could person who lost many of her legal rights upon marrying (including the right to enter into contracts) participate in the law?

In 1869, Myra Bradford passed the Illinois state law exam, but was denied admittance to the state bar because she was a married woman; the Illinois Supreme Court felt that her work should be at home, caring for her family. On appeal, the court upheld the decision, extending the ruling to allow the exclusion of all women, married or single, from the state bar. According to the Law Dictionary, the decision was made on a number of grounds:

First, the Illinois law was silent about women entering the law profession. Second, the state was concerned with too many women working in the offices if Myra would be granted her license. The third reason was that some of the violent law cases would not be suited for a woman. Finally, the state did not know how women would affect the administration of justice.

Bradwell took her appeal to the U.S. Supreme Court, which also upheld her exclusion from the state bar. However, in 1872, Illinois finally passed a law that made preventing a person from pursuing his or her profession illegal, and women began to be admitted to the state bar in 1873. This was only one of many hurdles faced by female lawyers at the turn of the century; another major issue was that, in the late 19th century, most law schools would not admit women.

Women have performed informal military service since the start of U.S. history, working as nurses, caretakers, soldiers, and spies. In the two World Wars, thousands of female volunteers worked as nurses, telephone operators, support staff, and even pilots, but after the wars, the female personnel were discharged and sent home. It wasn’t until 1948, when the Women’s Armed Services Integration Act was passed, that they were allowed to enlist as full members of the U.S. Armed Forces. Women now make up just under 15 percent of active duty military in the U.S., but the fight for equality remains: The armed forces lifted its ban on women in combat only two years ago, and sexism and sexual assault continue to be major problems within the military and military academies.