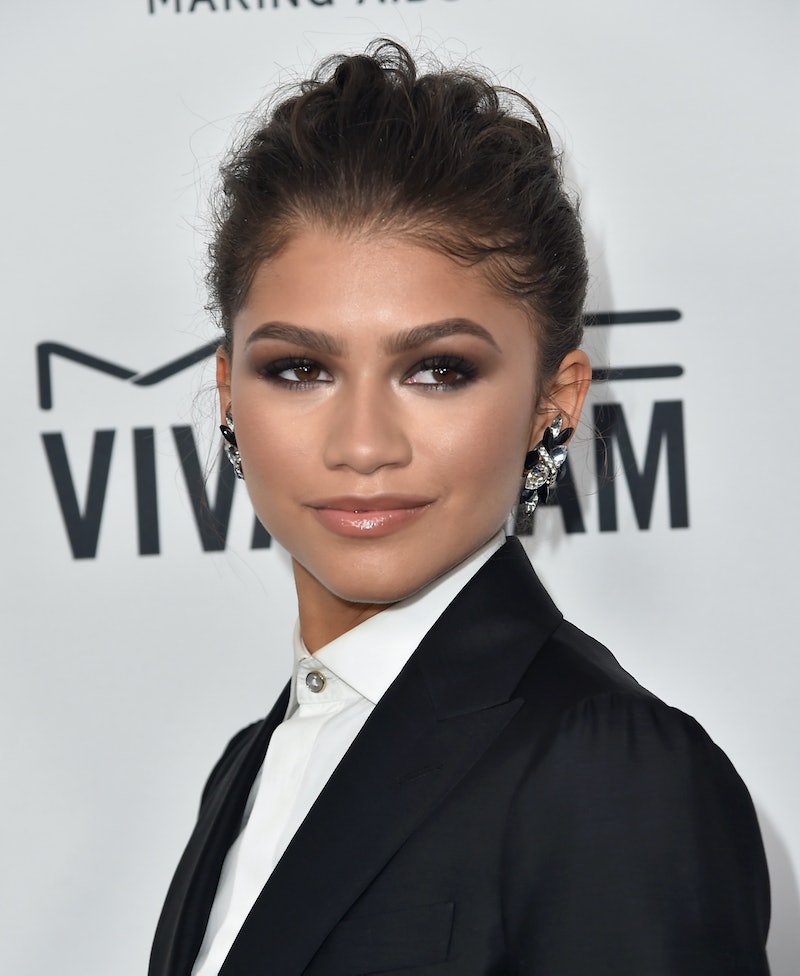 If you needed another reason to adore singer/actress Zendaya, here's one. As Flare magazine's December 2015 cover star, Zendaya opened up about feminism and proudly shared why she's a feminist. In today's world where feminists (not just women, but men too) are most definitely needed, especially in the fight against the gender pay gap, it's always refreshing to hear public figures discuss the highly-critiqued term that many try to avoid. Well, the former Disney Channel star isn't shying away from being a feminist — at all.

Here's what being a feminist means to Zendaya:

A feminist is a person who believes in the power of women just as much as they believe in the power of anyone else. It’s equality, it’s fairness, and I think it’s a great thing to be a part of.

Beautifully put, if I do say so myself. For those unaware, the definition of feminism is: "the belief that men and women should have equal rights and opportunities." However, and as Zendaya's proven, there are many ways to look at the word, because it can mean much more than just gender equality for a person. Take Pretty Little Liars star Shay Mitchell, who explained to Refinery 29: "I think everybody can have their own definition of what [feminism] means. For me, it's about being strong and independent and really going for your dreams and not letting anything stop you."

Both Mitchell and Zendaya are shining a powerful and positive light on the word that has so much unfortunate negativity attached to it. When I hear feminism being spoken about the way Zendaya does, it makes me want to shout proudly from the rooftop, "I am a feminist!" Hopefully, anyone who doesn't want to call themselves a "feminist" will look at the 19-year-old's definition and reevaluate that opinion.

This isn't the first time the Shake It Up star has shown she is a feminist. In June 2015, she shut down Internet trolls for making sexist comments about makeup artist Shannon Harris. If that isn't enough, Zendaya is also the host of documentary series Salaam Dunk from director David Fine. It follows the first ever female basketball team at the American University in Northern Iraq. This might not sound like a big deal to some, but it most definitely is. By playing basketball, not only are these women connecting with one another and doing something they love, but they're breaking out of the traditional and oppressive roles women are kept in throughout most areas of Iraq.

Whether it's by defining feminism or taking part in an inspiring documentary, Zendaya is changing the world for the better and showing why equality is important. See? I wasn't lying when I told you you'd fall even more in love with her.

More like this
Sandra Bullock, Girlboss Extraordinaire
By Matt Harkins & Viviana Olen
How To Fight For Reproductive Rights, Based On How Much Time You Have
By Courtney Young
The 'Hocus Pocus' Sequel Finally Has A Release Date & It Makes Total Sense
By Shannon Barbour and Radhika Menon
Harry Styles Called For "Backlash" In Powerful Statement On Abortion Rights
By El Hunt
Get Even More From Bustle — Sign Up For The Newsletter