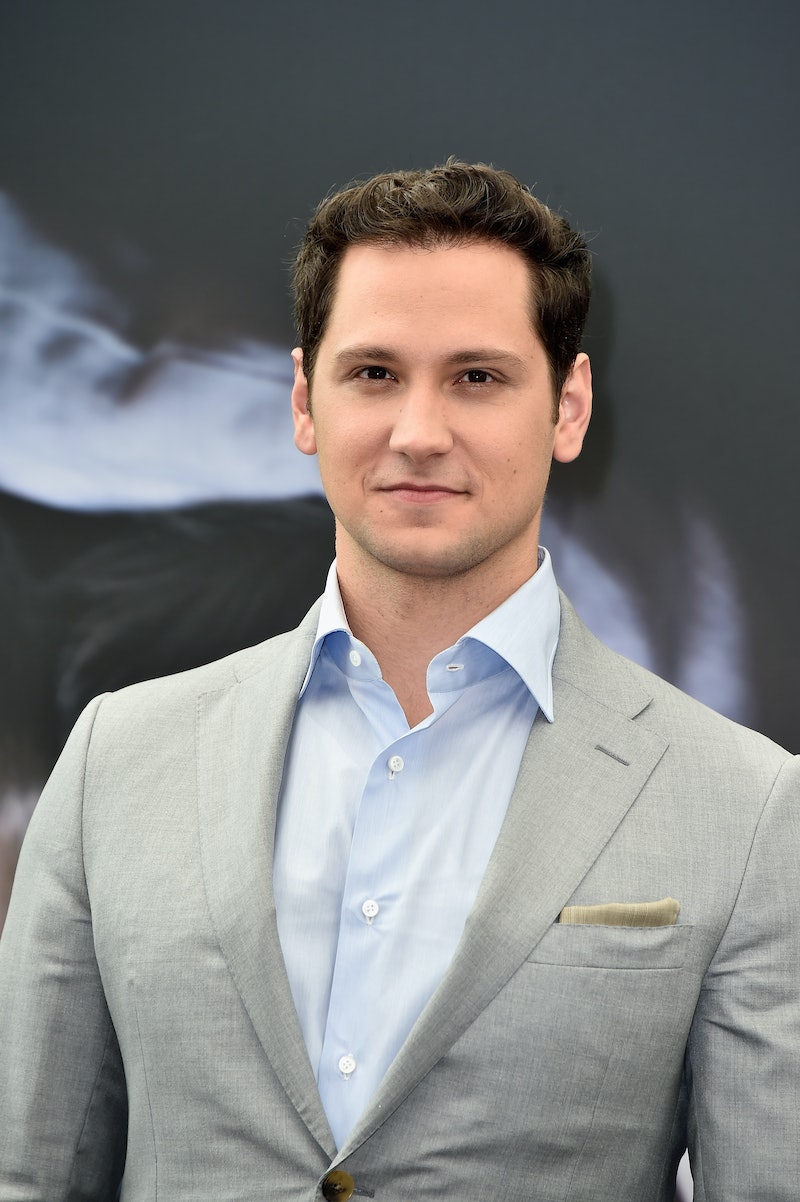 I've said it before and I'll say it again: There are plenty of men who identify as feminists, because feminism helps everyone — not just women. Contrary to popular belief, feminists are not against men; they are against patriarchy, which oppresses us all. Under patriarchy, everybody has to identify as a man or woman, men have to repress everything feminine about themselves, women have to repress everything masculine about themselves, and anyone who doesn't fit into that narrowly-defined binary is entirely out of luck. That doesn't sound like fun for anyone, does it?

As more and more men are recognizing this, questions have come up about their role in feminism. Can men be feminists, or just allies? Since a feminist is anyone who believes in gender equality, I would say that anyone can be a feminist, but men's role in the movement is a little different from women's. While acknowledging that gender is a system that oppresses everyone, men also need to realize that their gender affords them a privileged status in society and listen to women in order to understand what it is like to be part of a class that is considered inferior.

Here are eight men who have embraced this attitude, openly identifying as feminists. Whether they're celebrities, politicians, or everyday people, they all prove that men definitely can be feminists and provide examples of how people of all genders can embrace the movement.

"All men should be feminists. If men care about women's rights, the world will be a better place," Legend said at the Sound of Change Live charity concert in 2013, stating an obvious yet often overlooked truth: "We are better off when women are empowered — it leads to a better society." Society is best off wheneveryone is empowered.

In his usual hilarious manner, Ansari debunked some of the biggest myths about feminism on The Late Show, drawing the following comparison:

If you believe that men and women have equal rights, if someone asks if you’re a feminist, you have to say yes because that is how words work, right? You can’t be like, "Oh yeah, I’m a doctor that primarily does diseases of the skin." Oh, so you’re a dermatologist? "Oh no, that’s way too aggressive of a word! No, no, not at all, not at all."

It's always refreshing when an actor seems as likable in real life as the character he plays (or at least as likable as his character Bennett was until Orange Is the New Black 's third season). McGorry recently wrote on his Facebook page, "Being a feminist is for both women AND men. I AM A FEMINIST." McGorry also publicly took a stand against the wage gap through a long Facebook post and accompanying video debunking the argument that the wage gap is due to women's choices. And he humorously called attention to double-standards by photoshopping female celebrities' nipples onto his own and explaining how the objectification of women made photos of topless women less socially acceptable than his. From reading Lean In to researching the #FreeTheNipple movement, McGorry has set out not to explain women's oppression to them but to learn about it from women themselves and educate everyone. In other words, this dude gets it.

After being asked several times if he was a feminist, Gordon-Levitt created the video above explaining what feminism means to him. "To me, it just means that your gender doesn't have to define who you are," he says. "You can be whatever you want to be, whoever you want to be, regardless of your gender." What I like about this definition is that it implies not just that men and women should be treated equally but that we get to define what being a man or woman means — or reject those labels altogether.

During his time as British Prime Minister, Cameron answered talk show host Jon Snow's (no, not that Jon Snow) question about whether or not he is a feminist with, "If that means equal rights for women, then yes. If that is what you mean by 'feminist,' then yes, I am a feminist." It's possible he may have been trying to save face with that "if" clause — it should go without saying that feminism means equal rights for women — but unfortunately, many people with misconceptions about feminism require that clarification.

The former U.S. president, now a human rights activist and author of a book on gender equality, responded when Newsmakers' Steve Osunsami asked if he was a feminist, "Yes, of course, if a feminist is someone who believes that women should not be persecuted and should have equal rights to men in all aspects of life, yes, I think all men ought to be feminists." Again with that "if," though. Politicians, can we please just say we are feminists without qualifying it?

During an interview on gender inequality in the film industry, Ruffalo said, "I love women directors. I’m a feminist, by the way.” He also added, "People who aren't feminists — I didn’t know there were any left in the world." If only! After realizing there are in fact anti-feminists left, Ruffalo reblogged a Tumblr post on "the 'I am not a feminist' Internet phenomenon," which explains why claiming that you don't need feminism is "degrading every woman who has accessed a rape crisis center, which wouldn’t exist without the feminist movement" and "spitting on the legacy of every woman who fought for women to be allowed to own property."

Mauldin is not a celebrity but an engineering student who wrote a letter to his school paper at Eastern Washington University explaining why he is humbled by everything the women in his program have overcome just to be in his field. (He calls himself and the women in his class "unequal" not because they have inferior abilities but because it took more talent and hard work for them to get where he is). Mauldin told Ms., "I absolutely consider myself a feminist! Feminism is about establishing equality, not superiority and that is something I am completely behind." He also added something men don't always get: "I was married to a feminist for 10 years and though I didn’t see the subtle [sexism] at first, over time she helped me to understand the subtle comments that add up to a net social push."

Then, there are men like President Obama, New York Times columnist and Half the Sky author Nicholas Kristof, Patrick Stewart, Joss Whedon, and Will Smith who have not have publicly announced their feminism but have demonstrated dedication to feminist causes through their words and actions. More men may be feminists than we, or even they themselves, realize.