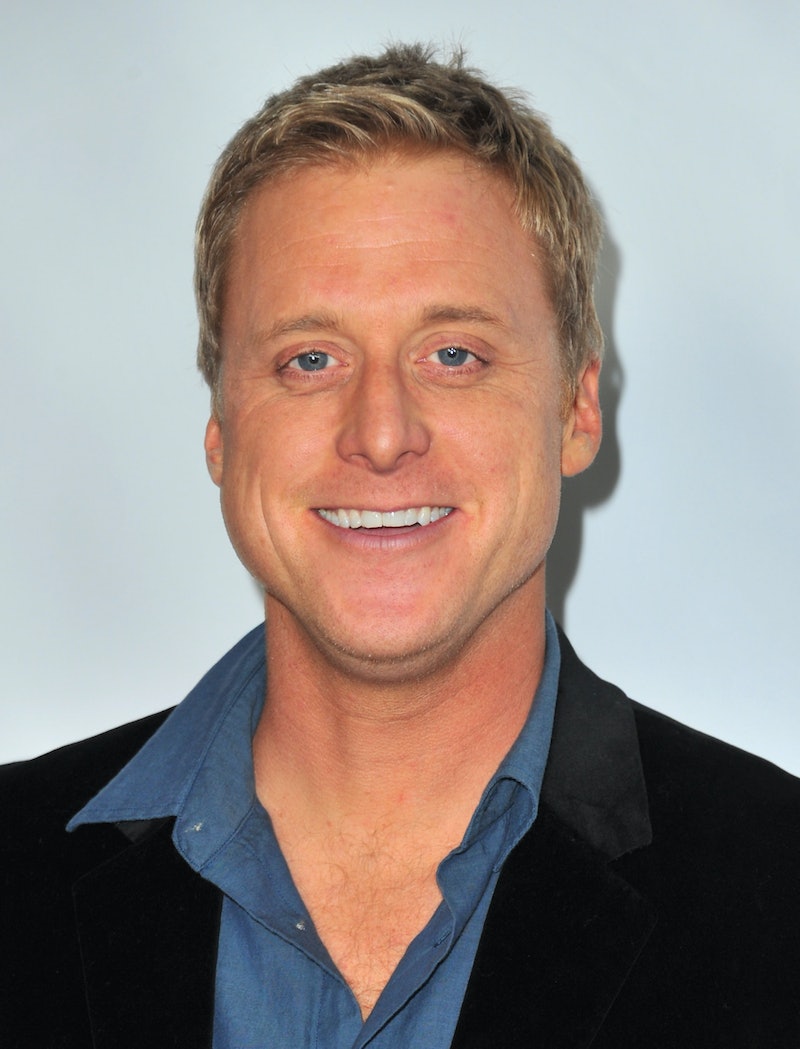 Trumbo takes on the story of the Hollywood Ten and the blacklist of the 1950s. After WWII, the U.S. government and the House Committee of Un-American Activities began investigating the alleged infiltration of Communism into Hollywood. As detailed in Trumbo , screenwriter Dalton Trumbo (Bryan Cranston) was just one of many Hollywood players investigated by the Committee, and eventually placed on the blacklist, forbidden to work in Hollywood until the 1960s. Cranston, of Breaking Bad fame, is the main star of Trumbo, but chances are that when watching the film, a different actor will catch your eye: Alan Tudyk, who plays Ian McLellan Hunter.

In the film, out Nov. 6, Tudyk steals the handful of scenes he's in, playing the screenwriter who agreed to put his name on Trumbo's script for Roman Holiday while Trumbo was on the blacklist. It's a supporting role that doesn't offer Tudyk the screen time he deserves, but is yet another in a long line of high-quality performances that prove he deserves to be a household name.

So where do you recognize Tudyk from? Well, there are a ton of possibilities. To sci-fi fans, he will always be Wash, the goofy pilot from Firefly and Serenity. Not only did the role earn the actor a permanent invitation to Comic-Con, it also landed him a spot in the coveted Whedonverse. Firefly also helped inspire his new web series, Con Man, which co-stars his Firefly castmate and fellow Comic-Con regular, Nathan Fillion.

Tudyk's career extends far beyond the cult-favorite television show. He was a regular on the sitcom Suburgatory, and starred as Tucker in Tucker & Dale vs. Evil. He has an impressive resume as a voice actor, with credits ranging from Sonny in I, Robot (2004), to various Ice Age characters, to the evil Duke in Frozen (2013). He will also have a role in Disney's next animated movie, Moana .

Tudyk's film career has mostly consisted of parts as the comedic sidekick — Wat in A Knight's Tale (2001), Steve the Pirate in Dodgeball (2004), Dutch in Transformers: Dark of the Moon (2011), TV executive Jack in Knocked Up (2007). But people shouldn't be too quick to typecast Tudyk as the funny guy (though admittedly, he is quite funny). As Ben Chapman, a racist baseball player, in 42 (2013), Tudyk proved he could play a villain. Now, with Trumbo, Tudyk has once again shown his ability to act in a more straightforward drama.

All of this raises the question: Why the hell isn't Tudyk in more movies? Maybe he prefers working on animated projects, and maybe he just picks his films carefully. But if it happens to be the case that Hollywood simply isn't offering him the roles he deserves, then it's definitely time for a change.