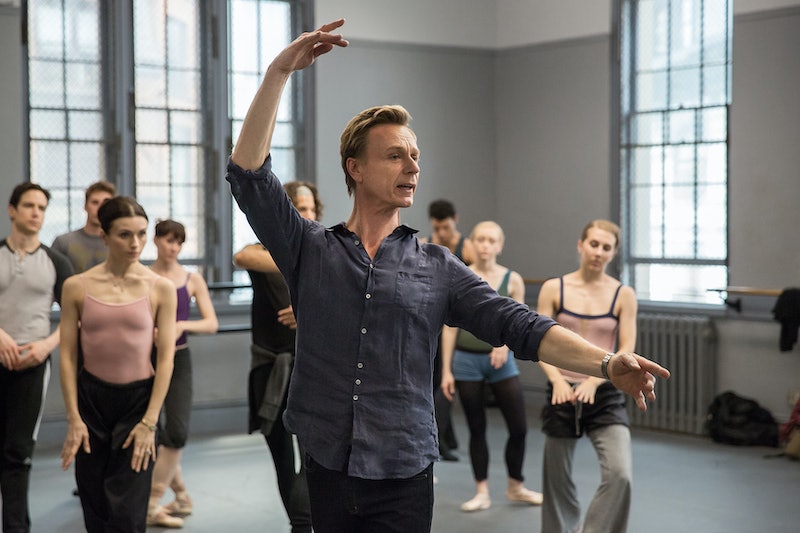 This Sunday, Starz will debut a new eight-episode limited series that takes place in the competitive world of professional ballet. Flesh And Bone tells the story of Claire, a dancer in the American Ballet Company with a troubled past, as she contends with demanding instructors, competitive peers, and a highly stressful lifestyle. "It's not your grandmother's ballet show," warned creator Moira Walley-Beckett in the Chicago Tribune. "It's very dark material." So where did the idea for this series come from; how much of it is inspired by real life? Is Flesh And Bone based on a true story?

Honestly, it's sometimes hard to tell the answer to that question these days. Every episode of FX's Fargo opens with a disclaimer lifted straight from the 1996 Coen Bros. film on which the show is based: "This is a true story. The events depicted in this film took place in Minnesota in 1979. At the request of the survivors, the names have been changed. Out of respect for the dead, the rest has been told exactly as it occurred." Every word of that disclaimer is a lie. Neither the events of the movie nor the television series are based on true stories — and neither is Flesh And Bone, although it may have been heavily influenced by reality.

Walley-Beckett herself has personal experience in the world she has created; she has danced for 25 years and still takes classes three times a week. The showrunner claimed in USA Today that, "ballet is an optical illusion. It appears to be effortless and graceful, and everybody is perfect. That is the reputation that is maintained, and I really wanted to look underneath the tutu and show the slavery, the obsession, [and] the religion that is ballet and take no prisoners in that regard."

While there's no such place as the "American Ballet Company," the fictional corps is a thinly-veiled reference to the real-life Manhattan-based American Ballet Theatre (ABT). Seeking to "rip the band-aid off" the mysterious and competitive world of professional companies like ABT, Walley-Beckett aimed for verisimilitude by casting dancers who could act, rather than actors who could dance. Among their number are at least three former members of ABT itself: Sascha Radetsky, Irina Dvorovenko, and star Sarah Hay. At the show's panel during the Television Critics Association press tour this summer, Hay herself extolled the realism of Flesh And Blood . "Everything I’ve portrayed during filming has happened to me during dancing," she told the gathered reporters.

Walley-Beckett should be the perfect person to strip the glitz and glamor from the world of ballet. She's hot off the success of AMC's Breaking Bad, which delved no-holds-barred into the gritty life of a meth dealer. She worked on that series for four of its five seasons, working her way up from story editor to co-producer to full-fledged producer. She personally won three Emmys during her time on the show, two as a producer and one for writing the episode "Ozymandias," widely regarded as the show's finest hour. (She was the first solo female writer to earn an Emmy in that category since 1994.)

Given her real-life experience and her commitment to casting actual dancers, it's clear that reality was an important facet of Walley-Beckett's new show. Of course, certain aspects of the story will likely be dramatized and sensationalized — this is television, after all — but for many, Flesh And Bone will be a tantalizing peek behind the curtain at the imperfect underbelly of an outwardly perfect art form.