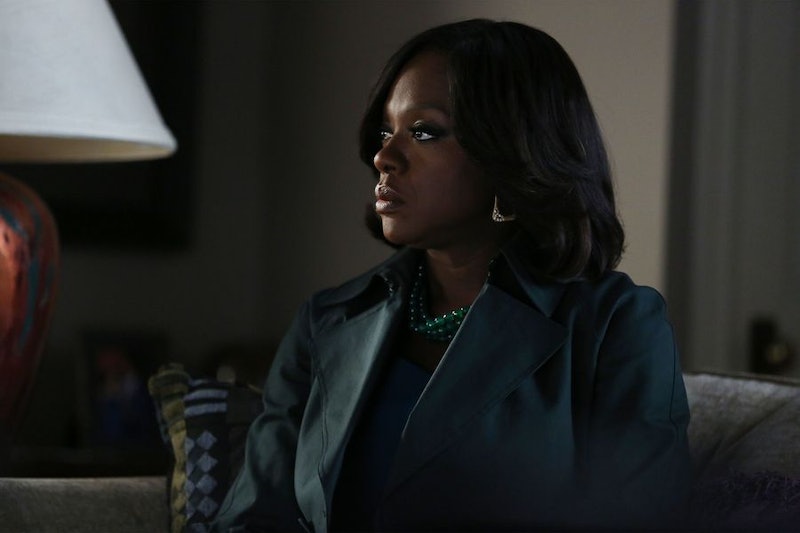 Show of hands for everyone that's been confused by the relationship between Wes and Annalise on How to Get Away with Murder . Since the first episode of the series, Annalise has taken a liking to Wes and no one knows why. Is Wes Annalise's son? Is Annalise attracted to Wes? A lot of theories have been thrown out into the ring. On Thursday's episode of HTGAWM, Annalise told Eve "it's him" when speaking about Wes, so basically I'm taking that as a big thumbs up on the mother/son relationship, even though that seems too easy for a show this convoluted.

During an intimate scene between Eve and Annalise, who go way back, Eve questions why Annalise is protecting Wes, who is just a student. Annalise tells Eve that Wes is not just some student. "It's him," Annalise tells Eve, who immediately knows what she's talking about. You know who doesn't know what she's talking about? Me. And everyone else in this world who is too emotionally and mentally invested in this god forsaken show.

Eve tells Annalise that she is a very good person, making it seem like whatever secret correlation Wes and Annalise have has caused distress on Annalise. So all signs point to Wes being Annalise's son. But, how does that fit into Wes' life timeline? We know that Wes had a rough start as a kid. He didn't have a father in his life and his mother killed herself when he was a young teen, but what if Annalise's connection to Wes comes before all of that?

One Reddit user believes that Annalise could be Wes' biological mother, but gave him up for adoption as a baby because she got pregnant at a high point in her career where she didn't want to take care of a baby. Now, she brought him back into her life the only way Annalise Keating knows how (manipulation, power, etc.) and is finally being the mother figure she never got to be for him. It's a stretch, but it's also possible with the few clues we have been given.

My only concern with the mother theory is that it almost seems too easy. For a while, people have been speculating that Wes and Annalise are related. Hell, I think one of the other students made a joke about it at one point. Because of this, I'm not sure if the producers would write in such an expected storyline. They're so good at steering their viewers one way with bait, and then switching directions at the last second. What if we are only on the bait part, and we're still waiting for the switch?