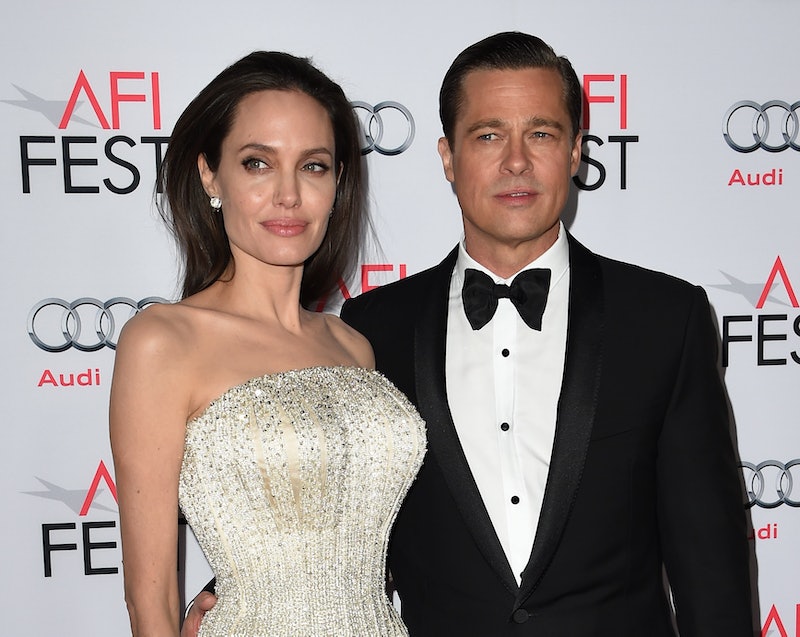 You know that thing where a male director does a movie in which he directs his female partner, and right away they turn around and ask the woman when she's going to direct the man? No? Then why it is that Brad Pitt got asked if he'll direct Angelina Jolie Pitt now that she's directed him in By The Sea? Ugh, come on guys! It's bad enough that this is Pitt's first experience working with a female director in his three decades in the industry, but the fact that we're immediately expecting him to turn back around and even the score is embarrassing. Imagine if, on the red carpet at a Judd Apatow movie premiere, the first question they had for his wife Leslie Mann was whether she was planning on directing him. Or, if back in the day when they were still together, reporters just couldn't wait to hear about Helena Bonham Carter's next project, when Tim Burton would serve as her muse.

Actually, that's a world I'd love to live in. But it would never happen, because everyone would be too caught up asking who they were wearing and whether it's difficult for them to balance a career with motherhood. But when the genders are flipped, with the woman in a position of authority over the man, it's a totally different ballgame, and the media can't get the questions out fast enough in their quest to find out when he plans on getting back to calling the shots. The only silver lining here? The fact that Pitt himself isn't feeling the same sensations, as evidenced by his response at By The Sea's screening at AFI Fest: "No, I have no desire [to direct Angelina Jolie Pitt]. I'd rather work for her."

Thank you Brad Pitt, for having your head screwed on straight while the rest of the industry is still backward. Thank you for shutting that question down lickety-split instead of letting it distract from this moment, and from all the time and energy and love that Angelina Jolie Pitt poured into By The Sea . I'm honestly pretty disappointed that this is even a direction that people are trying to take the conversation in this moment, given that I can think of probably a dozen questions right off the top of my head for Pitt about what a boss his wife is, versus commentary that puts the spotlight on him.

He's had plenty of well-deserved attention in the past, will undoubtedly get more in the future, and I'm sure he's great in this movie, but my favorite thing about Pitt right now is how he refused to steal Jolie Pitt's thunder or let the conversation about her recent successes get derailed. Standing ovation for both Brad Pitt and Angelina Jolie Pitt for setting a standard of equality for the rest of us to live up to.