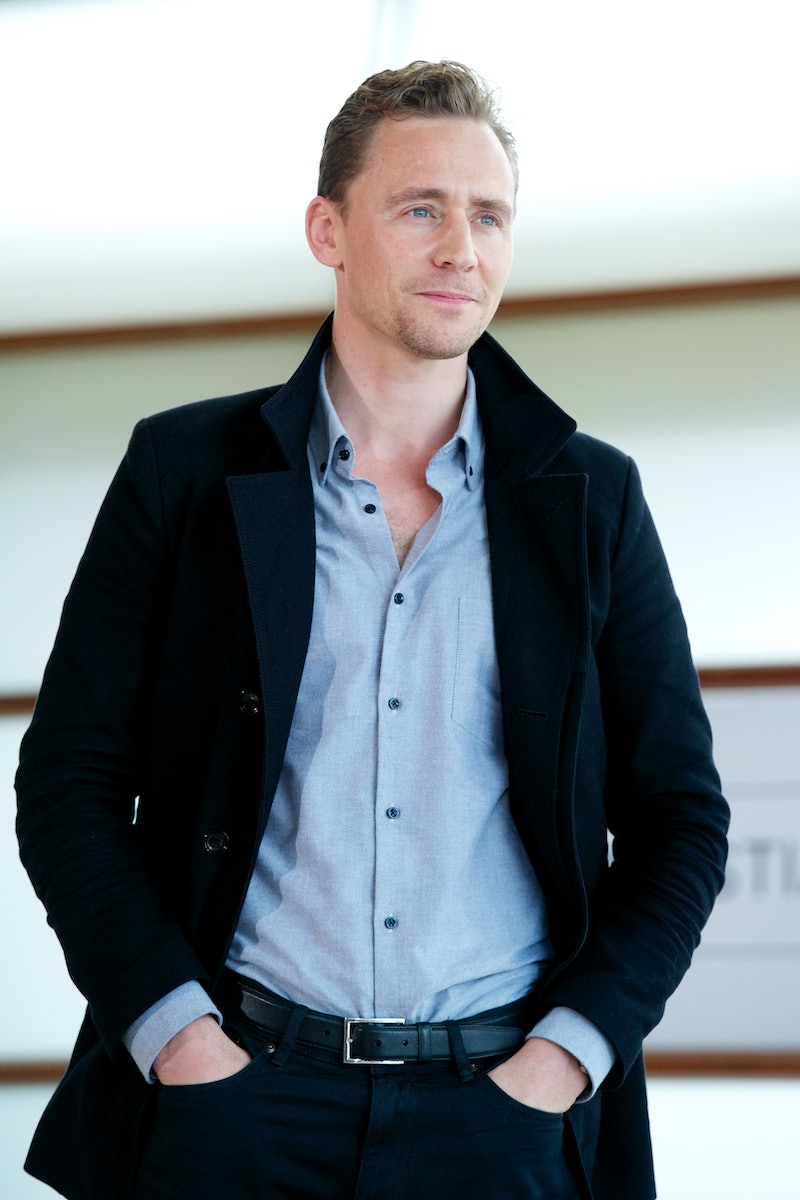 Have you ever been caught between a rock and a hard place? Have you ever needed an escape from a situation that just made you uncomfortable or stressed? Well, thankfully, there is one British actor whose one-liners can make you feel better no matter how awkward the situation. Yep, Tom Hiddleston can make you sound smarter in any prickly social situation with just his one-liners. For real. It's just a gift he has, in addition to acting, dancing, and making you swoon every time he smiles.

If you ever find yourself having an argument about, let's say, whether you're #TeamMichael or #TeamRafael on Jane the Virgin, look to T. Hiddles. If you're ever looking for the right words to diffuse an extremely tense discussion, Hiddleston can help. If you're in need of something to say to defend yourself, The Avengers star is, once again, the man for the job.

No matter the moment, Hiddleston's one-liners will come in handy. I mean, would you expect anything less? It's Tom Hiddleston. What can't this man do? Even if it's unintentional, he somehow can make anything in life so much easier, including socializing and sounding smart in everyday conversation.

Here are nine one-lines from Hiddles that will make you want to insert yourself into a prickly social situation so you can put these words into actually right away. (Well, maybe.)

1. When You Agree To Disagree

When no headway is being made during an argument, this line is perfect. Just say, "If it's all the same to you." Not only will you be quoting Loki, but you'll sound dignified and very mature.

2. When You Need A Defense

Anyone who uses the word "birthright" automatically sounds smarter. Seriously, what better way to defend yourself, especially if you're a man or a woman discussing why you're a feminist. You answer, "It is my birthright."

3. When You Want To Be Next Level

If you really want to make someone think and go over their head, just throw this quote out there: "A house as old as this one becomes in time, a living thing." Not only will it make you sound super smart, but it will make someone stop, think really hard, and be like, "Damn." More likely than not, whatever the prickly moment is will be overshadowed by this line from Crimson Peak.

4. When Someone Says "You're Right"

Have you ever found yourself in a situation, where some admits you're right? Yeah, it rarely happens but when it does, you should always say, "Kneel!" The delivery will be even better if you use your best Hiddleston voice.

5. When You Could Care Less

Sometimes I find myself in a situation where I just could care less about being there in that moment and what's going on. Those are usually the moments when I'm like, "Aren't there more important things in the world?" If you, too, ever feel the same, then channel T. Hiddles and say, "I just want to go to a party. That's what I want." You'll sound bold, definitive, and I bet a bunch of people will agree.

6. When You're Trying To Relate

It's easy to go on the defensive in a situation when you don't agree with someone, but sometimes it's best to try to understand where that person is coming from. Not only will you come off as a pretty badass person for pushing your opinions aside to truly relate to someone, but you'll also sound really smart if you say: "To have compassion for someone is to suffer with them."

7. When You Need A Great Comeback

If you ever find yourself dealing someone super negative and judgmental, just quote Hiddleston: "Haters never win. I just think that's true about life, because negative energy always costs in the end." This man is a genius.

8. When You're Trying Not To Get Defensive

Looking for the best mechanism that will help you avoid getting all defensive and prevent you from possibly getting caught in the middle of something even more complicated? Just say to yourself or to someone in need of similar advice: "If you ever get stressed, you know, just remember: look for the bare necessities." Plus, does get it much better than quoting Disney's The Jungle Book?

9. When You're Just Over It

"Aaaahhhh!" This might not make you sound smarter, but who cares if you just want to completely remove yourself from a situation.