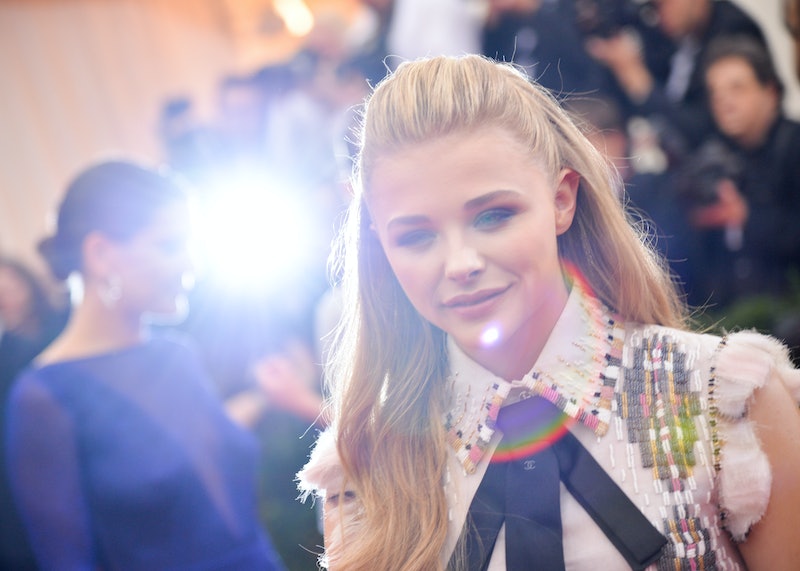 Sometimes, it’s hard for me to remember that Chloë Moretz is so young, mainly because her career choices have been so mature. Sure, the actress has a number of child roles under her belt — I’m pretty sure that’s what happens to everyone who has been in Hollywood since the age of seven—but ever since becoming a young adult, Moretz has appeared in a ton of feminist films. And, the most recent news that Moretz will be starring in the live-action adaptation of The Little Mermaid is just one of them.

And, considering that Moretz has spoken openly about feminism and why she proudly identifies as a feminist, it’s no surprise that her films have shown such complex and dynamic depictions of women. In a 2014 interview with Allure , Moretz didn’t just say she was a feminist, she said, “I’ve been a feminist since I was four years old.”

So, it’s no wonder that her outspoken political beliefs have influenced the work that she has done. In fact, that might be why her work is so stunning — that she seems to choose her roles based on a deeply held sense of independence and determination to portray women more dynamically in film. That might also be why the star is so excited to play the lead role in The Little Mermaid. The star took to Twitter to show her enthusiasm for the role of a woman who literally sacrifices her own voice:

Just check out some of her most feminist roles to date. You can tell from these titles that Moretz is determined to make a difference with the roles that she plays.

The film adaptation of the famous memoir by Susannah Cahalan, following a woman who experiences a rapid descent into insanity. The film, like the book, examines not only Cahalan’s personal experience with madness, but the often gendered health care system that does a disservice to its patients.

One of the few action movies in which a female takes the lead, Moretz plays Cassie, a girl on the run who is determined to save her younger brother.

An older actress comes face-to-face with her younger self in this film, and it’s a deep look at the expectations of women in film, aging, and facing who you really are.

Forced to choose between the life she imagined and the life that is much different, this film shows a girl making a choice that many women face every day. When the reality of life turns out to be much different than what you imagined, you have to make choices that are right for you and no one else.

Moretz plays a powerful (albeit horrifying) feminist hero in the remake of Stephen King’s iconic film. In this version, Carrie uses her powers to stand up for herself and stand on her own two feet — even if it is while covered in pig’s blood.

Is it any wonder that Chloe Moretz’s star is on the rise? With outspoken beliefs and excellent role choices that seek to lift women up around the world, it’s impossible not to root for her success.