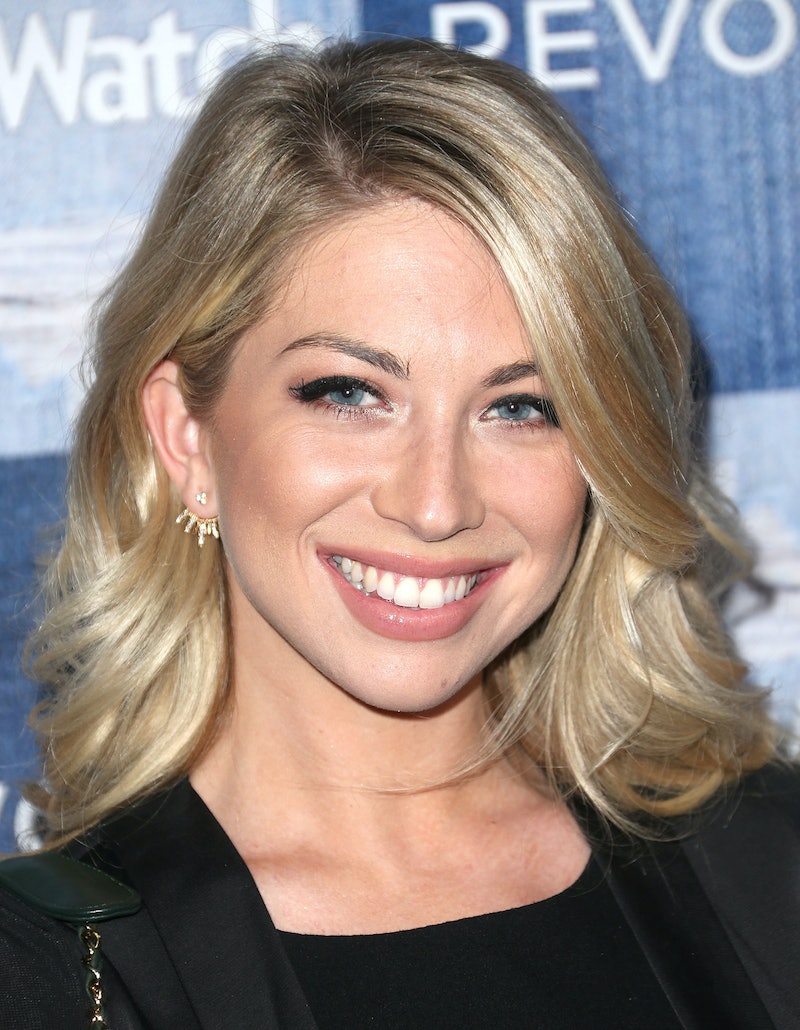 She's back! Everyone's favorite violent metaphor-maker and reality TV show darling, Stassi Schroeder, will be making an appearance (or two? or more?! *fingers crossed*) on Season 4 of Vanderpump Rules . Delivering some of VR's best lines of all time (need I remind you of this gem: "I am the devil. And don’t you forget it."), Schroeder's return to the land of Vanderpump Rules and SUR can only ever be embraced with open arms in my reality television book.

That's not to say, however, that the announcement Schroeder would be back didn't plague me with questions. After Schroeder publicly declared, via her podcast Straight Up With Stassi, that she would no longer be returning to the best thing Lisa Vanderpump has ever gifted us, I quickly retorted "I'm not sure what I've done to you, but I'll take a Pinot Grigio." Otherwise known as, I was hurt. Like, deeply hurt. But then, Schroeder continued on with her life, updated her blog frequently, kept growing her podcast, and I grew slightly more soothed by her nonexistence on the upcoming VR season. She seemed to be doing great, and that was what was important. That is, until I saw it: The preview. Featuring, not only a Jax/Orange is The New Black prison scenario, but you guessed it! A white wine holding, hallway walking, Stassi. Schroeder.

Thankfully, Schroeder addressed the return on her October 15 episode of Straight Up With Stassi , and though she couldn't say much about when she will return/in what capacity she will be a part of the season, she showed a side of herself that, frankly (quick shout out to Frank of Season 1), we've never seen before. If you're a listener of SUWS, you know that per the opening sequence, Schroeder's "never one to hold back" — and rest assured, her persona on the podcast lives up to that promise. Schroeder covers everything — from her relationship woes to candid explanations about her body image. But this confession was by far the most honest one she's given us. She conceded to long time friend, V R co-star, and guest, Kristina Kelly:

I made a huge public display of saying I’m done with it and all I have to say is I make mistakes… It’s embarrassing that I gave this whole speech about how I will never come back and then I realized that there were reasons that I wanted to because I made a mistake and I think I’m one of the most prideful people that I know and swallowing that pride when I did come back was so hard.

Imagine, for a quick second, having your life filmed at the age of 25. Imagine making all the mistakes you made (as a human, naturally, and as a twenty-something, obligatory) being dramatized for public consumption, then scrutinized by that same public. Imagine having enough, faking your own disappearance, Jennifer Lopez circa-2002 style. Then (I'm getting somewhere, I promise), imagine telling the world that you are done with it, only to wake up one morning and realize that actually, you're not done at all. If there's one thing this Stassi-returns-for-redemption-saga proves, it's this: Reality TV stars are people too.

I know they make money, and they get attention, and all the other arguments about reality TV stars, etc., etc. — but I think we can all agree that being on a reality show does not look like a walk in the park (i.e. Lisa Vanderpump's backyard). And certainly leaving one, publicly declaring you've done so, swallowing your pride, and coming back doesn't sound easy either. I think we should all just take a moment to respect the kind of strength it took for Schroeder to fight back against that, and have a voice anyway. She knows the possibility of her return being less than well-received is imminent, and she knows that the possibility of being thrown under the bus is guaranteed, but she's still willing to do right by herself. And if that means she has to coyly ask Jax to do something for her (as we saw in the season's preview), then let her live that life. After all, he owes her one. (And by one, I mean 3000 more bottles of Cristal.)

Schroeder, may your birthdays always be internationally revered, may your Pinot Grigio always be chilled, and may your insults always be laced with an alarming amount of detailed violence. Welcome the hell back.