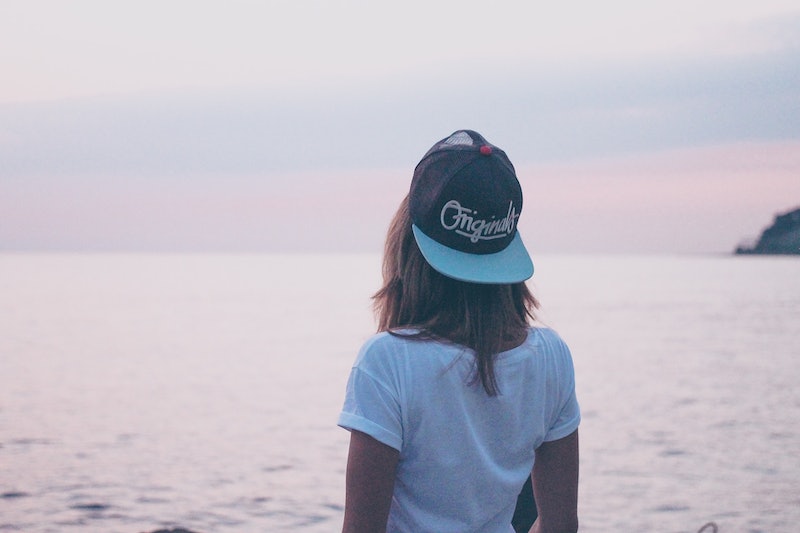 In one of Carrie Bradshaw's particularly wise moments, she contemplated whether or not we get one great love. Is there only one person meant for everyone, and when you lose them, are you never destined to find true love again? The answer: Obviously not. But when you have found that person you think is "The One," and they slip away, it's not easy to remember that. You may feel that you've found and lost your one great love, and it's time to retire yourself from the topic altogether.

Luckily, with a little time, and several much needed cry sessions, you realize that isn't the case. But of course, getting to that point is the most difficult part. Losing anyone you love in your life in any capacity has the ability to bring us to our emotional limits, but if we thought we'd spend the rest of our life with them, the pain is twice as hard.

So for all of you who've experienced it, here are the emotional stages we go through when we think we lose "The One". But just know, everything is going to be OK.

Any grieving process always begins with a denial that things have ended. When you finally part with that person, you will initially feel like your relationship truly isn't over. You'll tell yourself things like, “He/she just needs time,” or “This is just a fight. He/she will be back soon,” before actually accepting the reality of what happened. Holding out for things to work out eventually is natural in this case. After all, when you feel this person is your kindred spirit, how could things possibly end?

2. Attempts To Get Back Together

Inevitably, the disbelief you're feeling may make you inclined to try and get back with your ex. Arguments about how you were meant to spend the rest of your life together could lead to even further heartbreak, or the two of you holding on longer to something that will inevitably end. Point is, you (and most likely them) aren't ready to let go at this stage, but it's important to remember it ended for a reason.

Post-catastrophic breakup is always a time when you don't want to go out and do much. Feelings of all-encompassing heartbreak and love sickness will keep you from being social, and seeing other happy couples. It's important to do whatever makes you feel best at this time, so staying in and crying is perfectly OK. But don't let this stage become your life. Emotional healing takes time, especially after losing someone so important to you, but don't let it throw you into a depression you can't get out of.

4. Hopelessness That You'll Find Anyone Better

When you're in the midst of grieving, the last thing you want to consider is possibly looking for someone else. At this point, you're feeling that you lost that one great love, and as a result, no one will ever come around that's their equal. You're spending a lot of time dwelling on past experiences with them, romanticizing how they were rather than facing the problems you two may have had together. But of course, once you're out of this stage, you'll be able to see things more clearly.

They say that the best way to get over someone is to get under someone else, and your friends are probably pushing you to get out at this point. To prove your suspicion that there is no one else for you wrong, you may have a string of meaningless rebounds. But be careful, this could make things worse if you're not fully ready.

Rebounding might seem like the end stage (or at least you hope it is) but once you're confronted with how you can't seem to loose yourself in other people, you'll have that last break down. But luckily, with that last big cry you'll realize that things weren't meant to be with that person, and it'll all be OK eventually. You may never fully get a sense of closure about why they left, but at least you'll have some clarity at this point.

Now you're finally realizing that they probably weren't "The One," and that person is still out there. Yes, you're still pretty heartbroken, but at least you're not feeling like love will never happen again for you. Once you accept that things are over, the avoidance behavior, or the perpetual sadness will start to dissipate, and you'll begin living your life again.

It'll take some time, but yes, you will move on. The pain will begin to sting less and less, until eventually you meet someone else. Whether they really were "The One" remains to be seen, but for the first time in a while, you have some hope.