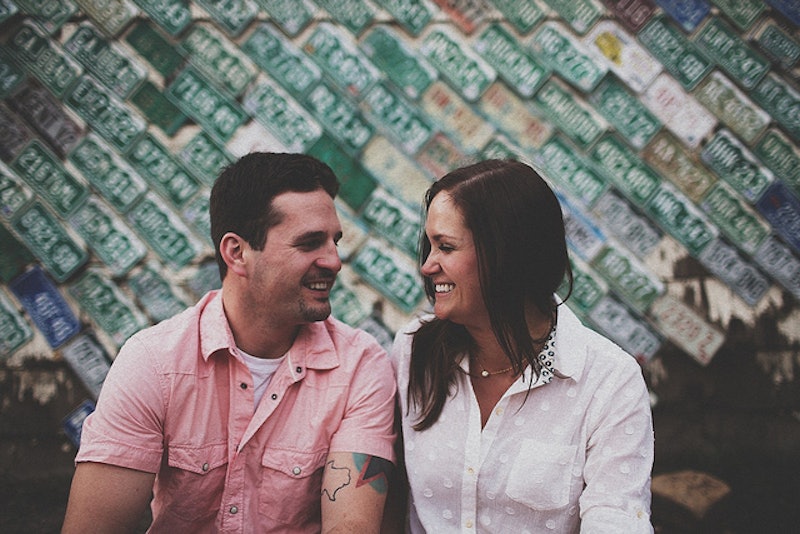 After ending a relationship with a partner, there usually comes a time where you might question your decision. You ask yourself, “Should we have given it one more try?” and consider if you should get back together with your ex. You go back and forth, you make pros and cons lists—you know the deal. After the deed is done, it's sometimes hard to tell whether the breakup was a mistake or not. You have so many conflicting feelings that it's impossible to decipher the emotional part of your brain from the logical part. You wonder if wanting to get back together with your ex will fade or if the feeling means you were never meant to break up in the first place.

Here's the tricky thing: It’s not always black and white. There’s a whole lot of room for gray. Ending a relationship is almost always difficult, but after some time away from your partner, you will (eventually) figure out what's best for you. After all of the late-night weeping sessions and all the girl's night outs, they'll come a time where you know exactly what the right choice is. Whatever you decide, it is very important to avoid getting caught in a dramatic rollercoaster relationship, where your cycle is breaking up and then getting back together. In the end, only you know what the right decision is, but just in case you're unsure, here are the signs that you and your ex should give it another go.

Time heals all wounds, right? Maybe all you two needed was some time apart to do some soul searching. Or, it could be that you are both more mature after some time went by. Often, after the world moves forward, you forget what it was you fought about, and you can restart with a clean slate. Whatever the case may be, time has made you two see that you want to be with one another, so why wait any longer?

2. The Problem Is Fixable

If the reason you two broke up is no longer a problem then, by all means, go for it. Maybe you and your ex broke up because it was a LDR and now you are living in the same city. Maybe you ended things because your partner was a workaholic and now he or she realized there’s more to life than just work. Once you realize the problem is gone, getting back together seems like the easiest solution, right?

3. You Both Want The Same Things Now

Sometimes you are dating someone and you realize you both don’t want the same things. The relationship has to end because there is nowhere to take this partnership to. It could be that you didn’t want kids and your partner did. However, people change, and so do our wants and needs. You could change your mind and later decide you want to have children, and you want to have children with your ex. If you both want the same things now, it sounds like timing is on your side.

After a relationship is over and you start dating again, you might realize that the grass isn’t always greener on the other side. In fact, the grass is looking a bit dead. You now see that the grass you were on once before was ever so green. If you both have this realization, why not go back to the grass you once knew and try to re-water it?

5. You Are Both Older And Wiser

Time has passed, and you both are more mature and much wiser. If that’s the case, things could be quite different for you two. Your relationship with each other most likely will have a much different, more mature vibe.

6. You Both Believe In Second Chances, And Want To Work Things Out

Who said you can’t give someone a second chance? There is no set rule that states second chances are off limits in a relationship. It’s up to you to decide if giving it another shot is the best choice for you. Maybe you or your partner made a mistake, and you both are able to learn from it, forgive, and move forward. If you two are dedicated to working on your relationship and willing to give it another chance, then go for it.

7. You Are Miserable Without Each Other

If after a while you both realize life isn’t worth living without each other, why suffer any longer? It can take some time away from each other to realize you are better together than you are apart. Of course, after any breakup, there is sure to be some miserable feelings, but if these feelings never seem to get better or pass, then you're probably not over each other. In this case, you might want to give the relationship a second chance—or at least consider it.

More like this
Emily Ratajkowski & Pete Davidson's Astrological Compatibility, Revealed
By Nina Kahn
Are Sagittarius & Capricorn Compatible In A Relationship? Astrologers Weigh In
By Kristine Fellizar
Bumble's "Compliments" Feature Lets You Message Before You Match
By Lexi Inks
15 Ways To Deal With A Toxic Family During The Holidays
By Gabrielle Moss and Carolyn Steber
Get Even More From Bustle — Sign Up For The Newsletter