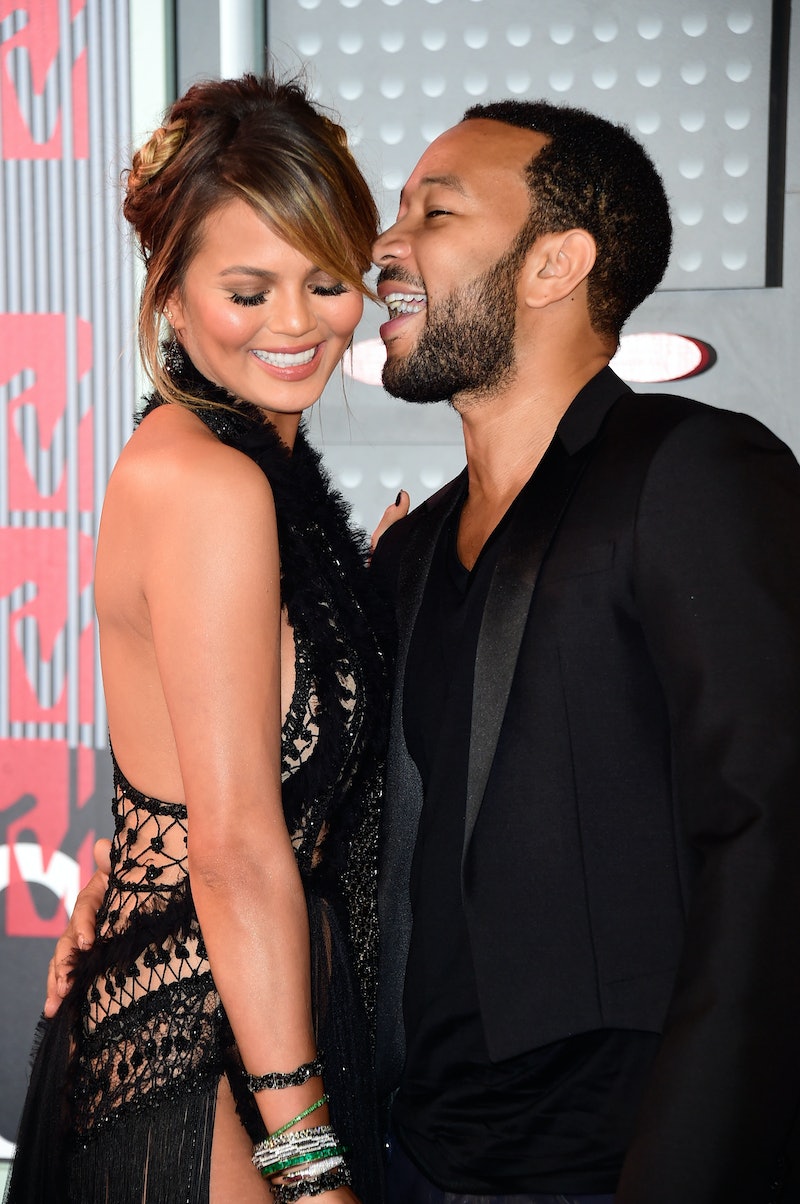 In case you needed another reason to consider Chrissy Teigen and John Legend as relationship goals, look no further than the Sports Illustrated model's latest Instagram posts. On Sunday night, Chrissy Teigen shared photos of a delicious-looking meal her husband made when she wasn't feeling well. Whether or not Teigen's sickness was pregnancy related doesn't really matter. The important thing here is that she wasn't feeling well, so Legend stepped in and whipped up some jalepeño chip tuna casserole. Clearly Teigen, who has her own food blog and upcoming cookbook, isn't the only chef in this relationship! It's almost unfair to have so many culinary skills in one couple.

Admittedly, the name of that dish, "jalepeño chip tuna casserole," makes my stomach turn a little bit. Who would think that tuna, chips, and jalapeños mix well together? Although initially skeptical, as soon as I saw a snapshot of the meal, I totally changed my mind. I need them to share that recipe ASAP, please! It looks cheesy and delicious and like everything I want to stuff my face with. Like, I would literally eat it out of the casserole dish by the spoonful (if that wasn't considered totally barbaric, or if I somehow magically scored an invite to dine with the Legends).

One of my favorite things about Chrissy Teigen, aside from her hilarious tweets, is that she's so open about her love of food. Back in August, she tweeted against fat-shaming and said people should never feel guilty about cooking or eating. Such an important message, don't you think?

Part of me hopes that once Teigen and Legend have their baby and things settled down that they will open their own restaurant. Wouldn't that be a brilliant move? In case you're on the fence, I think this casserole speaks for itself. Just look at it and try not to drool. It sounds bizarre, but looks like a dream.

Yum! I rest my case.