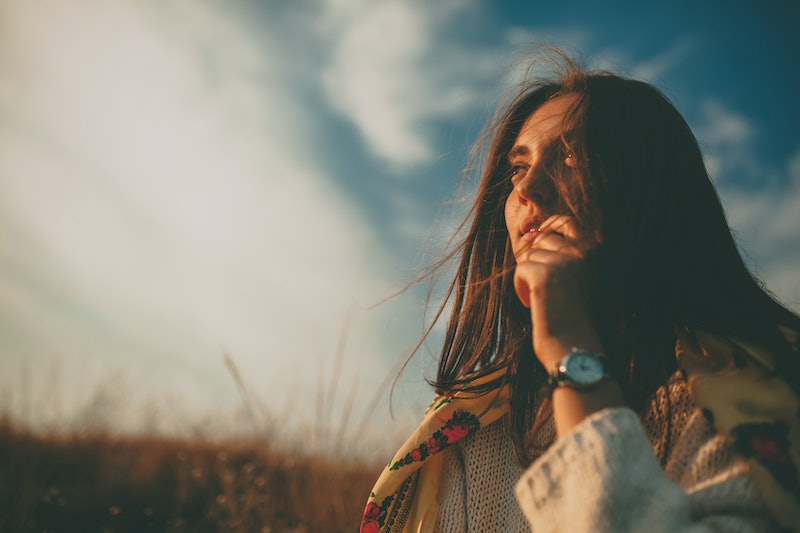 If you’re the type of woman who makes the first move, then Sadie Hawkins Day is for you. Nov. 13 is Sadie Hawkins Day and prime time to celebrate the fact that you’re a confident enough woman to put it out there and get what you want. According a new study by Match, women, more than ever, aren’t just making the first move, but are pretty much running the ship when it comes to their relationships. It’s about time.

When it comes to heterosexual couples, Match’s Singles in American 2015 study found that 90 percent of men are totally fine with being asked out by a woman, while 86 percent of men actively look for women who have confidence and self-assurance in the bag. According to Match’s Chief Scientific Advisor, Dr. Helen Fisher, “In fact, men like confident women. When I and my colleagues at Match asked 5,000+ single American men what they noticed first about a potential partner, over 69 percent said: ‘self-confidence’.”

The idea for Sadie Hawkins Day stems from Al Capp’s comic strip, Li’l Abner, which ran from 1931 to 1978. In the stories, Sadie Hawkins, had not been able to land a man and at the ripe old age of 35 was considered a spinster. Her father, desperate to marry her off, put together a Sadie Hawkins Day in which Sadie was to chase down all the eligible bachelors in town ― whomever she caught was to marry her. In the comic strip, Sadie Hawkins Day became an annual event and once caught, these men had to, by law, marry whomever did the catching. Makes dating these days sound relatively sane, doesn’t it?

According to Match’s research, where you live and even how you vote can determine whether or not you’re likely to be a woman who makes the first move. Here are seven types of ladies who go in for the kill:

Although when you think of Kansas your brain probably goes to visions of Dorothy and Toto, Kansas isn’t all farms and twisters. According to Match’s study, the top city for women who are willing to make the first move is Wichita, Kansas.

2. Women Who Live In The Country

In addition to Wichita, of all places, being the top spot for women who are the most brazen when it comes to dating, aside from Washington, DC, which is No. 4 on the list, the other nine places in the top 10 are completely devoid of major cities like New York and LA. Instead, in second place there’s Winston-Salem, North Carolina, and third place goes to Worcester, Massachusetts. At the bottom of the list, at No. 10, is the Manchester/Nashua area of New Hampshire ― hardly cities.

According to the study, “ultra conservative" women are more likely to make the first move than Democrats. Does this mean they’re all Donald Trump fans? Probably not.

While the study didn’t specify if these blondes are natural or bottle blondes, it did find that blonde women have far more confidence than brunettes when it comes to pursuing men. I guess this goes along with that old saying about blondes having more fun... which, honestly, having had every hair color under the sun, I can’t say this isn’t entirely false.

Women with kids are more likely than women without kids to make the first move when they see something they like. Go moms, go!

With a lifetime of experience comes a whole boatload of confidence. Not only do older women know who they are, but they know what they want. Because that’s the case, older women are more likely to approach a gentleman than a woman in her 20s.