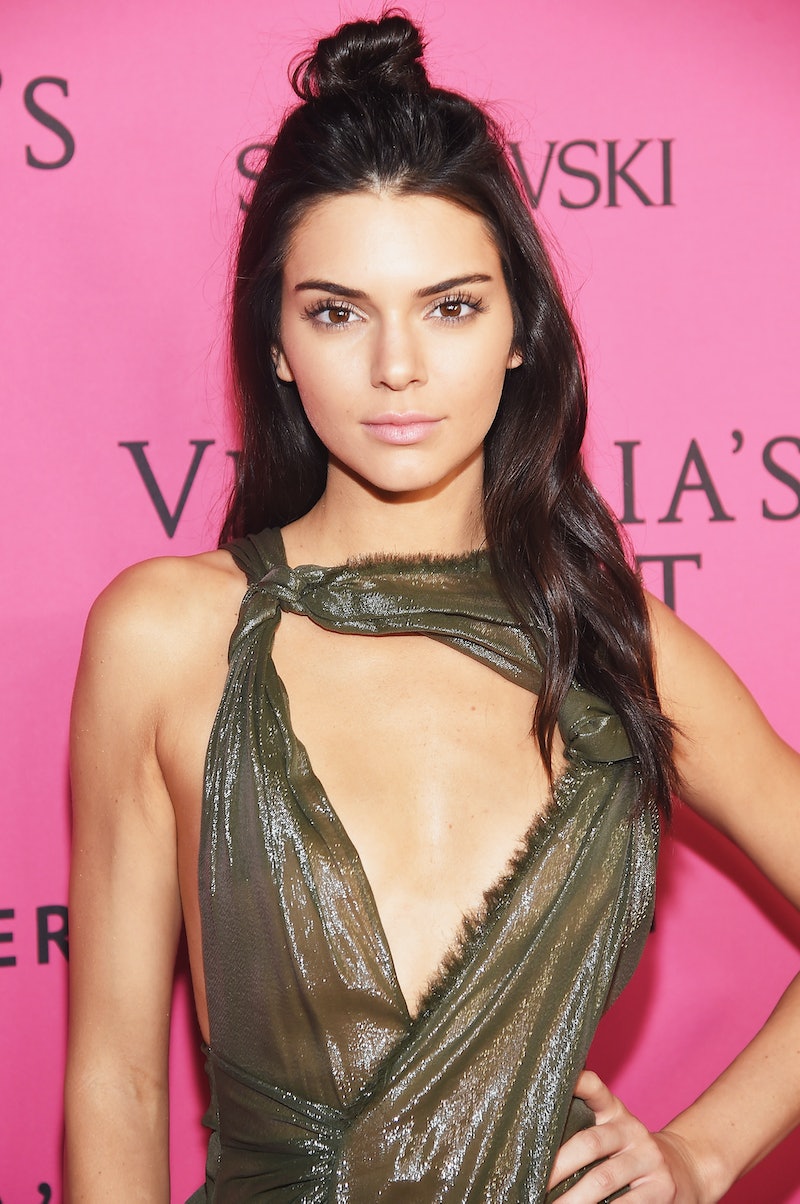 Remember back when Kendall Jenner casually mentioned wanting to try modeling during Season 4 of Keeping Up With the Kardashians? At the time, it was just a dream for the 14-year-old. Fast forward to 2015 and it's safe to say that Jenner's modeling career has skyrocketed. On Tuesday, Kendall Jenner walked in the Victoria's Secret Fashion Show, a sign that she's really made it. Making this milestone even more special, her close friend Gigi Hadid also walked the VS runway for the first time. While we have to wait until the show airs on Dec. 8 to see Jenner in action, the photos shared so far are proof that she absolutely rocked it. Something that's even better than the show itself? The fact that both of Kendall's parents, Kris Jenner and Caitlyn Jenner, attended the Victoria's Secret Fashion Show to cheer her on.

It's truly heartwarming that both Kris and Caitlyn could set aside any differences and come together to root for their daughter during such a major moment. According to an insider at People, here's what happened: "[Caitlyn] spread her arms wide as she walked over to Kris, who quickly stood up to hug her. Caitlyn also hugged Tyson Beckford, who was sitting right next to Kris and jumped up to say hello to Caitlyn as well." Awww, that's awesome! I wonder if they joked about that Kris Jenner birthday tribute video and Caitlyn's bathtub shoutout. (If you don't know what I'm talking about, you MUST check it out.)

Here's a sweet photo of the proud parents:

Both Kris and Caitlyn Jenner look fantastic! They easily could've walked the runway themselves. Aside from their great dresses, they both look genuinely thrilled to be there. Do you see those smiles?! Because it's such a precious family moment, I need to share just one more snapshot.

So if Kendall Jenner's parents were in attendance, who else from the famous fam came to watch? It turns out they may have been the only ones, as suggested by a tweet from Kylie Jenner. When a fan mentioned seeing Kylie's boyfriend Tyga there, the youngest Jenner explained her absence. Apparently she didn't want to make her sis nervous and add too much pressure. Understandable!

Despite not being there in-person, Kylie still showed her support, tweeting, "She was everything tho" with a heart-eyes emoji. Meanwhile, Khloe Kardashian also rooted for her baby sister from afar. The 31-year-old shared a congratulatory message to Kendall and pal Gigi Hadid on Instagram and Twitter.

As for Kendall Jenner herself, it seems like she's still wrapping her head around the whole experience. She posted a simple tweet after the show.

Congrats, Kendall! This really is such a huge moment, and it's great that her family is always there to cheer her on along the way.