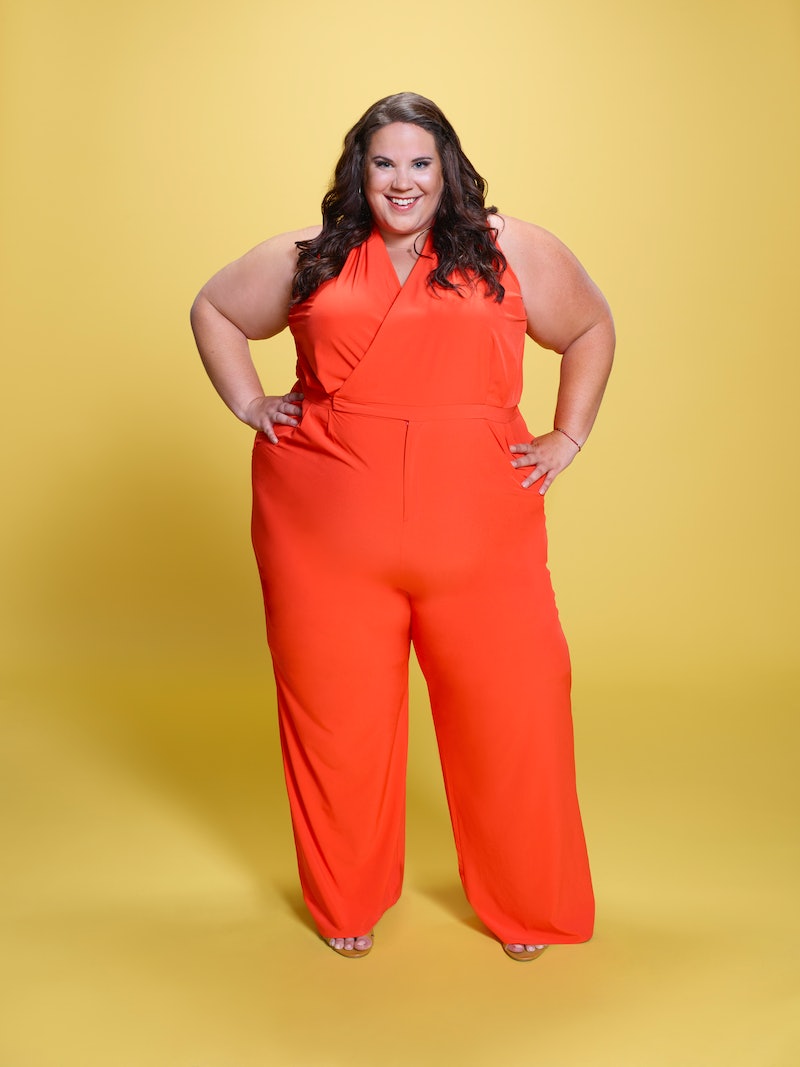 Like approximately 2.5 million other people in the world, I first came across Whitney Way Thore when I saw her dancing to the Jason Derulo song "Wiggle" while sporting black spandex leggings and a tight-fitted tank top. I had been directed to her now-viral homemade dancing video by a friend. The difference between her and many other spandex-sporting dancers, however, was that Thore was fat. She was rocking her visible belly outline in that tank top, and contorting her bod in ways we're not accustomed to seeing fat women — likely because they're either told that they're physically incapable of it (lies) or that no one would ever want to see them moving in such ways (more lies).

"Fat Girl Dancing" went viral in January 2014, ultimately landing the North Carolina native her own reality show. Now in its second season, TLC's My Big Fat Fabulous Life isn't what you might imagine when you hear "reality show about a fat girl." While there are certainly comedic aspects (it's safe to say Thore's traditionally Southern mother Babs is now globally beloved, and wearing pantyhose and sunglasses with her bathing suit at an indoor swimming pool probably solidified that), this isn't some kind of comedy people can turn on to poke fun at the fatty or harp on some weight loss narrative. It's about body positivism, size acceptance, weight bias, and self-love, told through the lens of a protagonist with just the sort of body type we're so often told not to aspire to.

Despite the fact that Thore thanks and truly loves the body positive community, she has a bone to pick with what she feels is a continued focus on "beauty."

"So much emphasis is placed on plus size modeling and appearance and outfits and all of this. And I think that’s fun. I think plus size models are very important, and that that representation is necessary," Thore tells me. "But I think that shouldn’t be the thing we aspire to most, because we’re still just begging for people to call us beautiful. And I think the point is that it doesn’t matter whether someone sees you as beautiful or not, because we all deserve respect."

At its core, body positivism is the belief that all bodies are good bodies, and that all bodies are worthy of respect. It's not supposed to be about finding ways of embodying mainstream images of aspirational beauty while in a fat body (unless that's what you want for yourself). Nor is it about making everyone in the world think that everyone else in the world is gorgeous. Rather, body positivism is about highlighting the fact that everyone deserves to feel at peace and in love with their bodies at they are now.

When discussing the inherent dissatisfaction so many plus size women seem to have with their bodies, Thore tells me, "A lot of fat women say, 'Whitney, I think you’re beautiful. But I could never wear that.' So I just say, 'Well I’m sorry, sister, that you feel you can’t. But I hope you get there.'” Thore wishes more plus size women didn't feel the need to fit into other aspirational beauty molds on their journeys to self-acceptance. She wishes that fitting into plus size industry standards (often an hourglass shape in the size 12-16 range) wasn't the main way so many women are able to feel beautiful when in a larger body.

This disillusionment with the quest for so-called aspirational beauty has shaped Thore's own relationship with weight. Much of My Big Fat Fabulous Life focuses on health, and the intersection of weight and health is an almost inescapable element of conversations surrounding body positivism. The notion that "fat is always unhealthy" is often a body shamer's first excuse for their prejudice. And unfortunately, misinformation surrounding weight and health is plentiful (like how bad consuming cholesterol is or isn't, that there is a difference between subcutaneous and visceral fat, or that there are problems with using BMI as an indicator for health).

Whitney Way Thore does want to lose weight. But not because she doesn't feel beautiful in her body as it is now, nor because she believes it's impossible to be fit or healthy when fat. Her choice is predominantly rooted in preference. She tells me that she'd feel more comfortable at a lower weight (a weight at which she'd still likely be and look fat, mind you), but acknowledges that her current body allows her to do plenty of the things that she loves.

"I’ve always been open about wanting to lose weight," Thore says. "There are people carrying an 'extra' 20 pounds who can’t be as active as me. But I know that when I have a hard time tying my shoes or going up a flight of stairs, or my feet hurt, that’s my business. I’m not doing it to fit any kind of mold, it’s just so that I can live the lifestyle I enjoy." Turn on her show, and you'll see her dancing (obviously), running a 5K, falling in love, posing nude for a painting, and just living life. But at the end of the day, we all have preferences, and hers just happens to involve weighing less.

The thing is, her no-bullshit way of discussing self-love while simultaneously being open about her desire to weigh less doesn't align perfectly with mantras proposed by some members of the body pos movement. "People look at me sometimes and ask, 'How can you be body positive and want to lose weight?' And it really grinds my gears. It pisses me off," she tells me. "I can do way more things than I ever thought that I was capable of, but when people tell me that I shouldn’t lose weight, I just think, 'Come live in my body!' That’s the whole thing about being body positive, is that what we want for our bodies is our own."

The separation of beauty when it comes to acceptance is essentially what Thore's #NoBodyShame campaign is all about. Mutual respect, and the acknowledgment that we all deserve self-love. No questions. No limitations. No stipulations. She recalls the campaign's origins in 2014 as such:

"I had just gained all the weight back that I had lost in 2012. I was the heaviest I’d ever been. And I was so depressed. I was broke, working morning radio for nothing and living at home with my parents. I wondered what I was doing with my life. How did I let this happen to myself? And I thought, I’m just going to do a little experiment. I’m going to do the things I thought I couldn’t do because I’m fat. So any time an experience comes my way that I would normally not do just because of my weight, I’m just going to do it regardless [...] Anyway, a friend of mine wanted to do some boudoir photographs of me. And I was like, 'I would never ever do that in a million years, so … what time should I meet you?'”

Thore didn't know it at the time, but those images were going to be a gamechanger. She went into the shoot thinking she'd have a bit of fun, but hate the photos afterwards. Instead, "It was the first time in my entire life that I didn't cringe looking at my body." She felt beautiful, yes, but not in the way "beauty" is defined by the vast population. She was still fat; she was still herself. She'd just changed her perspective. "So I posted them on the Internet and I got a lot of hate mail [...] So I was like, 'OMG I have to address it.' So I made a blog, and I just titled it No Body Shame."

It was a couple months later that "Fat Girl Dancing" went viral. But when a morning television show called her for an interview, they asked about her campaign, and suddenly she realized she had to make No Body Shame her life's work. Ultimately, that's how TLC would find her. That's how she'd wind up designing an activewear collection, with proceeds going to the PCOS Foundation, which helps spread awareness and education of Polycystic Ovarian Syndrome, and the National Eating Disorder Foundation.

These days, My Big Fat Fabulous Life allows Thore to discuss self-love with a wider audience. People who might not have heard of body positivity — people who might never have been told that their body was not a "flaw" — can see her on TV and maybe, just maybe, reconsider that little thing called social brainwashing. Maybe, just maybe, they can take their focus off of what Hollywood deems "beautiful," and focus on living beautifully instead.

"I’ll never forget one of the first messages I got," Thore tells me. "It was this guy in Lebanon. He said, 'I just saw your dance video. I’m gay, and it’s illegal to be gay here. And I saw your video and I feel like my life is going to be OK.' I think that’s cool. It shows how important the message is, and it shows how just seeing one person living their life authentically can affect someone else."

For now, Thore will continue to spark conversations — intentional or otherwise — about body positivity and sizeism that even the most diehard activists are sometimes reluctant to have. And she'll use her national audience to transcend the body pos community's parameters. And of course, she'll continue to dance in spandex as if everyone is watching. Because we are.