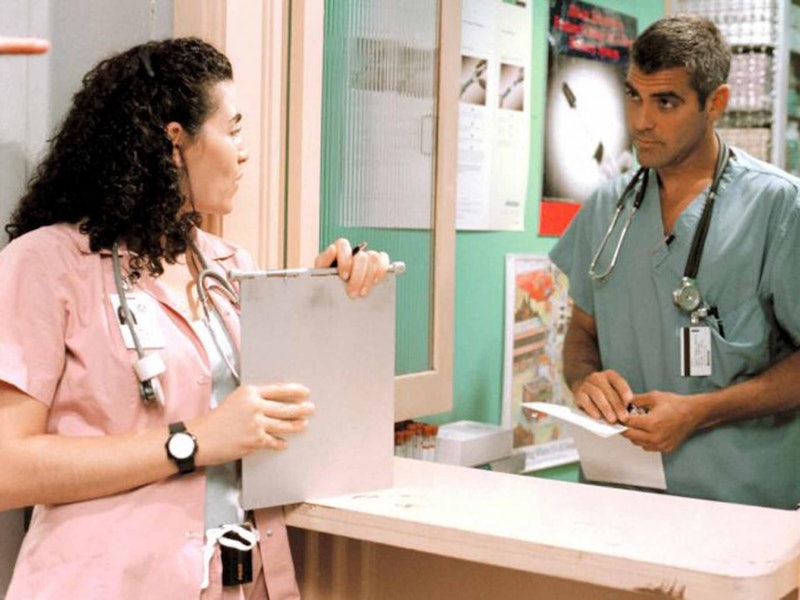 It somehow feels like the ER finale aired both yesterday and a lifetime ago, but ER continues to be the standard for all other medical shows. The rub is that nothing quite measures up to the drama, tenderness, and range fans saw from the moment the first episode of ER aired in 1993. It had its own style, featured the one of the most diverse casts of its time, and, despite its very large ensemble, every single character on ER, from the doctors and nurses to the patients and everyone in between, was fully developed and fleshed out. To boot, each character went went on to have a satisfying (and occasionally tragic) arc. Basically what I'm saying is that there are a lot of reasons to be thankful for ER.

When it wasn't putting its beloved characters through physical and emotional anguish, ER was creating new television trends, showing off performances from some of the best actors in the biz, and teaching its fans a few things about life in an emergency room. So, with Thanksgiving right around the corner, it's time to reflect on why anyone who loves television should still be grateful for ER.

1. It Ushered In McDreamy

Look, there have been plenty of great hospitals shows before ER came on the scene. MASH, St. Elsewhere, and Chicago Hope are all classics in their own right. But, this show really popularized soapy plot lines and dramatics that would make your head spin. It paved the way for Grey's Anatomy to come on the scene in 2005 with McDreamy as the clear spiritual successor to Dr. Doug Ross. #Blessed.

With helicopters falling from the sky, shootings, stabbings, and kidnappings, this show got dark. The longer it went on, the higher the drama reached. You really cannot beat this show for the amount of peril those doctors were put through.

3. It Made Us A Tiny Bit Healthier

Sure it tackled the big problems, but ER also addressed high blood pressure, bad cholesterol, and the importance of good eating. There was some truth-telling in all that drama and it rubbed off (a little) on me.

4. It Went To Faraway Places

Remember that time Dr. Carter and Dr. Kovac went on their African aide missions? What about Dr. Greene's trip to Hawaii? Typically the show stuck to the action in Cooks County, but every time they left it, you knew you were in for a great episode.

Dr. Benton, is also known as the best character on the show, and a flawless human being. You didn't really think I'd make it through this post without mentioning him, did you?

Laura Innes rocked this show for Seasons 2 through 13, with a guest appearance in Season 15. She was an adopted, disabled woman who went through a major custody battle when her partner died. There was never an shortage of drama for her, but through all of it she was aggressive, career-focused, and took crap from no one. Bow down.

7. It Had Some Amazing Guest Stars

Sally Field. Ewan McGregor. Forest Whitaker. Zac Efron. Yeah, this show was a big deal that had some big name actors circulating through for its entire run. Fun fact: Did you know Quentin Tarantino directed an episode? Season 1 episode 24 "Motherhood."

8. It Brought Us The Shaky Cam

The visual style on this show followed the chaos of a trauma patient as they were wheeled through the ER. It's now become a more commonplace way of filming, but that is likely due to ER's success.

9. It Balanced Sad With Funny

Sure there was plenty of drama and trauma, but the show always managed to work in lighter moments between the doctors and nurses. Drinks, laughter, and relaxing in the break-room, we liked these characters because they (mostly) liked each other.

10. It Focused On Nurses

While many medical shows tend to focus exclusively on the doctors, ER had a diverse group of nurses many of whom stayed on through the show's entire run. While they never really took center stage (excluding Nurse Hathaway), Haleh, Jerry, and Chuny were all developed people in their own right.

11. It Cycled Through An Insanely Talented Cast

Some stayed for years, some left just as the show was heating up, some were only on for a few episodes. Regardless of the duration, the casting was impeccable and every single person on the show brought their A-game week after week.

That really says it all, doesn't it? So thanks for fifteen good years, and excuse me as I fire up my DVDs for a good old-fashioned marathon.