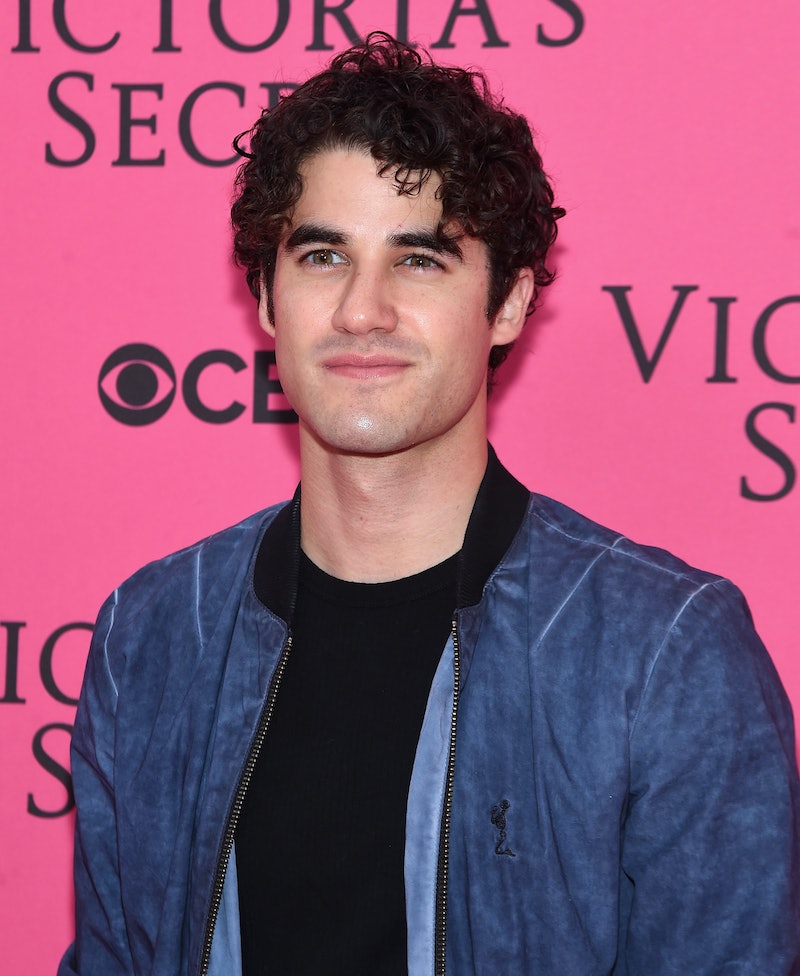 I'm starting to wonder if the Hotel Cortez has room for any actual living guests because at this point all of the rooms seem to be occupied by either virus-infected vamps or murderous ghosts. But I also have to admit that this overcrowding problem does come with some advantages, one of which involves the return of Darren Criss as a ghost on AHS: Hotel . As I'm sure you all recall, Iris pulled a full-blown Kathy-Bates-Misery on him not too long ago as a way to help own her new vamp-like abilities. But given that anyone who dies in this hotel with unfinished business can return, it's no surprise that we were granted with a quick cameo of Darren Criss' hipster character, Justin, who was wandering the halls with some very important unfinished business: HE NEEDED SOME KALE!

Seriously, that was what he was complaining about to all of the hotel's peepholes. I guess becoming a ghost really gives you the case of the munchies. But does he really have to be so healthy about it? You're a ghost, dude. I think it's OK to splurge on some pizza and ice cream, you know what I mean? Anyway, it was great to see him and gives me hope that he'll potentially pop up a few more times throughout the rest of the season.

So as long as he still has such big scores to settle in the afterlife, this hotel is going to have yet another permanent resident on its hands. Sure, his character is pretty annoying (in kind of the best way). But you have to admit that any form of Darren Criss is certainly better than no Darren Criss at all. Now, will someone please get this guy some kale already?!