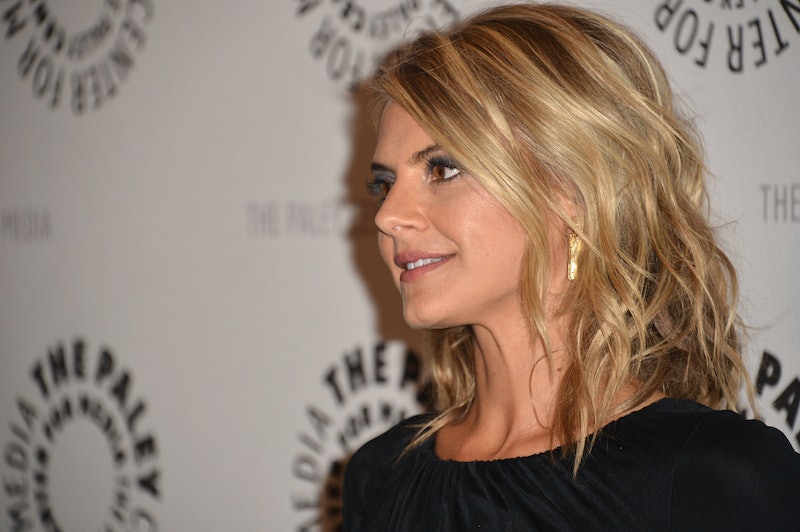 This is no laughing matter! In a twist worthy of a Shonda Rhimes soap, an actress known primarily for her comedic chops has landed a juicy role on the season's best new thriller. Happy Endings star Eliza Coupe is joining Quantico ... and this news is as unexpected as it is amahzing. Coupe, who played the uptight but hilarious Jane Kerkovich-Williams on the ABC sitcom is now joining the Priyanka Chopra-starring ABC drama as Hannah Wyland, who TVLine describes as a "top-notch agent" who, "can turn on the soap, sex and romance, but, at heart, she’s a hardcore career agent with countless notches in her belt." Coupe is expected to debut as Agent Wyland in the tenth episode, which, depending on when the show's midseason finale falls, will air in either December or early 2016.

And the news gets better from there. TVLine also reports that Coupe's supporting role "comes with a series-regular option," which means that, if the showrunners like her work and audiences respond well to it, she could be promoted to a permanent main character. Because I've been longing for a Happy Endings reunion ever since the cult classic comedy was cancelled after three underrated seasons, I'd like to imagine how ABC could get the rest of that show's main cast onto Quantico.

Cuthbert, who excelled at playing dumb blonde Alex Kerkovich on Happy Endings, could easily slip into the role of Shelby's older sister, Susan Wyatt, a prim and proper Southern debutante who disapproves of her younger sibling's government job and Die Hard lifestyle. Bonus: Cuthbert is available, since her NBC sitcom One Big Happy was just cancelled after one season.

On Happy Endings, Knighton played sad sack straight-man and food truck enthusiast Dave Rose. On Quantico, he could play a schlubby computer tech who gets drawn into the larger conspiracy by his coworker, Simon. Naturally, there would be more to this techie than initially meets the eye. Bonus: Knighton is available, since his FOX sitcom Weird Loners was just cancelled after one season.

Pally played against the grain of "gay best friend" stereotypes as Happy Endings' lazy and underachieving Max Blum. He would be a natural fit as Quantico's heretofore unseen class clown, providing the super-serious show with some much-needed comic relief, giving audiences just enough time to fall in love with his goofy ways — before being tragically killed off towards the end of the season. Bonus: Pally is available, since he recently left his series regular gig on The Mindy Project (although he continues to recur sporadically as Dr. Peter Prentice).

As Brad Williams, a successful businessman with a wild side, Wayans, Jr. was the other half of Happy Endings' Brad/Jane power couple — so it would be especially gratifying to see him reteam with Coupe on Quantico. He would obviously play a motor-mouthed CIA agent who obviously gets on the nerve of our protagonists when he's dispatched by the government to set up a joint task force investigating the Grand Central bombing due to a lack of progress on the FBI's part. Bonus: Wayans, Jr. is available, since he recently left his series regular gig on New Girl.

SNL alum Wilson stole pretty much every Happy Endings scene as the hopelessly lovelorn Penny Hartz. Quantico should give her an equally scene-stealing role; perhaps as an unscrupulous and gossipy reporter that Agent O'Connor surreptitiously reaches out to in order to launch a smear campaign against Alex Parrish. However, this reporter isn't as clueless as she seems, and, after Alex convinces her of her innocence, she ends up redeeming herself and fighting on the side of the angels. Bonus: Wilson is available, since her NBC sitcom Marry Me was cancelled after one season.