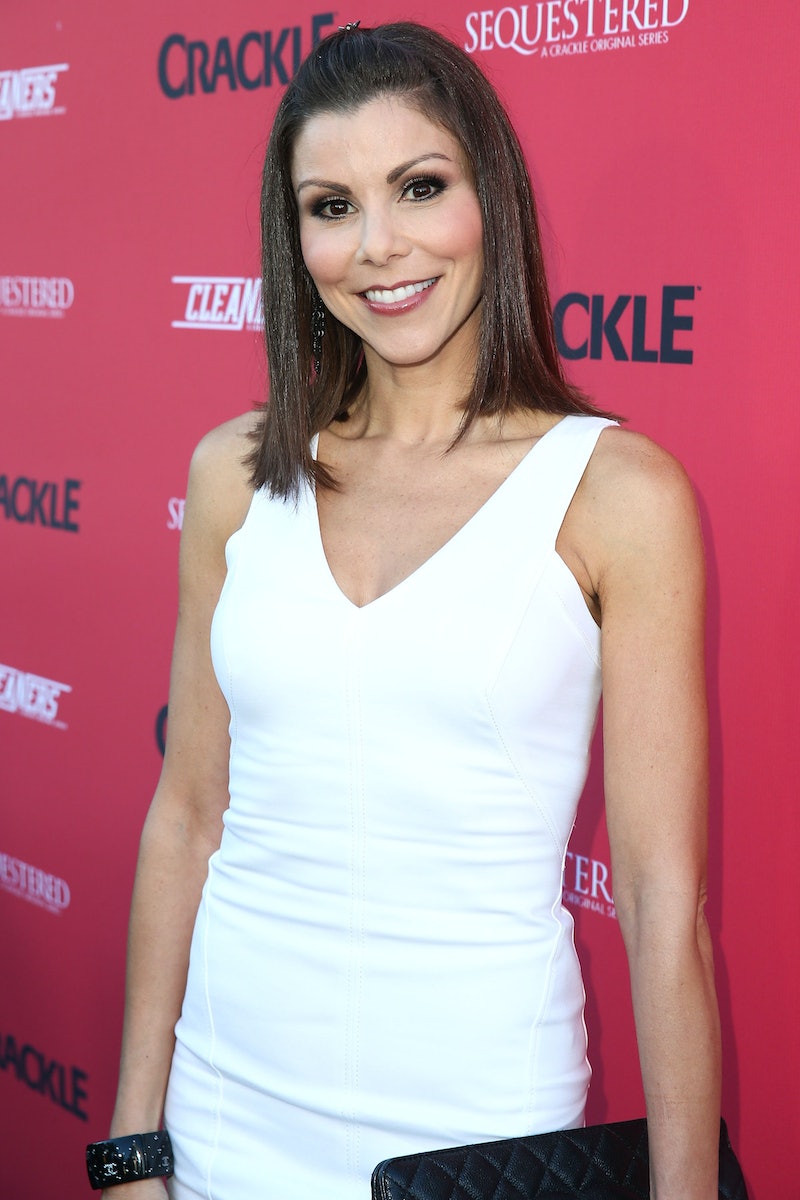 Now that it's out in the open that Brooks Ayers did indeed fabricate medical documents related to his alleged cancer diagnosis and that he allegedly never received treatment at the Center of Hope, Heather Dubrow from The Real Housewives of Orange County is speaking out, and she's not surprised one bit by his confession. She gave the following statement to E! News:

The root of it is, Brooks is proven to be a con man. Tamra [Judge] has said this for years. I didn't believe it until this year; now I see it. But the question for Tamra and Shannon [Beador] and Meghan [King Edmonds] and myself is now Vicki [Gunvalson]'s involvement in it, and when did she know? Because that's... You know, he doesn't affect us. He is who he is. He's gone from all of our lives, I'm happy to say. But Vicki is in our lives. And when did she know? I think I said in the reunion, "We all agree he doesn't have cancer but when did you find out?" I said to her. So, I mean, those are the questions.

It's really no surprise that Gunvalson's own credibility and involvement regarding her ex-boyfriend's alleged lies is coming into question. Throughout Season 10, the OG of the O.C. stuck by her former man, his alleged illness, and even tarnished some friendships in the process. However, now Gunvalson wants nothing to do with Ayers. As she told Extra's Maria Lopez, "I hate him, I hate him with everything in me, and I don't hate people, but I believed him, I trusted him, I defended him, took a bullet for him when people didn't like him."

As for the statement Ayers made to E!, it reads as follows: