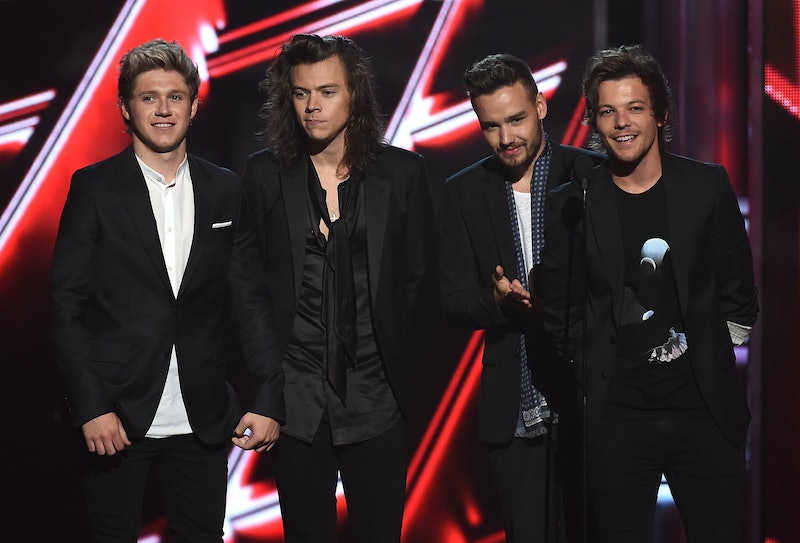 Mixed emotions all around as One Direction released Made In The A.M. on Friday, their final album before an extended hiatus. No one can be sure when the boys will be back together again, so fans of 1D are sure to be both devastated that this is the end (for now), but also deliriously happy that they finally have a new album by the band. Although I've never been a "Directioner" — Is that how people say it? Now I feel super old! — as a Brit, I remember when 1D first got together on the The X Factor UK in 2010. But why is their new album called Made In The A.M. ? And is that the best title, seeing as this record marks their last music before taking an extended break?

Taken from the song "A.M." which closes the album, 1D ruminate on when the best conversations, and most memorable moments in their lives, take place. According to One Direction, the "A.M." is when all sorts of magic happens, and the song addresses another person, asking them to stay, and reminding them of all the commonality they've shared together ("You and me were raised in the same part of town, got these scars on the same ground").

The song very much feels like a reminiscence, swimming in that feeling you get when a party runs real late. And, if I were to read far too much into it (and you know I'm going to), I'd hazard a guess that the party that's being referenced is the amazing career 1D have had to date. This is (maybe) confirmed later in the song when these hopeful words are uttered: "You know I'm always coming back to this place. You know." As the song closes the album, it's almost as if we're with One Direction as the party winds down, and even though this party's ending, there will be another one sometime soon, and we'll definitely get an invite. Right?!

Would another title work better for the album, considering the band are going on hiatus? Maybe. But perhaps they went with a less obvious choice like Made In The A.M. for a reason. Because this isn't their last album ever, for instance. And to draw us attention to "A.M." the album's final track, which is pretty subdued, almost as if it's easing us into 1D's hiatus, preparing us for the fallout. Oh how we cry. And cry.