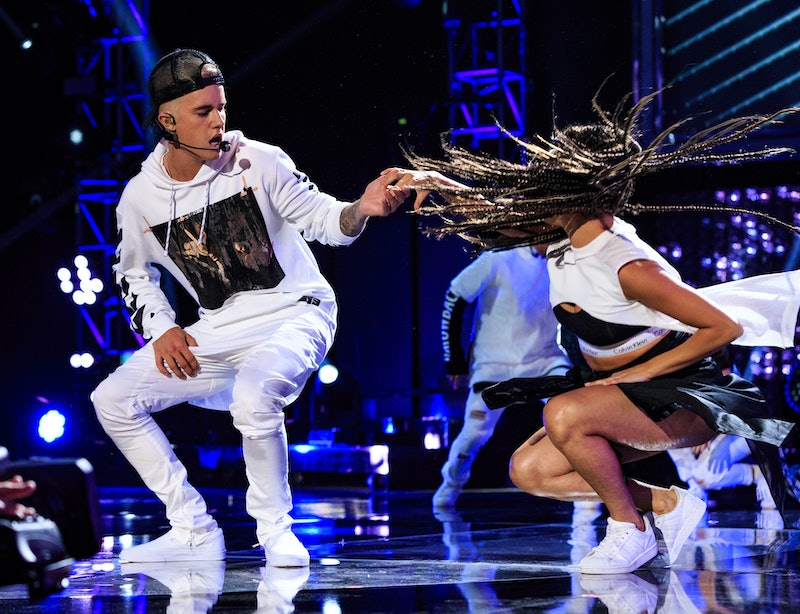 I haven't always loved Justin Bieber. In fact, I still don't, really — not as a celebrity figure, anyway. I've never really had a problem with his music, other than the fact that it was made for people much younger than myself and therefore not really applicable to my life or appropriate to have in my iTunes library. All of that changed earlier this year when the now grown-up (at least in terms of age) Bieber began releasing new material; first, the EDM-inspired "Where Are U Now", followed by "What Do You Mean", and most recently the Jamaican dancehall influenced "Sorry." Every one of those tracks was amazing, and as much as I hated to admit it, one thing was for sure: I was becoming a Justin Bieber fan.

I hate to admit how much I've been looking forward to the release of Purpose . I'm not someone who even believes in the idea of a guilty pleasure — if you like an artist, no matter who they might be, why would you feel guilty about it? — but my sudden love of the Biebs wasn't necessarily something I was ready to advertise. Then I realized that I wasn't the only one enjoying the singer's musical renaissance, and that made me feel a little better, because at least I wouldn't be alone in my obsession with his new album when it came out, and it's pretty clear at this point that I'm not.

Purpose, as an album, is as close to flawless as is possible for a pop album. It's got a bit of hip hop, a bit of EDM, a little R&B, and some straightforward pop music, all mixed in perfectly throughout 13 cohesive songs (18 if you've got the deluxe edition, which is really where it's at). Not only does the album show how much Bieber has matured as an artist, it also marks an upgrade in the quality of his songwriting and the production of the album as a whole. In other words, the singles he released leading up to Purpose hitting shelves weren't at all misleading, and the album didn't disappoint.

Of course, there's still a bit of a disconnect between Bieber the artist and the young guy learning how to grow up while the world watches, and that's still something I struggle with, for sure. But you don't have to like someone as a personality to enjoy their art, and that's definitely the case with Bieber. Regardless of what you think of him as an entertainer, one thing's for sure: his music is addicting, and I guess that officially makes me a Belieber, for better or worse.