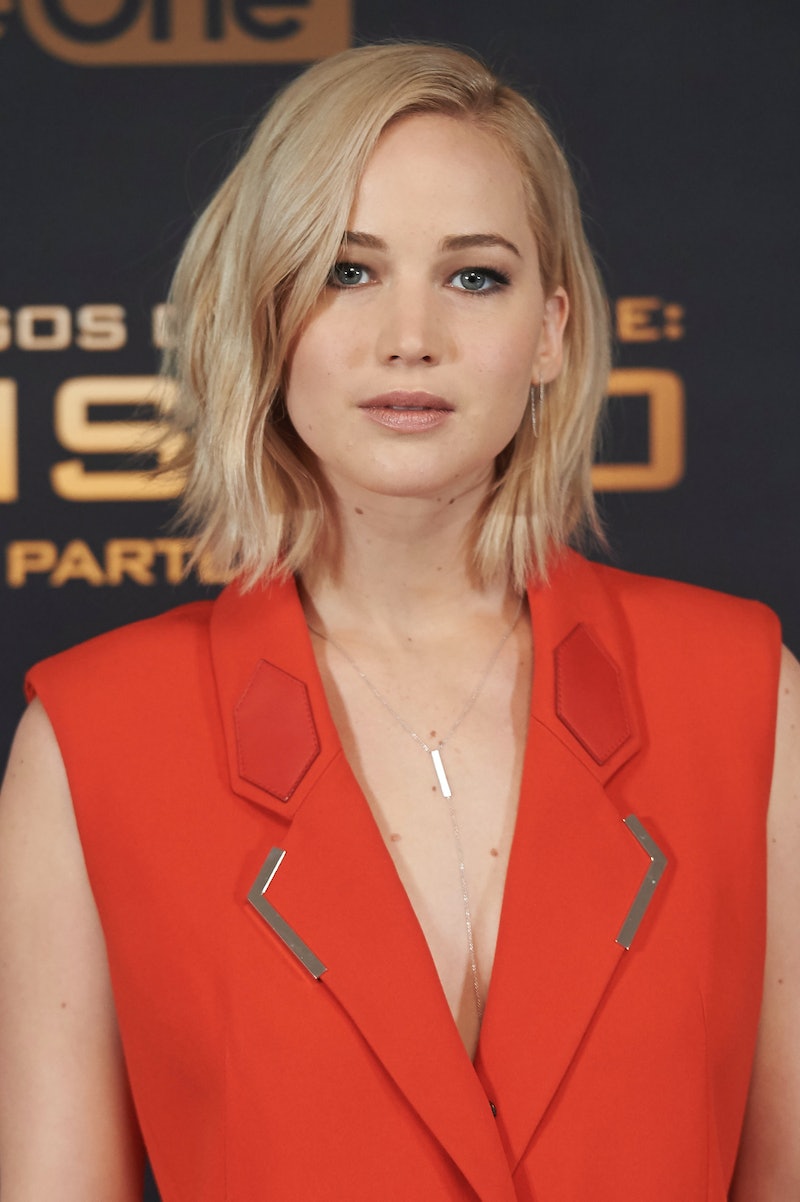 I was almost nervous to watch Jennifer Lawrence's in-depth interview with Diane Sawyer, because I seriously don't need any more reminders of how intimidating she is as a person and how much she's achieved at age 25, while I, at 28, still frequently eat tuna out of the can for lunch. Making me just slightly more advanced than a domesticated cat, because I at least have the opposable thumbs that allow me to operate the opener. But anyway, I did tune in to the interview, which aired on Nov. 12, and I'm so glad I did, because in addition to a discussion of the wage gap in Hollywood, Lawrence also spoke candidly about her breakup with Nicholas Hoult, a subject she doesn't dwell on often... at least not publicly.

Lawrence and Hoult met during a screen test for X-Men: First Class and dated for five years, breaking up right around the time the actress wrapped her work on the franchise. Which... is actually really tough! I didn't consider it until Lawrence made the connection, but crap! Two of the biggest things in your life, both representing five full years, ending at the same time? Woof. Here's what Lawrence shared with Sawyer about the end of her relationships:

These movies had been my life for so long and they had to come first in everything. I was also in a relationship with somebody for five years and that was my life. So my life was this person and these movies and we broke up around the same time that I wrapped those movies. Being 24 was this whole year of, "Who am I without these movies? Who am I without this man?"

Wow. I feel like Lawrence is always honest, but she's not usually this straightforward, speaking directly to an issue instead of skirting around it with jokes. And I'm so glad she went this route this time around, because it really makes me empathize with her. I'm sure we've all been through something similar, a life-changing moment that we feel like forces us to redefine ourselves as a person, and for me, at least, it's a relief to know that those emotions are overwhelming even when you're rich, successful, and famous. Here's a more extensive clip from the full interview, so you can see if she mentions anything that might also make me feel better about my snacking habits. Nothing? No? Oh well.