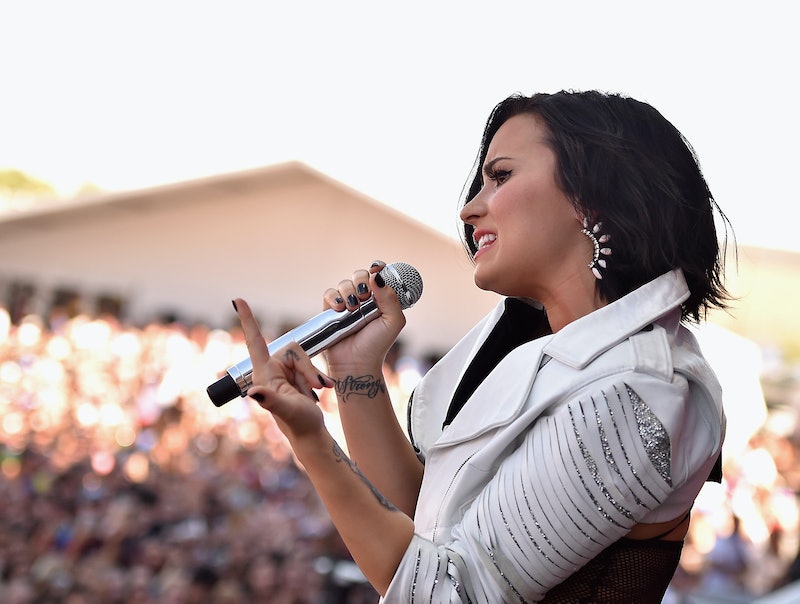 On Friday, Nov. 13, multiple attacks shook Paris, France, as gunmen and those armed with grenades brought tragedy to the city. The death toll is currently said to be at least 60 people. Amid the horrible and terrifying reports pouring in, many celebrities spoke out about the Paris attacks with words of mourning, prayer, and shock.

According to reports, shooters opened fire in the city, while explosions occurred near Stade de France, the national stadium, where President François Hollande was attending a match between the French and German national teams. Reportedly, 100 hostages are being held at Bataclan theater where the band Eagles of Death Metal were playing a concert.

President Hollande has closed France's borders, and President Obama has issued a statement on the events, saying they are "an attack on all of humanity and the universal values that we share."

In this time, it's natural to want to look to others who are sharing similar emotions. While the words of celebrities are no better nor more important than those of anyone else, they do have larger platforms. Because of this, when they speak out about tragic events like these on social media or otherwise, many see their thoughts and are able to relate and find some sort of solace. Here are some of the famous faces who have spoken out in regards to the horrible events taking place: