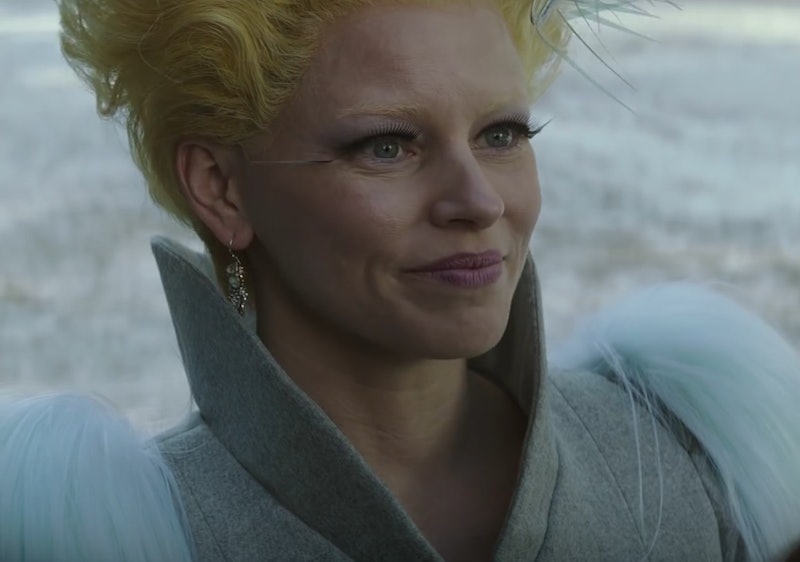 Effie Trinket, as played by Elizabeth Banks, is one of the breakout characters of The Hunger Games movie adaptations. District 12's representative and stylist, Effie first appeared in The Hunger Games as a threat. Her arrival in the district signified the reaping, which, in turn, brought a death sentence for two of District 12's children — not exactly a role meant to endear audiences. Yet with her extravagant outfits, crazy wigs and comedic relief, Effie became one of the most recognizable characters of The Hunger Games franchise once it was brought to the big screen. She is also one of the most beloved, which means fans are wondering, what happens to Effie in Mockingjay ?

Effie is actually one of the only main characters in The Hunger Games whose onscreen fate has already differed from her fate in the books by Suzanne Collins. In the Mockingjay book, Effie isn't welcomed in District 13, and she certainly isn't instrumental in helping Katniss become the Mockingjay symbol for the rebellion. On the contrary, Effie is stripped of any role, thrown in jail for her ties to the Capitol. She doesn't reappear until Katniss is preparing to (spoiler) execute President Snow. What happens to Effie after the execution is a little unclear, but it is said that she returned to live in the Capitol — whatever is left of it.

Effie's character has already deviated from the books, so what will happen to her in Mockingjay, Part 2 is anybody's guess. Given the close bond between Effie and Katniss and Effie's status as a fan favorite, it seems safe to say that she will definitely be featured in a handful of scenes, at least. But, other than her style sessions with Katniss, Effie's arc in the film is completely in the hands of the filmmakers, meaning there are infinite possibilities. Here are a few Effie scenes I hope we get to see in Mockingjay, Part 2 .

An Effie And Peeta Reunion

Effie cares a lot for her victors, Peeta and Katniss, and I hope we get to see Effie reuniting with Peeta after his rescue. It's likely Mockingjay, Part 2 will pick up after Peeta's initial return, which ended Mockingjay, Part 1, but it would still be lovely to see a bit more of Effie's protective side when it comes to Peeta. At the very least, I want a nice Effie-Peeta hug.

Mockingjay, Part 2 is definitely going to be intense, which means it will be in desperate need of some comedy. And who better to provide that comedy than Effie and Haymitch? The dysfunctional twosome are funny, charismatic, and I could watch them banter all day.

Effie has always been a source of comfort for Katniss. At least, once Katniss decided not to hate her for being from the Capitol. When Katniss feels uncomfortable being the Mockingjay, it's Effie who tells her she can do it. It's a sweet relationship, and one I hope continues in Mockingjay, Part 2.

Whatever happens to Effie Trinket in Mockingjay, Part 2, I know I'll miss her, and her crazy makeup, when the movies are over.