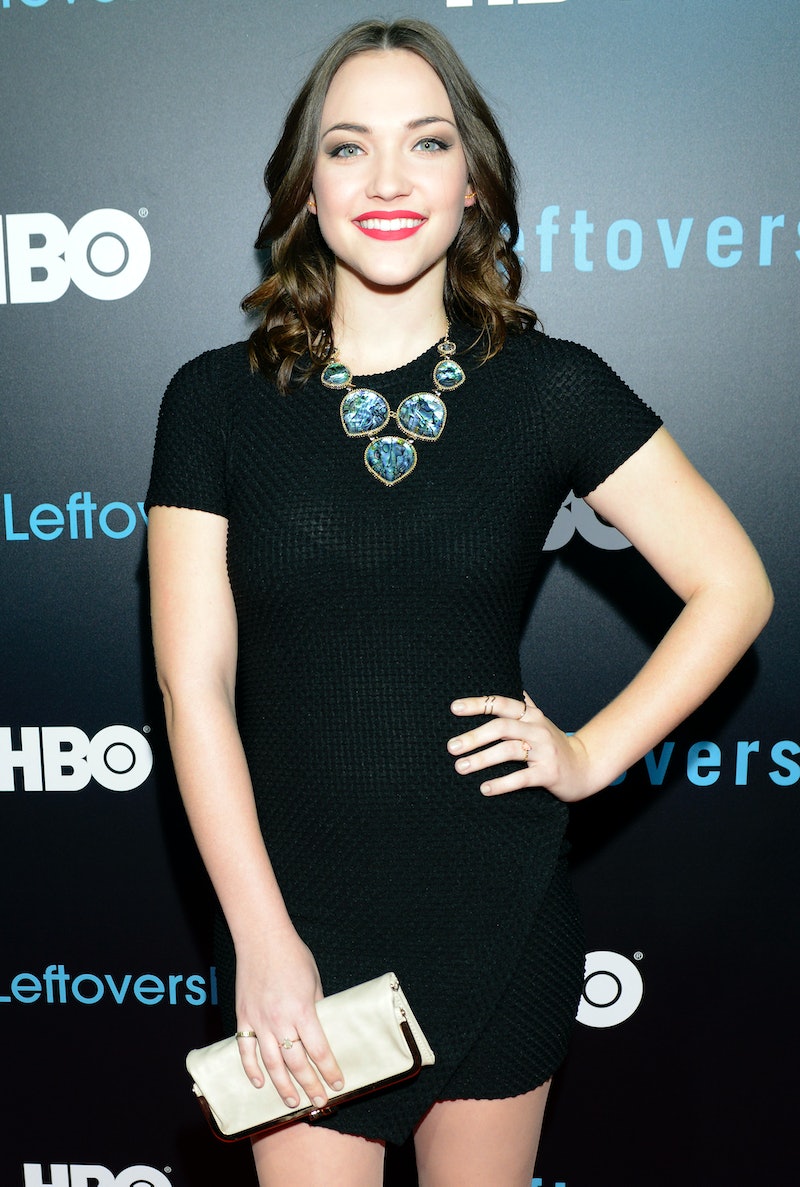 This season on The Flash, Barry Allen and his S.T.A.R. Labs team have been preoccupied with the appearance of the Earth-2 villain Zoom, who is proving to be incredibly powerful (and frightening). Also arriving from Earth-2 are the alternate world's Flash, Jay Garrick, who has nobly helped Barry learn more about his powers; as well as Harrison Wells, whose true motives were only recently revealed. Last week's episode introduced Harrison Wells' daughter Jesse Quick, a hero from the DC Comics universe, who is named Jesse Chambers Wells on The Flash according to executive producer Andrew Kreisberg. But who plays Jesse? Actress Violett Beane is a newcomer on the scene, with only two TV roles under her belt, including The Flash.

She also joined the cast of indie comedy Slash, which co-stars Michael Ian Black and Missi Pyle, and starred in the indie horror movie Flay, based on folklore similar to Slender Man. But, although she may not have too many roles on her resume, there's plenty to know about the young actress. Before we learn more about her character on The Flash, and before she quickly becomes more of a hero, here's what you need to know about this Jesse Quick actress.

She Appeared on The Leftovers

In season 2 of The Leftovers, Beane plays Taylor Truitt, a local girl in Jarden, Texas (a town known as Miracle because it didn't experience any departures), who went missing along with two other girls. Though the mystery of her disappearance has been explored so far throughout Season 2, Beane has only appeared in a handful of episodes.

She Got Started in Theater

Like many actors, Beane started out acting in school theater productions, but stopped in the middle of high school due to a disagreement with a teacher, according to her interview with Breakdown Services. Instead, she moved on to pursuing film and TV roles.

She Hates Street Harassment Too

Many women know the awful feeling of being catcalled or otherwise harassed on the street, and Beane is calling out the practice. I'm not sure if there's a witty response to catcalling in the situation of being honked at, but Beane certainly handled it gracefully on Twitter.

She Can Lick Her Elbow

Not everyone can lick their elbows, but according to the special skills section of Beane's resume on her website, she is one of the flexible few. I don't know how that will help her in future roles, but it's certainly a fun fact.

She Has a Bunny

Cats and dogs may be the favorite of many celebs, but Beane prefers her bunny, Milo, who has been known to go on playdates with other bunnies (also named Mylo, weirdly enough). Of course, owning a rabbit isn't all "cuteness and carrots;" Beane recently posted a photo of her partially ruined laptop keyboard that seems to be the result of a Milo mistaking her laptop keys for a snack. Hey, as long as he doesn't get in the way of her exciting role as Jesse on The Flash, Milo is OK with me.