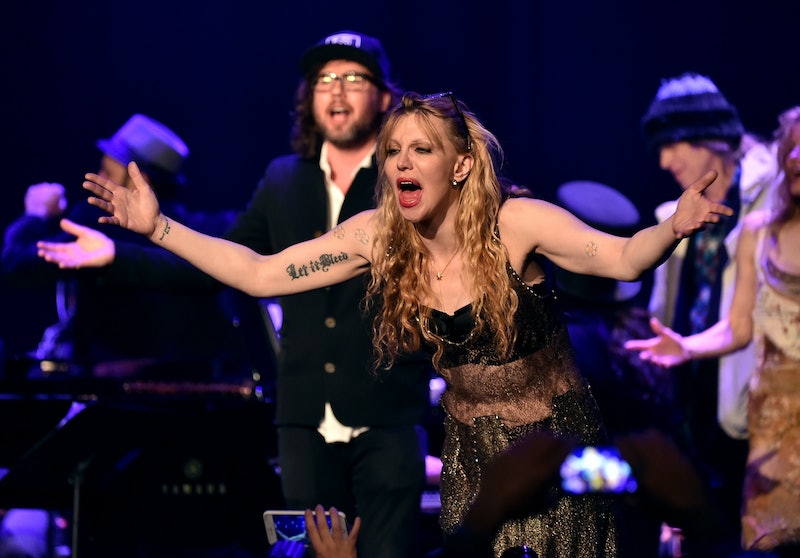 In the '90s, I was just a kid waiting to be a teen in the 2000s, but don't get it twisted; I knew what was going on in pop culture. I will never forget my cousin calling me from Los Angeles to tell me to watch "this totally cool" new movie called Clueless. My mom didn't let me go because I was "too young," even though she would still let me watch Melrose Place with her, but I digress... I guess my love for celebrity started young, and while I knew about the stars who were most beloved to me in the '90s (ahem, Jonathan Taylor Thomas,) there were also plenty of celebrities who people loved to hate in the '90s. I mean, sometimes it was just too easy.

While for me, my most hated '90s celebrities usually ended up being a girlfriend of Leonardo DiCaprio or Andrew Keegan (I had zero chill as a pre-teen), there were loads of stars in the '90s spotlight who people loved to hate for far more valid reasons. This was a time when grunge and alternative music was giving way to bubblegum pop, heroin-chic was "in," and JNCOs reigned supreme. They were weird times, and here are some of the celebrities who stirred up troubled for people during the decade:

Ummm... Halliwell was the first to leave the Spice Girls, which led to their untimely demise in 1998. I cannot ever forgive her for that one.

Moms hated Britney Spears because of her seductive Rolling Stone cover and the fact that their 12-year-old daughters were singing out "hit me, baby, one more time." Teenie-boppers would later hate her for dating Justin Timberlake.

Nirvana — particularly lead singer Kurt Cobain — were the poster boys for grunge and the alt-scene of the '90s generation. Cobain's complicated and drug-ridden relationship with Courtney Love overshadowed a lot of their music, and after his death by suicide, Love has been the subject of various conspiracy theories that claim she's to blame for his untimely death.

They were a group of pretty boys who could sing and dance. Since the beginning of time, people have been hating the hysteria caused by boy bands, but Justin Timberlake is the only one laughing now.

Tyson might seem innocent and care-free now with his roles in The Hangover and foray into pigeon racing, but he had a tumultuous relationship with ex-wife Robin Givens, and in 1992 was convicted of raping a beauty queen and sent to prison for three years.

Shannon Doherty was the television diva causing trouble in the '90s. She infamously stormed off the set of Beverly Hills, 90210, and never returned, and co-star Jennie Garth shared some secrets of their feud in her memoir, Deep Thoughts From a Hollywood Blonde. Garth wrote, "[Shannen] had opinions about a lot of things, including the writing, the wardrobe, you name it. And she wasn't afraid to share them, even if it meant sounding like a complete and utter b*tch." Ouch.

It seems like time and maturity heals all wounds and Doherty later shared in Cosmopolitan , "I did the new 90210 with Jennie and there was something very different about our friendship. We were able to look at each other as grown women and really acknowledge that we liked who the other person was now as adults."

Hugh Grant and Elizabeth Hurley were one of the '90s golden couples, but in 1995, Grant was arrested while with a sex worker on the Sunset Strip in Los Angeles. The tabloids had a heyday with his arrest, causing embarrassment for the couple as they tried to mend their relationship behind the scenes.

She was the jealous girl who many thought was behind the clubbing of America's skating sweetheart, Nancy Kerrigan, in the leg. Harding pled guilty to conspiracy to hinder prosecution of the attackers and was banned from ever skating in U.S. competitions again.

Simpson was involved in the trial of the century when his ex-wife, Nicole Brown Simpson, and her friend Ronald Goldman were killed. He was found not guilty, but spent the rest of the '90s and '00s embroiled in robbery and kidnapping schemes, eventually ending up in Lovelock prison in Nevada in 2008, with a 33-year sentence.

I guess I am kind of glad I didn't pay so much attention to this '90s Hollywood drama, but then again, the '00s were a whole other story...