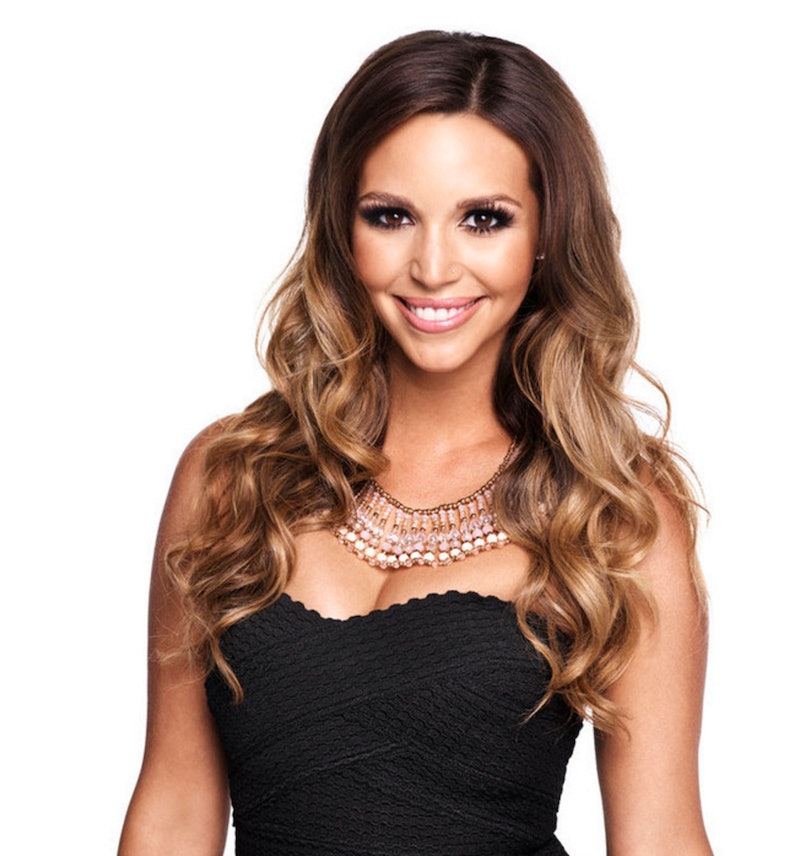 As cackle-inducing as that Jax versus PUMP Manager Eric face-off was, Monday night's episode of Vanderpump Rules wasn't exactly a barrel of Giggys. On this week's ep of the Bravo reality show, Scheana reveals that Shay has been abusing alcohol and prescription pills. She tells Katie, Ariana, Tom Sandoval, Tom Schwartz, and Jax that her husband has not been happy, has been drinking heavily, and is staying with his parents. She has not heard from him in days. Understandably, Scheana is distraught over what is going on in her personal life. As much as she wants to keep her personal and professional lives separate, her marital issues start to affect her at work; She cannot get through a shift at SUR without breaking down, and she has less patience for the day to day drama of the restaurant.

At the very end of the episode, Scheana sits down with boss Lisa Vanderpump for an emotional conversation. She tells Lisa that she is worried about Shay, and much like she did in her Season 3 heart-to-heart with Katie, Lisa lends Scheana an empathetic shoulder to cry on.

“It all started around Christmas time … I noticed his drinking increased a lot. More than drinking … The mixing of pills and alcohol is a double depressant,” Scheana tells Lisa. She explains that Shay had started using Vicodin to combat his knee pain, but that soon spiraled out of control.

“He was taking five a day and I had absolutely no idea,” Scheana says.

Lisa is visibly affected by this news. After Scheana remarks that she feels like she’s been cheated on, Lisa says that it is as if Shay has cheated on her because he’s leading a dishonest, double life.

“It kind of opens the door to a lot of other questions,” Lisa says. “Is he the man you thought he was?”

“That’s why I’ve been a mess,” Scheana says through tears. “I just want him to be OK.”

And thankfully, Scheana and Shay are doing OK.