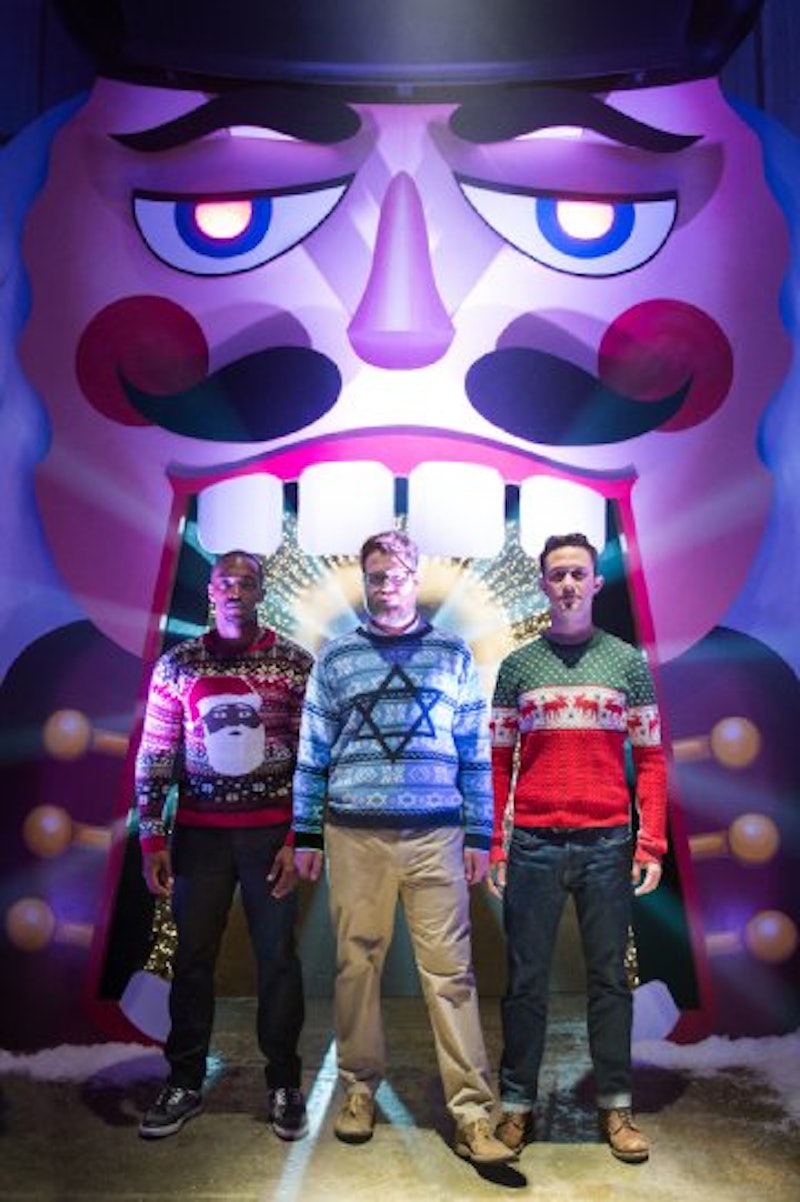 For many nights before many Christmases in the new holiday comedy The Night Before , three friends have searched for the mythical drunken, drugged-up Nutcracker Ball, a mysterious party in New York. It bears little (or no) resemblance to the festive ballet of the same name — there are no pointe shoes or tutus or evil rats at this ball. Yet Google results for "Nutcracker Ball NYC" simply yield any number of performances of The Nutcracker, with no mention of the elite fete. So is The Night Before party real, and where does the Nutcracker Ball take place?

The party serves more as a narrative device and less as an attainable goal for much of the movie — the friends' search for Yuletide celebrations is a kind of last hurrah anchored by a specific quest. They're each confronting a turning point in adulthood, whether family or career obligations, and that point comes closer and closer with each passing year, and then day. If the Nutcracker Ball is real, then it's a pretty well-kept secret. Of course, this fits with the impression the film gives audiences. This is the most exclusive party of the season, after all. It would be amateur to expect one might be able to simply Google it, right?

Yet New York is known for its holiday revelry, and even if there's no Nutcracker Ball, the city has hosted its share of blow-out celebrations. Many of them have been the product of Wall Street, or one-offs at bars and clubs around the city — but there are also any number of spaces that offer rentals for holiday parties, making them possible theoretical hosts for the theoretical Nutcracker Ball.

The fashion elite already knew this, but you can actually rent out the New York Public Library locations, like the Mid-Manhattan Library, for events. Nothing says luxury like a piece of Percy Bysshe Shelley's skull.

Another favorite of the fashion world, Skylight Studio in west Soho hosted the Bibhu Mohapatra Spring/Summer 2016 show. Its capacity ranges from 200 to 2,000, so it's definitely spacious enough to host a decadent event like the Nutcracker Ball.

Far west in Chelsea, the Glass Houses space offers exactly what its name suggests. The full-length windows provide a panoramic view of the Hudson, and better yet, the venue permits as many guests as you can fit inside, according to Refinery 29.

This Rockefeller Center location recently hosted a party in support of Catherine Hardwicke and Morwenna Banks' film Miss You Already . The vintage spot (it opened in 1934 and shuttered briefly in 2009) practically drips high society, and it's a regular venue for live jazz bands in addition to party rentals.

5. Gallow Green At The McKittrick Hotel

Despite its ominous name, the McKittrick's rooftop bar is the perfect spot for an exclusive party. The thready vines offer privacy and lend the space a dramatic, exotic feel. (The McKittrick is not actually a hotel in the traditional sense — it's a series of Manhattan warehouses repurposed for the Macbeth adaptation Sleep No More, its name a reference to Vertigo.)

The exclusive restaurant, housed in an old bank that has preserved all its original fittings like teller's windows, regularly hosts awards ceremonies and glitterati cocktail parties. It's fairly unassuming from the outside, just across the street from Grand Central Station, which would make it an ideal Nutcracker Ball location — both New Yorkers and commuters alike have easy access.

These possibilities don't even venture into the outer boroughs. Brooklyn, in particular, contains myriad event spaces that could be the mythical Nutcracker Ball's home. While there's no evidence that the party actually exists, there's no evidence to the contrary. Whether in a warehouse in Bushwick or a rooftop bar in Tribeca, there must be some doorkeeper somewhere waiting patiently for someone to whisper "Fidelio" in his ear.