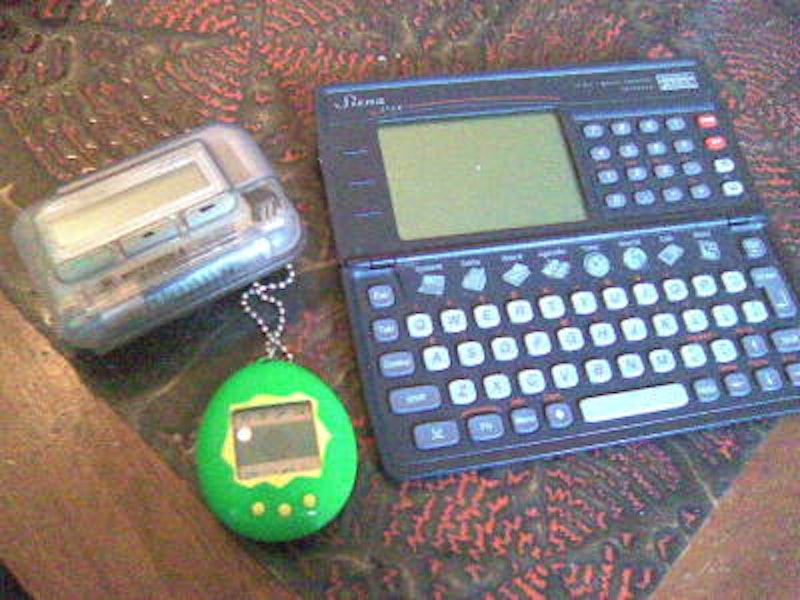 There's no denying that today's technology is leaps and bounds more advanced than that of the stuff I grew up with; such is the nature of scientific advancement. But you know what? There are still a few things I genuinely miss about '90s technology. It wasn't always the fastest or the most elegant, but I have a huge number of fond memories about my brother's and my ancient NES, our very first family PC, and more. I imagine the kind of nostalgia I feel about DOS is the same kind of thing people who wish eight-track tapes were still a thing have going on.

I think what I remember most about the tech from my childhood was how awesome I felt for figuring out how it all worked. If I wanted to install something on the computer, I couldn't just download it, click a button, and have the machine do all the work; I had to learn command prompts and do it myself. If I wanted to watch Are You Afraid of the Dark?, but I knew I wasn't going to be home when it was on, I couldn't just set my TiVo to record it; I had to figure out how the VCR worked. In some ways, I find the technology of the era a lot more accessible than today's stuff — I'm terrified to open up my phone for fear I'll break something, but I was totally willing to turn my tape deck inside out in an effort to fix it if it stopped working.

Of course I appreciate the convenience of modern-day technology — and after all, I wouldn't have the pretty rad job I have now if it didn't exist. But let's take a moment to acknowledge the unexpectedly enjoyable aspects of the now-antiquated devices of the '90s, shall we?

The fact that most landlines and all cell phones come with caller ID has made *69 obsolete — and in some ways, I'm glad. (I'm a phone phobe, so knowing who I'm talking to before I pick up is useful for assuaging my anxiety.) At the same time, though, it was kind of a delightful surprise to dial up *69 in order to determine whose call you just missed (or purposefully ignored).

2. How Friendly Everything Looked

OK, yes, as a grownass woman, I appreciate that my devices' sleek exteriors make them look like they belong to an adult. This is a particular nice bonus given the fact that I am a tiny person and therefore regularly mistaken for being 15. But you know what? I kind of miss the brightly colored iMacs and pagers of my youth. While it's true that skins, cases, and other accessories let us customize our own devices these days, I feel there's something to be said for items designed to look as friendly and approachable as the bubble gum-chewing girl in the house next door who was your BFF during your entire childhood.

3. Blowing Into a Nintendo Cartridge in Order to “Fix It”

Did it work? No idea. But it sure was satisfying.

They were just more fun, you know? The Windows maze one, the famous After Dark flying toasters one, the weird interactive ones my family had on our first PC thanks to the bizarreness of Monty Python's Complete Waste of Time — they were as irreverent as the decade itself, and as much as I love watching my own photos scroll by when my screensaver is on these days, I still kind of miss those oldies-but-goodies.

Does anyone else kind of miss using the phone book? I remember being so proud of myself once I figured out how to find what I needed in it. (It was a big accomplishment for a small child.)

Nothing was more exciting than hearing those three words the second you logged onto AOL. Of course, these days, most of us would rather log onto our email and see absolutely nothing there — such is the nature of being a grownup with, y'know, responsibilities — but back in the day, it was incredibly exciting. Maybe the equivalent today is getting actual mail via the US Postal Service.

Because back in the '90s — or maybe just back when we were kids — it was perfectly acceptable to have StardustSparkle2355 as your online moniker.

8. How Important Having a Pager Made You Feel

I would argue that the only people who were actually important in the way one needs to be in order to carry a pager back then were doctors and other emergency personnel, but hey, it was still a pretty awesome feeling.

9. The Thrill of Hearing Your Favorite Song Play on the Radio

If you didn't own the album or the single, the only way to hear your song of the moment was the radio. It took patience, but if you waited long enough, the glory of the moment would be yours — and if you had enough forethought, you could even get your own ripped-on-a-tape-deck version of it for future listens. The instant gratification of online streaming services is nice, but it just doesn't have the same level of excitement.

10. How Proud You Felt When You Learned to Program the VCR

Or install a program on DOS, or do any of the other things that modern technology has made either incredibly easy — or takes care of for us entirely.

11. A Lack of Selfie Sticks

You never had to worry about bonking a poor passerby in the head while trying to snap a photo of you and your best buds on your disposable camera.

Us '90s kids? We grew up in a pretty exciting time, and a lot of that excitement had to do with the big ol' door a lot of the technical advancements of the era opened. Remember when the Internet was a novelty, not a necessity? Me too. And it was kind of terrific.