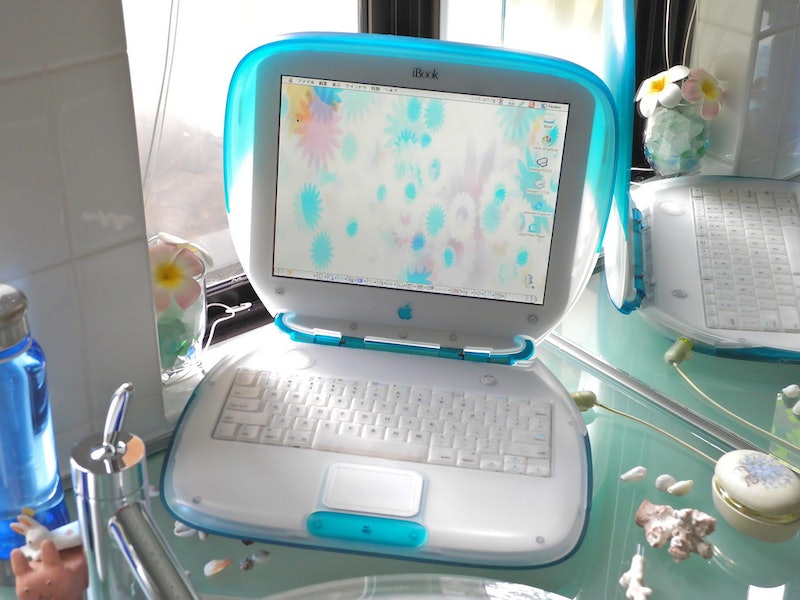 Don't get me wrong — I love my smartphone. Having a miniature computer in my pocket all the time is something my younger self would have metaphorically killed for back in the day. At the same time, though, there are loads of obsolete '90s gadgets I still kind of wish were around today. You never forget your first digital watch, right?

The thing about gadgets, of course, is that there are concrete, tangible reasons they become obsolete over time: As science gallops apace, new technology comes into being that can handle everything the old technology could — except that it can do it better, faster, and generally less expensively. As our gadgets improve, our lives get streamlined, and, well… out with the old and in with the new, as they say.

But sometimes I still long for a few of my childhood's iconic gadgets, most of which have been dearly departed for ages. Sure, they may be ancient by today's standards — when was the last time you saw an audio or video cassette tape? — but today's top-tier electronics will also be considered ancient one day. The nostalgia factor associated with bygone devices will always be high. Anyone else still think back with fondness on these '90s bits and bytes?

They weren't particularly good calculators — or particularly good watches, for that matter — but that didn't matter. Items that did double duty were high on our list of Things That Are Awesome in the '90s, and digital calculator watches definitely checked all those boxes. And hey, I suppose at least these guys are still around in a new and vastly improved form — we just call them “wearables” now.

Mostly for the humor value. Because they were hilarious.

OK, yes, I know — digital photography is more convenient, produces better quality results, and offers instant gratification. But I still think there's something to be said for actual film: The look of it (when it's created without the use of a digital filter), and perhaps more importantly, the time it takes to develop. There was always something weirdly magical about dropping off your canisters of film at the pharmacy photo counter or wherever, waiting a week (or an hour, if you sprang for the miracle that was one-hour photo), and then finally getting a peek at what your vacation snaps or birthday party pictures looked like. Patience is a virtue, right?

Admittedly Nintendo Power Gloves didn't really work all that well; they were, however, just about the most futuristic thing we'd ever seen existing in real life when they were first released in 1989, and for that, I will always remember them fondly. Also, it had its very own movie — The Wizard, also released in 1989 — featuring Fred Savage, Luke Edwards (perhaps best known as Les in Newsies), Christian Slater, and Tobey Maguire in his non-speaking, feature film debut. All that makes it a national treasure in my book.

5. Anything That Involved a Tape Deck

An actual boom box; a Talk Boy; a Walkman, complete with the terrible and extremely fragile little over-the-ear headphones that came with it; whatever. The issues with anything involving audio tapes are the same ones that plague those involving non-digital film — that is, they have a nasty tendency to degrade with time, and if your tape player eats your tape, you're kind of screwed — but man, was the noise they made when you rewound them the best or what?

But not for the reason you think. As I've commented a few times before, I totally missed the HitClips fad when it was at its height — so the real reason I wish this wacky piece of '90s tech was still around is so I could finally experience it for myself. I'm fairly certain I'd find it ultimately underwhelming… but still. Inquiring minds want to know.

The common theme with most of these gadgets is this: Whatever functions they used to perform is now taken care of primarily by one device — your smartphone. But back in the days when kids rarely, if ever, had their own cell phones, electronic diaries (like Dear Diary by Tiger Electronics) were the next best thing. They protected your secrets via fancy-schmancy electronic passwords; they helped you organize yourself; and sometimes, they could even trade messages with other nearby devices. They had their limitations, of course, but the pros far outweighed the cons.

Fun fact: The robot toy known as 2-XL has actually been around in one form or another since 1978. Originally produced by the Mego Corporation, it was discontinued in 1981; however, Tiger Electronics brought it back in 1992, at which point it had another three years of glory before going the way of all things. Also 2-XL was significantly less creepy than Teddy Ruxpin, so at least there's that.

Like Hit Clips, the clamshell iBook only just qualifies a a '90s gadget — it was first released in 1999. Like the original iMac, which debuted in 1998, it was bright, colorful, and friendly-looking, with a design we had never seen before, nor have ever seen since. It came in five shades, many of which were named for food — the orange one was the Tangerine model, the light blue one the Blueberry model, the green one the Key Lime model, and so on. Once the second generation of the laptop came out, though, the clamshell design was traded out in favor of a more conventional look. Ah well; all things must come to an end.

More like this
The First Trailer For 'That '90s Show' Includes So Many Nods To The Original Series
By Jack Irvin, Alyssa Lapid and Grace Wehniainen
This AI Filter Shows How You’d Look In Different Time Periods
By Alexis Morillo
Here’s How To Find Your Spotify Wrapped
By Emma Lord and Emma Carey
Here’s How To Turn On Instagram Post Notifications
By Megan Grant and Alexis Morillo
Get Even More From Bustle — Sign Up For The Newsletter