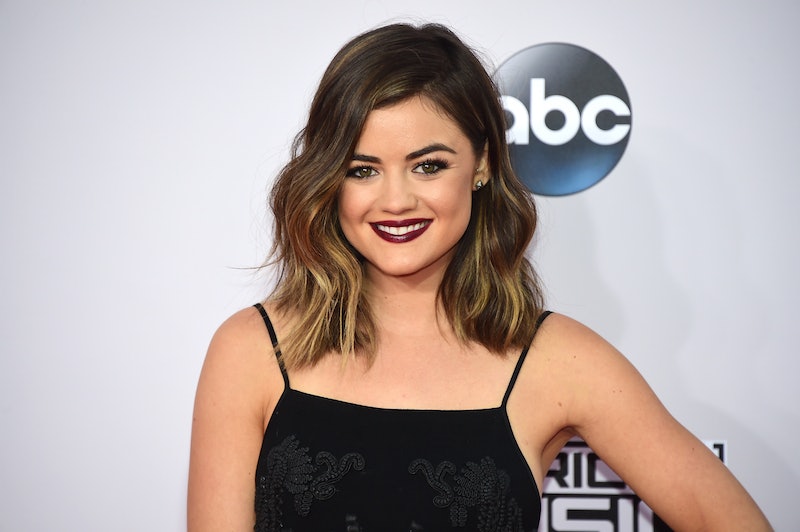 You may not have heard of Lucy Hale's upcoming movie Dude yet, but that's definitely going to change soon. It's about about four female best friends in the final weeks of high school, according to Deadline, who must deal with everything life throws at you as you move into the next phase of your life. It sounds a little like The Sisterhood of the Traveling Pants, but much darker. All of Dude's leads have starred in TV shows, so it's fast becoming a movie featuring the best of television's talent. Now Variety has reported that Ronen Rubinstein will join Dude , after previously appearing in Orange is the New Black, rounding out a stellar cast.

Dude will include everything people deal with in high school, the good and the bad, from smoking weed in their cars with their squad, to friendships changing forever, to losing their first love. Written and directed by Olivia Milch, the movie is sure to give us all the feels as we reminisce about our own high school experiences (even if that seems like a million years ago now).

The other ladies rounding out Lucy Hale's crew in Dude are Kathryn Prescott, Alexandra Shipp, and Nora Lum, who also goes by the alias “Awkwafina” in her rap career, which is too cool. Prescott plays Carter Stevens on Finding Carter, while Shipp starred in Disney's House of Anubis, as well as Lifetime's Aaliyah biopic and Straight Outta Compton. Lum, in addition to rapping, has appeared on MTV's Girl Code .

Any Pretty Little Liars- related news is good news as far as I'm concerned, especially when a movie sounds as interesting as Dude does. I can't think of a better role for Hale than in a real coming-of-age movie, alongside some key female TV talent. Movies about female friendship, starring up-and-coming women in Hollywood, are always welcome. Plus, Hale has proven time and again that she knows to portray authentic female friendship as part of Pretty Little Liars' core group.

Just like on PLL, it sounds like the squad in Dude will be dealing with some serious issues, as well as navigating complicated love lives with the likes of Rubinstein. Whether you're already a fan of Hale's or not, this is definitely a movie to watch for.