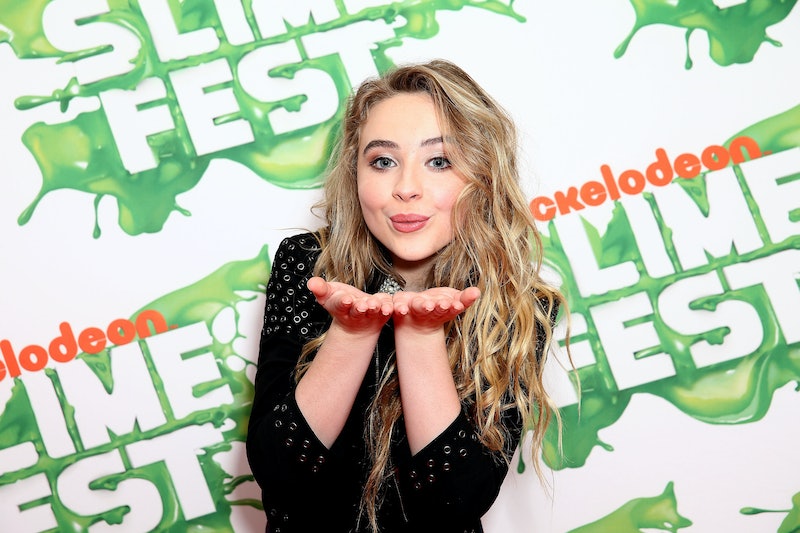 Even though Adele's full 25 has officially dropped, people still can't get enough of "Hello," her first single from the long-awaited album. The song is full of longing for lost love, and her powerhouse performance is chill-inducing even after you've had the song on repeat all day. I certainly don't envy the singers who have already stepped up to the mic to put their own spin on the song. In fact, so many singers have performed covers of Adele's "Hello" since its initial release, you have likely heard more than enough to last you a lifetime. But trust me when I say you need to hear one more, because Girl Meets World star Sabrina Carpenter covered "Hello" on her YouTube channel, and it is incredible.

On the Disney Channel series, Carpenter plays the tough on the outside, damaged on the inside wonder that is Maya Hart. Her performance on the show is so dynamic, it is easy to forget she is acting sometimes. The truth is, Carpenter is even more talented than you imagined, because she also has an absolutely stunning voice, which is really shown off in her cover of "Hello" — with a bonus Adele-inspired intro that pays homage to the original music video.

Carpenter's is the "Hello" cover you have been waiting for. Emotionally raw, moody, and powerful, her take on Adele's insta-classic song is breathtaking. The 16-year-old star has remarkable range and she imbues the song with a level of heartbreak I have to believe Adele would be proud of. She holds absolutely nothing back and hits every note on what is undeniably a challenging song.

"Hello" is far from Carpenter's first cover. The actress/singer has taken on everything from Taylor Swift's "Shake It Off" to Rhianna's "Stay" on her alternate YouTube channel (which you should definitely be following). Carpenter doesn't just add her own spin to other people's music though, she just so happens to have a burgeoning music career all her own. Her first original album Eyes Wide Open is available now, and it is full of all-new pop gems like "Can't Blame a Girl for Trying."

Onscreen, Carpenter's Maya is perpetually lacking in confidence when it comes to her own talents, but that is one trait Carpenter definitely doesn't share with her Girl Meets World character. She is not afraid to take risks, and in the case of her most recent cover, they definitely pay off. It takes serious moxie to take on an Adele song — and this isn't even the first time Carpenter has done so. Check out her killer cover below and prepare to be slayed by just how amazing her voice truly is.

After you stop freaking out over how perfect Carpenter's cover is, take a moment to appreciate the fact that she is 16 years old. If this is her at the beginning of her career, just imagine what the future holds. At this rate, it won't be long before young artists are rushing to cover her music.