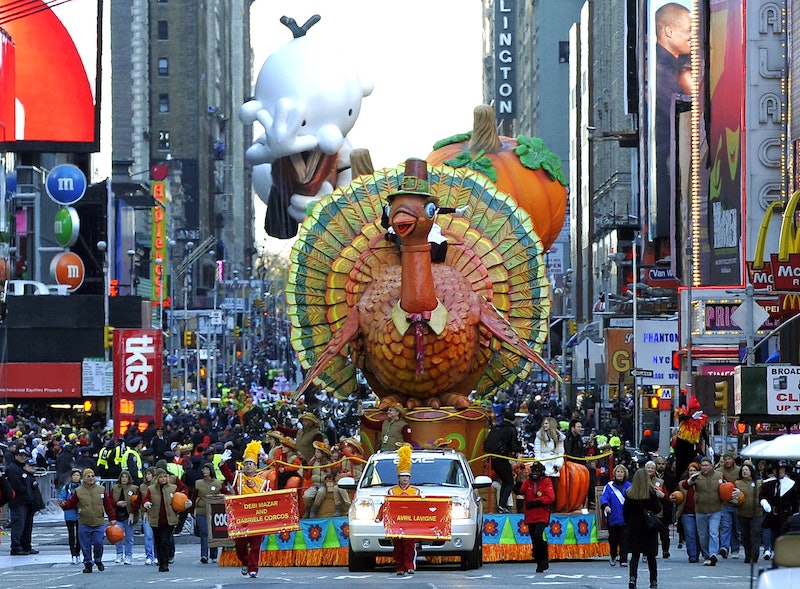 Unfortunately, there's no great way to live stream the Macy's Thanksgiving Day Parade, but there are a few options that will allow you to catch the major highlights from this year's event. Much like Thanksgiving dinner with your family, figuring out how to live stream the parade online can be awkward and frustrating, but when it's all over, you'll be glad you sat through it.

The 89th Annual Macy's Thanksgiving Day Parade airs Thursday, November 26 at 9 a.m. ET on NBC, and if you don't have a proper TV set handy, you can always live stream the parade through the network's official website. You'll only be able to watch less than five minutes of the broadcast before you'll have to verify your cable subscription with the proper log-in credentials. There's also an NBC mobile app that allows you to live stream your local station in select markets. So basically, if you don't subscribe to cable, you can't really live stream the parade.

Use Your Cable Provider

If you do subscribe to cable, and your provider allows you to live stream NBC, you'll be saying hello to a giant Pikachu balloon in no time. If not, you just gotta catch 'em all somewhere else.

The official Macy's Thanksgiving Day Parade 2015 app unfortunately won't feature a live stream of the main event this year. Though this free app is really meant as a supplement to the parade, you can still use it whether you're actually able to see the parade or not since the app includes news, behind-the-scenes prep, and activities like creating your own augmented reality balloon. You might say that kids would enjoy this app the most, but aren't we all young at heart while the Macy's Thanksgiving Day Parade is on?

The official hashtag of the Macy's Thanksgiving Day Parade is #MacysParade, conveniently enough. If you follow that hashtag on your social platforms of choice, such as good old Twitter and Instagram, you're likely to see real-time updates, photos, and videos of the festivities. It definitely won't be the same as watching the event live or on TV, but it's better than going a year without watching the parade amirite?