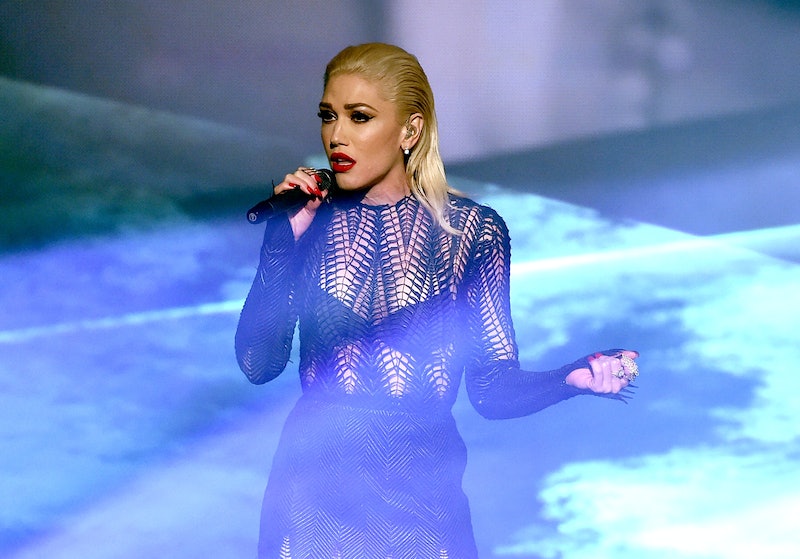 I know that they say history is bound to repeat itself, but there must have been a time machine at this year’s American Music Awards. Last time I checked, my calendar said 2015 at the end of the date, but at the ceremony, it definitely felt like twenty years prior. Why? This was the most 1990s American Music Awards ceremony like, ever, or at least since 1995, when most of the references at this AMAs were relevant.

To start things off, Jennifer Lopez hosted the American Music Awards, and she danced her butt off. I can’t remember the last time I saw her dance — it was probably 1998 and she was performing “If You Had My Love,” “Waiting For Tonight,” or “My Love Don’t Cost A Thing.” Lopez has really graduated from dancing (she mostly sings, acts, or produces now), and it was a great throwback to see her moves again. A bonus? Sean “Puff Daddy” Combs (who once again goes by the name he went by in the late 1990s) presented at the AMAs and called out Jennifer Lopez as a great host. Remember when these two dated?

The next moment that was totally 1990s? The Clueless reunion of Alicia Silverstone (who played Cher) and Jeremy Sisto (who played Elton) to announce only one of the most important artists of the 1990s — Gwen Stefani. When Clueless came out, Stefani wasn’t yet a solo artist — she was the lead singer of No Doubt, and in October of 1995, the band released their mega-hit debut album Tragic Kingdom. You know you have “Spiderwebs” stuck in your head already. The American Music Awards also went full '90s with one of the biggest performances of the night — Alanis Morissette and Demi Lovato dueting on “You Oughta Know” from Morissette’s 1995 debut (and one of my favorite albums of all time) Jagged Little Pill.

If you’re a 1990s nostalgia buff like myself, this American Music Awards was right up your/our alley. Imagine what could be in preparation for next year’s events — Jelly shoes? Pogs? Fiona Apple yelling about MTV? Ethan Hawke moodily reading off a teleprompter? A Soundgarden reunion song? I already have my flannel on and I can’t wait to find out.

More like this
Demi Lovato's New Song "29" Hints At Their Age Gap From Ex-Boyfriend Wilmer Valderrama
By Jake Viswanath
Now That 'Renaissance' Is Here, Let’s Revisit Beyoncé’s First Solo Album From 2003
By Grace Wehniainen
Jennette McCurdy’s First Kiss On 'iCarly' Didn’t Go As Planned
By Bustle Editors
Lisa Kudrow Explained How Her Body Image Changed While Filming 'Friends'
By Grace Wehniainen
Get Even More From Bustle — Sign Up For The Newsletter