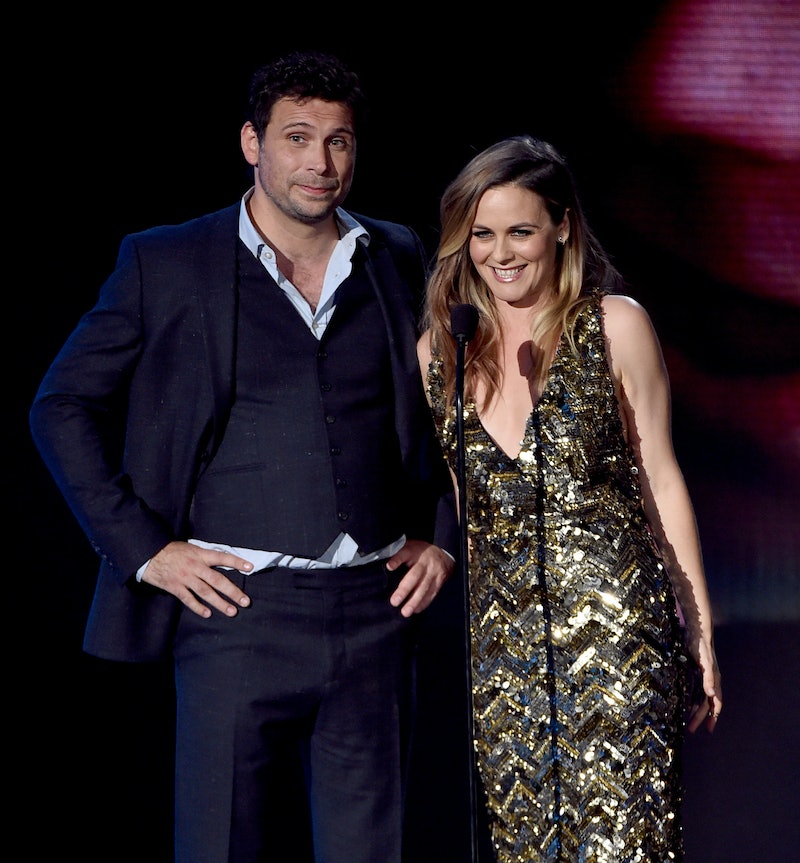 The American Music Awards are like, way existential. Well, OK, they’re really not, but Sunday's show was super important for children of the 1990s like me because there was a Clueless reunion an the AMAs! Jeremy Sisto (aka Elton) and Alicia Silverstone (aka the one and only Cher Horowitz) teamed up to introduce Gwen Stefani’s emotional performance of her new single, “Used To Love You.” Now, you’re probably saying, “Hey, why were Jeremy Sisto and Alicia Silverstone at the American Music Awards? They’re not even musicians!” And you’re pretty much right, but you’re also discounting the major, major role that Sisto, Silverstone, and Stefani played in the late 1990s.

Clueless and its music were a big damn deal when the movie came out in 1995 (yes, it’s been 20 years) — remember, kiddos, we didn’t have the Internet to download our tunes on, so we had to listen to CDs for soundtracks, and Clueless’ was among the best of them. Gwen Stefani was helming No Doubt and performing all the songs from Tragic Kingdom, the band’s debut album, at the same time Clueless was in theaters. It’s a perfect amalgamation of the 1990s music scene to bring together Clueless and Gwen Stefani. They were both pretty important touchstones of the decade.

It’s really nice to see that both Silverstone and Sisto still embrace the movie that shot them both into the mainstream. Both look amazing (as does Stefani, who I think has a time machine because she looks younger now than she did then). I’m all for this 1990s nostalgia machine, mostly because everything was so fun. I would have loved to see Dionne, Murray, and Amber up on the American Music Awards stage, too, but maybe it will happen for the 25th anniversary for Stefani and her newest album.

More like this
Shakira Joked About An Early 2000s Video Of Her First Camera Phone Encounter
By Stephanie Topacio Long
Revisit 1992’s 'A League Of Their Own Cast' Photos After The New TV Series
By Grace Wehniainen
At 28, Lesley Manville Was Acting, Picketing, & Singing Kate Bush Songs
By Olivia-Anne Cleary
Twitter Is At Odds Over Taylor Swift’s Possible ‘All Too Well’ Oscar Run
By Brad Witter
Get Even More From Bustle — Sign Up For The Newsletter